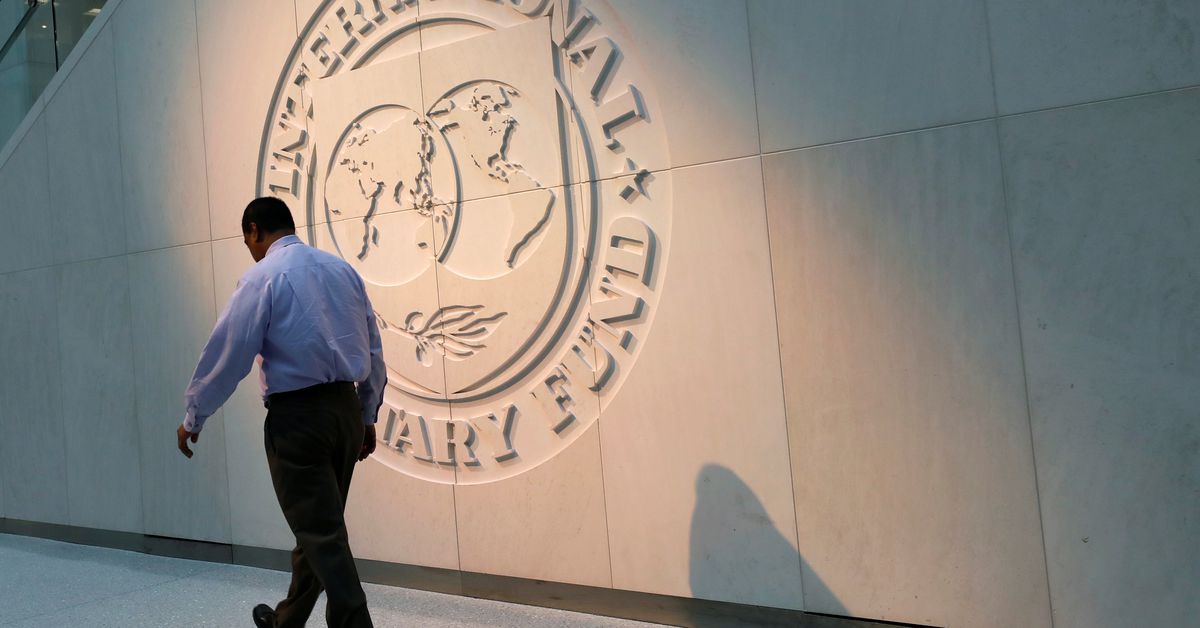 WASHINGTON, Oct 11 (Reuters) – The International Monetary Fund warned on Tuesday that colliding pressures from inflation, war-driven energy and food crises and sharply higher interest rates are pushing the world to the brink of recession and threatening the stability of financial markets.

In gloomy reports issued at the start of the first annual meetings of the International Monetary Fund and the World Bank in three years, the IMF urged central banks to continue their fight against inflation despite the pain caused by monetary tightening and the rise of the US dollar to a two-decade high, the two main drivers behind a recent bout of financial market volatility.

Cutting its global growth forecasts for 2023 further, the IMF said in its World Economic Outlook that countries representing a third of world output could be in recession next year.

“The three largest economies, the United States, China and the euro area, will continue to stall,” Pierre-Olivier Gourinchas, the IMF’s chief economist, said in a statement. “In short, the worst is yet to come and for many people, 2023 will feel like a recession.”

The IMF said global GDP growth next year will slow to 2.7%, down from a July forecast of 2.9%, as higher interest rates slow the US economy, Europe grapples with high gas prices and China struggles with continued Covid-19 – shutdown and a weakened property sector.

The global lender maintained its 2022 growth forecast of 3.2%, reflecting stronger-than-expected output in Europe but a weaker performance in the US, after a blistering 6.0% global growth last year as the COVID-19 pandemic eased .

Some key European economies will fall into “technical recession” next year, including Germany and Italy, as energy prices peak and shortages reduce output. China’s growth outlook was also downgraded as the country grapples with continued Covid-19 lockdowns and a weakened property sector, where a deeper downturn would slow growth further, the IMF said.

– It is difficult to think of a time when uncertainty was so high, Tobias Adrian, the IMF’s money and capital markets director, told Reuters in an interview. “We have to go back decades to see so much conflict in the world, and at the same time inflation is extremely high.”

A man walks past the International Monetary Fund (IMF) logo at its headquarters in Washington, U.S., May 10, 2018. REUTERS/Yuri Gripas

Finance officials from the IMF’s 190 member countries are grappling this week with this uncertainty from various economic positions in Washington, along with food and energy crises prompted by the war in Ukraine and other global challenges, including massive financing needs for clean energy.

The IMF said central bankers had a delicate balancing act to fight inflation without over-tightening, which could push the global economy into an “unnecessarily severe recession” and major economic pain in emerging markets that see their currencies fall sharply against the dollar.

But Gourinchas said controlling inflation was the top priority and giving up too soon would undermine central banks’ “hard-won credibility.”

“What we are recommending is that central banks stay the course. Now that doesn’t mean they should accelerate compared to what they have done,” Gourinchas told a news conference, adding that it was “a bit early” to change course.

“I think right now our advice is, ‘let’s make sure we see a decisive decline in inflation’.”

The IMF forecast that global headline consumer price inflation will peak at 9.5% in the third quarter of 2022, declining to 4.7% by the fourth quarter of 2023.

But the outlook could darken considerably if the world economy is hit by a “plausible combination of shocks”, including a 30% rise in oil prices from current levels, the IMF said, pushing global growth down to 1.0% next year – a level associated with sharply falling real incomes.

Other components of this “downside scenario” include a steep drop in Chinese real estate investment, a sharp tightening of financial conditions caused by currency depreciation in emerging markets and a continued overheating of labor markets resulting in lower potential output.

The IMF put a 25% chance of global growth falling below 2% next year – a phenomenon that has only happened five times since 1970 – and said there was more than a 10% chance of a global GDP contraction.