I think Coca-Cola is in a tie 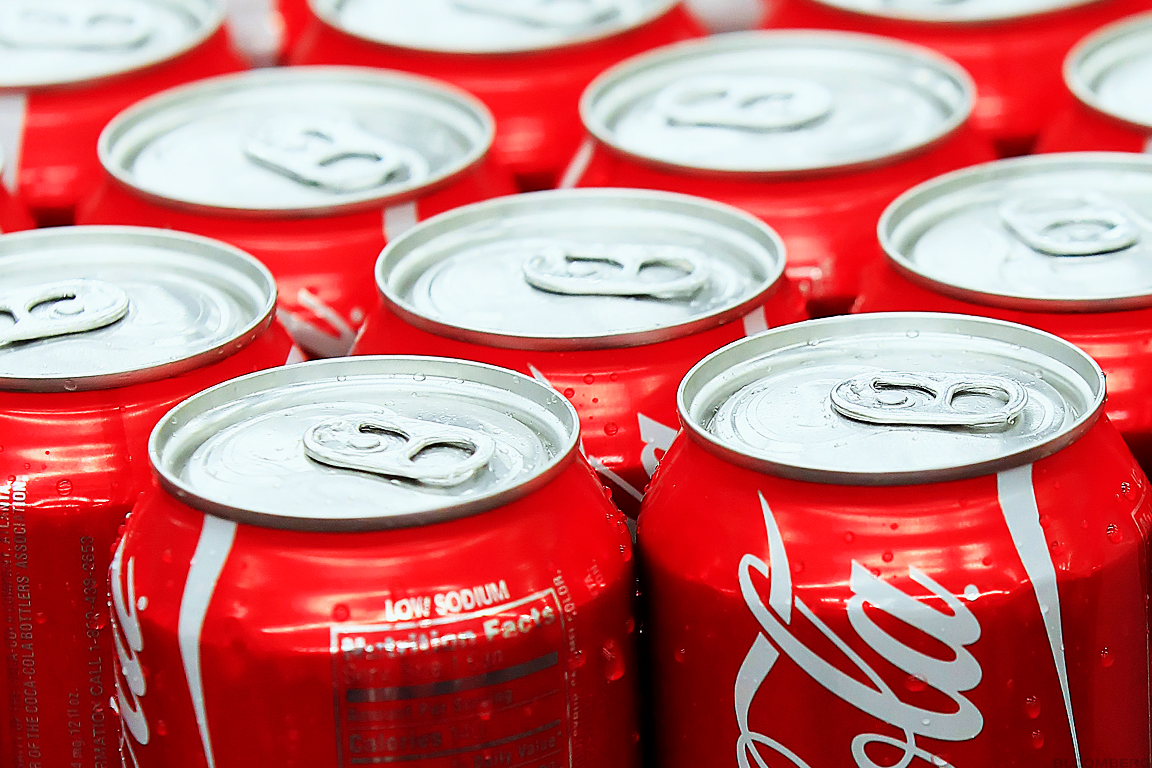 I decided to write this piece in response to the Coca-Cola (KO) revenue this morning, and I come to it. It is obvious that several have emerged since that time, which must also be addressed. Conversation over the macro world this morning, and not just there, but probably where thoughtful people can gather, is likely to lean against retail sales in December and what that means to the consumer. Or … the economy in general. Obviously forecasts for both the fourth quarter and the entire 2018 GDP will now hit.

So was the worst month of retail since 2009 just a quirky numerical result that one can easily reconcile with the government's closure? It would be a nice and neat way to set these numbers aside. Facts, however, tell a different story. We learned earlier this week that three-month delinquencies for auto loans are at seven-year highs. Also earlier this week we saw an NFIB Small Business Optimism Survey that hit the lowest point seen in two years. Know what, according to the University of Michigan, consumer sentiment fell sharply in December to its lowest level since the election in November 201

6. Oh, and this is important … The Fed was still wandering short-term interest not only into but clearly exacerbating this environment. What this did was drive US dollars into valuations that would end up damaging the US economy.

Now we can discuss Coca-Cola.

Early Thursday morning Coca Cola went to the band with the company's fourth quarter results. The result was in line with expectations. Revenue showed a decline of 5.5% from Q4 2017, but it hit industry expectations. Operating revenues increased by 21% in the fourth quarter, as the company was able to dispose of some of its business areas with a lower margin. Guidance is tough. The company expects to see organic revenue growth of 4% in 2019, but the company has been negatively affected by the rising costs associated with the domestic business. It is at least partly a thing of a trade war. The exchange rates are an important headwind for a company like Coke. Let me explain. You can look at all the tables that the company has released with their earnings. Or, I could just tell you.

The table entitled "Operating revenues and EPS from continuing operations" shows a consolidated increase of 21% mentioned above. However, this figure is hindered by a negative currency impact of 12%. It is strange that the only regions where there is no negative currency impact show that North America has had a 12% decline in operating revenues. All other regions suffered, especially Latin America.

What makes a US big-money multinational company in an environment hampered by a debilitating global economy that values ​​US dollars more than competing currencies? The answer is to make less money than they would otherwise have. 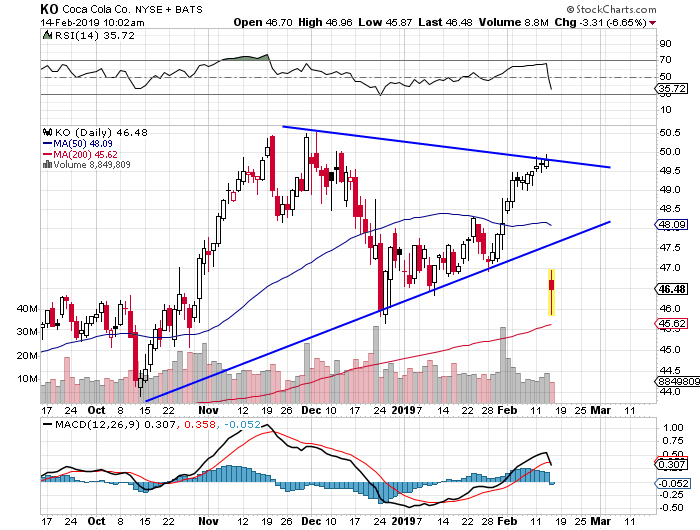 I think CEO James Quincey is doing a good job. That said, I think the company is in a tie. It's stiff. It usually plays well if an economy slows down. I need to see a weaker dollar. We get it, and this company will surprise the upside. Until we get more than a weak of a day's weakness out of dollar values, I think investors can wait for the pitch. You like Coke … buy it in 200 day SMA. Almost came today. Still maybe. The daily MACD and Relative Strength are both edged up for the bears.