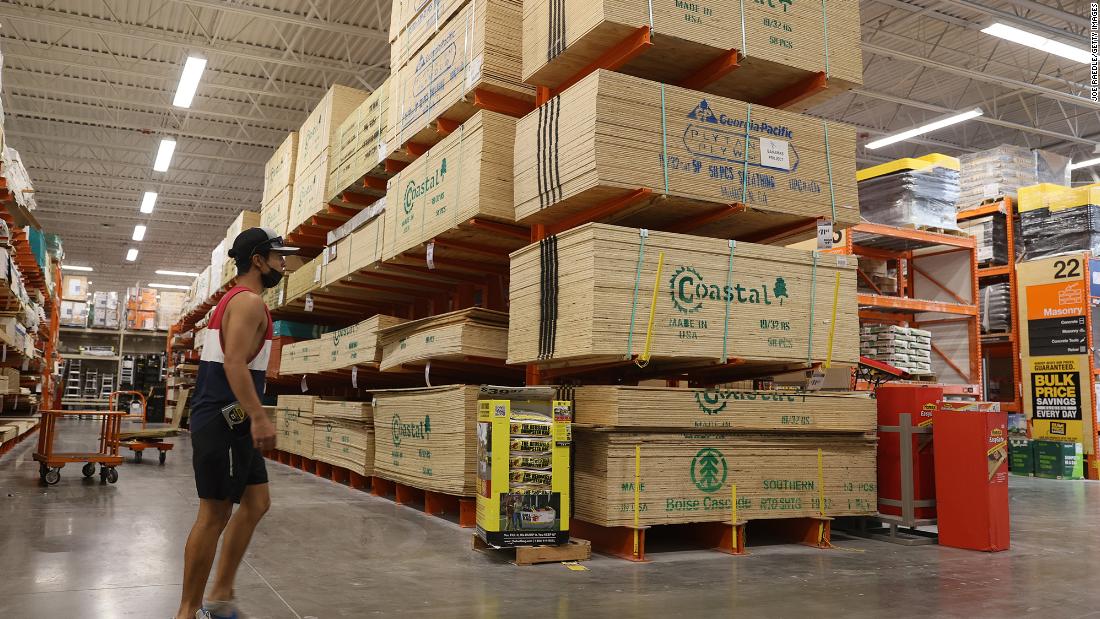 Shares of Home Depot have fallen 24% because of fears about eventual rate hikes from the Federal Reserve hurting the housing market and consumer spending. Mortgage rates have already started to climb.
Concerns of a housing slowdown may be overblown, however: Home Depot (HD) reported fourth quarter earnings and revenue Tuesday that topped Wall Street’s forecasts, with profit surging 17% and sales at stores open at least a year climbing a healthy 8.1%.

The home improvement retail giant also announced a 1[ads1]5% increase in its quarterly dividend to shareholders and issued a cautious, but mostly upbeat outlook for 2022. Home Depot said it expects “slightly positive” sales growth and that earnings will grow in the low single digits .

The stock was down 9% Tuesday morning, though … largely due to the more guarded guidance.

“While we are encouraged by the consistent and resilient demand we’ve seen for home improvement, broader uncertainty remains with respect to the impact of inflation, supply chain dynamics and how consumer spending will evolve through the year,” said Home Depot chief financial officer Richard McPhail in a conference call with analysts.

But CEO Craig Menear said in the earnings press release that the 2021 results were “a testament to investments we have made in the business, our ability to execute with agility, and our associates’ relentless focus on our customers.”

This is Menear’s last quarter as Home Depot CEO. Menear, who has been the head of the company since November 2014, is stepping down as CEO on March 1 but will remain chairman. Home Depot’s long-time chief operating officer, Ted Decker, is succeeding Mr. as CEO.
Menear’s tenure was a lucrative one for Home Depot investors. The stock has surged more than 255% since November 2014, easily outperforming both the S&P 500 (SPX) and a broader index of retail stocks (XRT) during that time. Home Depot did lag rival Lowe’s (LOW)though.

Lowe’s, which will report its latest earnings Wednesday morning, has soared nearly 290% since November 2014. Lowe’s, which is now run by former Home Depot and JCPenney executive Marvin Ellison, outperformed Home Depot slightly in 2021, too. Shares of Lowe’s fell 4% Tuesday.

In addition to tough competition, Home Depot also has to contend with the impact that inflation and supply chain concerns are having on consumers’ wallets.

While rising prices for lumber, copper and other housing materials helps boost sales, some shoppers may start to pull back on spending because of inflation.

“Demand from regular consumers is now somewhat choppier that it was during the height of the pandemic,” said Neil Saunders, managing director of GlobalData, in a report Tuesday.

“Most people are still fairly committed to spending on their homes, but the number of projects they want to undertake and the amount of money they are prepared to commit to home improvement going forward is less certain than it was a year ago,” Saunders added .