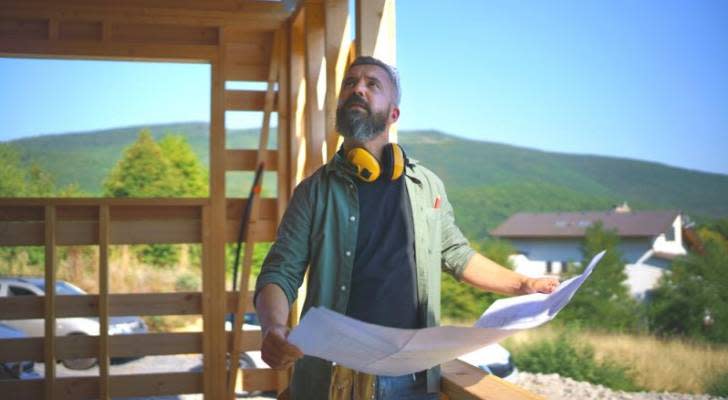 US mortgage rates crept back up this week as mortgage demand fell, according to a pair of widely followed reports.

Buyers and sellers are increasingly on edge as the average 30-year fixed mortgage rate — now more than double what it was at the start of the year — inches closer to 7%.

Housebuilders are also losing confidence in the housing market due to rising prices, which an industry leader calls “unhealthy and unsustainable”.

The average rate on a 30-year fixed mortgage hit 6.94% this week, up from 6.92% a week earlier, mortgage finance giant Freddie Mac reported Thursday. A year ago at this time, the 30-year interest rate averaged 3.09%.

While the latest rate hike was more moderate than in previous weeks, borrowing costs are still at 20-year highs and getting worse.

“Additionally, homebuilder confidence has fallen to half of what it was just six months ago, and construction, particularly single-family housing, continues to slow.”

Since then, buyers have lost considerable purchasing power – and many have had to adjust their budgets or put their searches on hold.

Faced with fewer buyers, sellers are no longer able to hit all the shots.

“Among recently sold properties that were on the market for more than a month, sellers had to drop prices by 12% on average,” says Nadia Evangelou, senior economist for the National Association of Realtors.

Read more: Did you buy a house before 2022? If the answer is ‘no’, you’ll likely be on the wrong side of economic inequality for the next decade – here’s why

The increasingly popular five-year adjustable-rate mortgage (ARM) averaged 5.71% this week, down from 5.81% a week earlier.

A year ago at this time, these adjustable rate mortgages averaged 2.54%.

This week’s rate drop is likely to fuel even greater demand for the five-year ARM, which comes with a fixed rate for the first five years and then adjusts up or down based on a benchmark like the prime rate.

Buyers have acquired adjustable-rate mortgages at rates not seen since the Great Recession, betting they will have an opportunity to refinance to a lower, fixed-rate mortgage before the ARM adjusts.

Mortgage rates may be at a ‘new normal’

Prices have risen steadily this year amid actions by the Federal Reserve to curb decades of high inflation — despite the pain it’s causing consumers.

Today’s rates can be considered “the new normal”, says Evangelou.

She points out that 7% rates were typical in the mid-to-late 1990s and early 2000s. Nevertheless, home ownership was higher than it is now.

“Today’s potential buyers also have to deal with higher inflation,” says Evangelou. “While inflation is outpacing wage growth, the typical family must stretch their budget and spend more than 25% of their income on mortgages.

“Including other expenses such as mortgage insurance, home insurance, taxes and property maintenance expenses, home purchase costs exceed 30% of a typical family’s income.”

Mortgage applications fell 4.5% week over week, according to the latest report from the Mortgage Bankers Association (MBA).

“The speed and level to which rates have climbed this year has sharply reduced refinancing activity and exacerbated existing affordability challenges in the buying market,” said Joel Kan, MBA’s vice president and deputy chief economist.

“Housing activity, which ranges from the initiation of housing to housing sales, has been in a downward trend together with the rise in prices.”

Applications to refinance existing loans fell 7% from a week earlier and were 86% lower than last year. The refi share of mortgage activity fell to 28.3%, down from 29% the previous week.

Applications for mortgages to buy homes fell 4% this week – and were 38% lower than the same week a year ago.

“With rates at these high levels, the ARM share rose to 12.8% of all applications, which was the highest share since March 2008,” says Kan.

“ARM mortgages continue to remain a viable option for borrowers who are still trying to find ways to lower their monthly payments.”