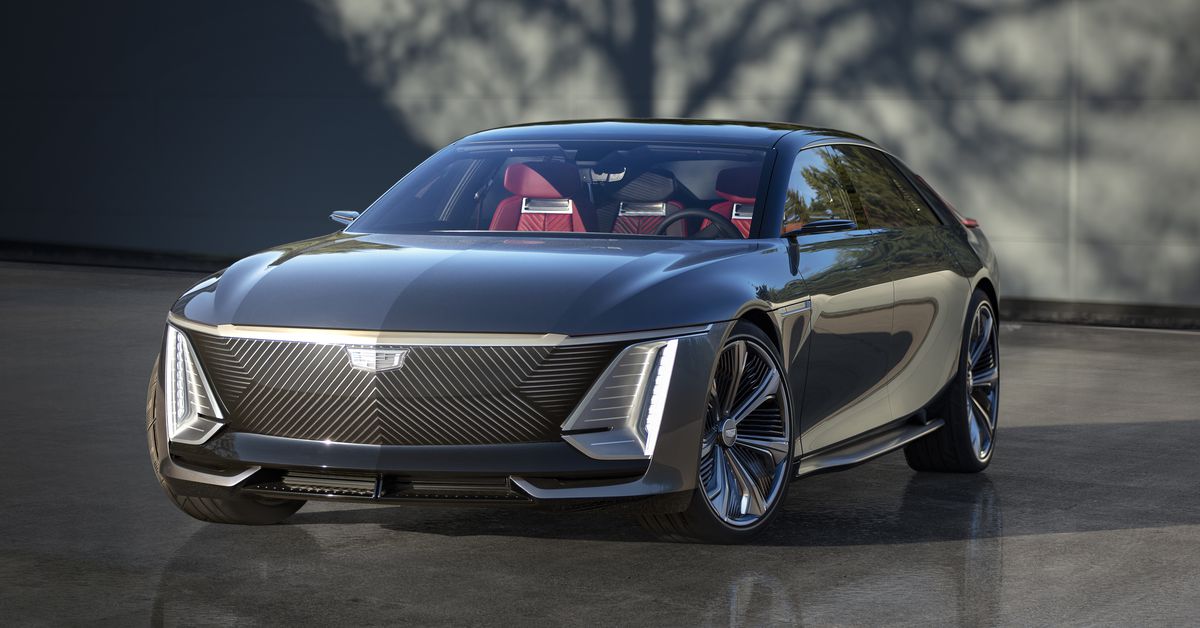 After a year of teasing, General Motors revealed the Cadillac Celestiq, a $300,000 ultra-luxury electric sedan that the automaker says is the most Cadillac Cadillac has ever had.

The Celestiq is Cadillac’s first major effort to capture some of the high-end market currently dominated by Rolls-Royce and Bentley. As such, GM is heaping on the superlatives with the description of this Ultium-powered, 55-inch digital display flagship EV—despite the fact that it’s still just the show car version of what’s expected to be a production-ready vehicle out later this year. It̵[ads1]7;s “the purest expression of Cadillac” that was “inspired by the brand’s 120-year heritage,” chockablock with “handcrafted” materials and all of GM’s most sophisticated technology.

But what about the car itself? The low-slung fastback shape is reminiscent of the Porsche Panamera or Mercedes-Benz EQS – but the comparisons mostly stop there when you start to drill down into the details of the design. The rear end of the Celestiq has four sets of corner brake lights, two on each side, that extend all the way to the wheel wells. It will surely be the Celestiq’s most distinctive – and polarizing – design detail.

Interestingly, GM refers to the Celestiq as a “show car,” implying that it’s just a custom job intended for public display and not for sale. While that doesn’t mean there will be major differences once the production version is revealed, it’s still interesting that GM sees fit to make that distinction.

But aside from getting the moment in the spotlight for the first time, not much else is being revealed. Since it’s just a show car, GM is staying mum on most of the relevant specs, including range, battery capacity, charging time and acceleration measurements.

Instead, the automaker is focusing on the Celestiq’s bespoke nature—each vehicle will be handcrafted, and Cadillac reportedly only plans to make about 500 units a year—as well as the high-tech elements meant to set this Cadillac apart. of the others. Presumably we’ll get more nifty details when the production version is revealed later this year.

That includes the 55-inch, pillar-to-pillar digital display with “electronic digital blinds,” which GM describes as an active privacy technology that allows passengers to watch videos while blocking it from the driver. The interior is trimmed in red leather, presenting the Celestiq as an electric car fit for royalty (or perhaps just the über-rich).

The panoramic glass roof, a common feature in modern EVs, is modularly adjustable thanks to GM’s “Suspended Particle Device” technology. This allows each passenger in the vehicle to set their own level of transparency, carrying over this theme of customization, personalization and privacy.

The interior is trimmed in red leather, presenting the Celestiq as an electric car fit for royalty (or maybe just the über-rich)

The electric sedan, expected to debut in 2023, will be the first to include GM’s new Ultra Cruise advanced driver assistance system, which the automaker claims will cover “95 percent” of driving scenarios on 2 million miles of U.S. roads. The system is also the first to use Qualcomm’s new Snapdragon Ride Platform, which will have processing power equivalent to “several hundred” personal computers.

We also get a few more details on GM’s production plans for the Celestiq. The automaker plans to invest $81 million to support assembly at GM’s Global Technical Center in Warren, Michigan, the campus originally designed by famed Finnish architect Eero Saarinen. The Celestiq will be the first production vehicle built there since the center’s inauguration in May 1956.

GM first showed off the Celestiq to a handful of reporters at its EV Day event in early 2020, but it’s only now releasing full images of the extravagant EV. The Celestiq is meant to serve as a companion to the Cadillac Lyriq, which just went into production earlier this year.