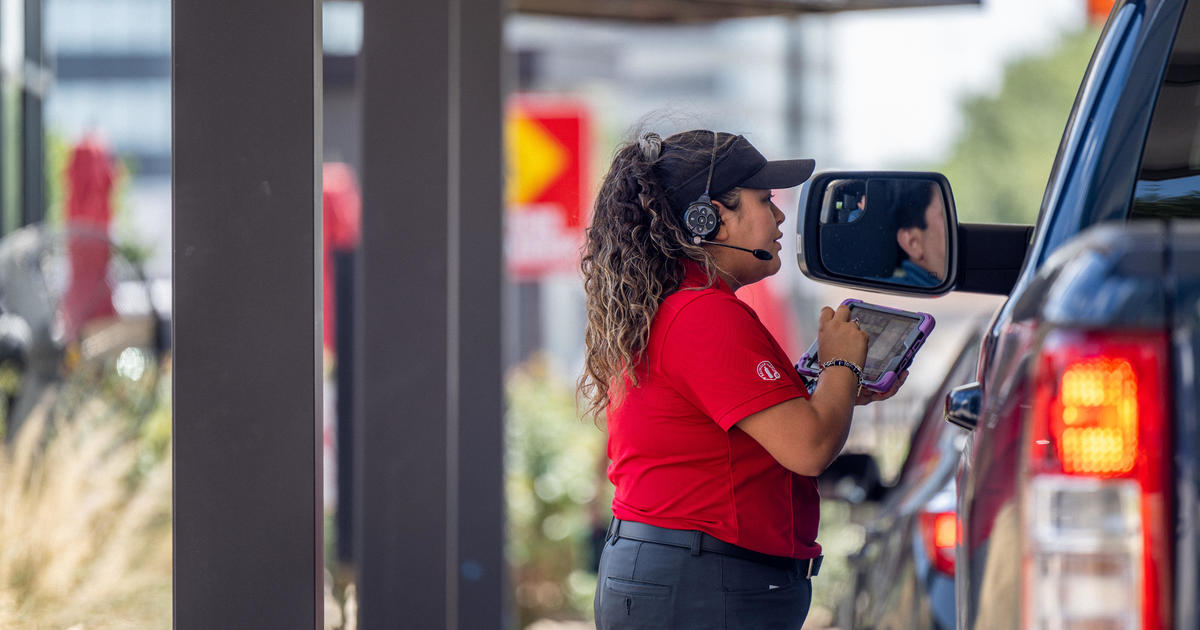 According to industry publication QSR magazine’s Drive-thru Report, Chick-fil-A has the slowest drive-thru time of 10 popular restaurants, at 325 seconds, or about 5 1/2 minutes, on average. Wendy’s, whose founder Dave Thomas is credited with pioneering the drive-thru concept, was also among the slowest restaurants surveyed at 275 seconds, or nearly 5 minutes.

Meanwhile, the fast food restaurant known for its Mexican pizzas and chalupas has the fastest turnaround time. Taco Bell completes customers̵[ads1]7; drive-thru orders in 222 seconds, or just over 3 1/2 minutes, according to the report. Taco Bell speeds are high because the company “focused on streamlining the ordering process to alleviate bottlenecks and advancing our back-end technology to simplify order fulfillment,” a spokesperson said in a statement to CBS MoneyWatch.

One reason the drive-thru line at Chick-fil-A’s is slower is that the restaurant tends to have a higher volume of cars in the drive-thru than other fast-food chains, the report found. Another reason is that Chick-fil-A workers approach the drive-thru with a different goal in mind, Matt Abercrombie, the chain’s senior director of service and hospitality, told QSR.

“[W]I know in the drive-through that the guest wants speed and accuracy, but they don’t want to feel rushed,” Abercrombie said in the report, which drew its conclusions from a survey of 1,000 customers who visited a fast-food restaurant last month.

Wendy’s did not respond to a request for comment Monday. Chief operating officer Deepak Ajmani told QSR the company is upgrading its digital order-taking process, which includes placing orders on the Wendy’s mobile app and self-serve kiosks in the lobby.

“We still focus on the number of cars and speed of service, but accuracy and taste of food as well as overall customer satisfaction and likelihood of returning are also crucial indicators,” he told the outlet.

Wendy’s drive-thru fills customer orders exactly 79% of the time, placing it last among other popular fast food restaurants in the report. Arby’s topped that list with 89%.

Decades ago, drive-thrus were an afterthought in the fast food industry because most customers preferred to order and often eat at the restaurant. But in recent years, the drive-thru has increased in importance. At the height of coronavirus pandemicdrive-thrus became an important resource as restaurants closed their lobbies in an effort to curb the spread of COVID-19.

In April, May and June 2020, drive-thru visits accounted for 42% of all fast food restaurant visits, according to market research firm NPD Group.