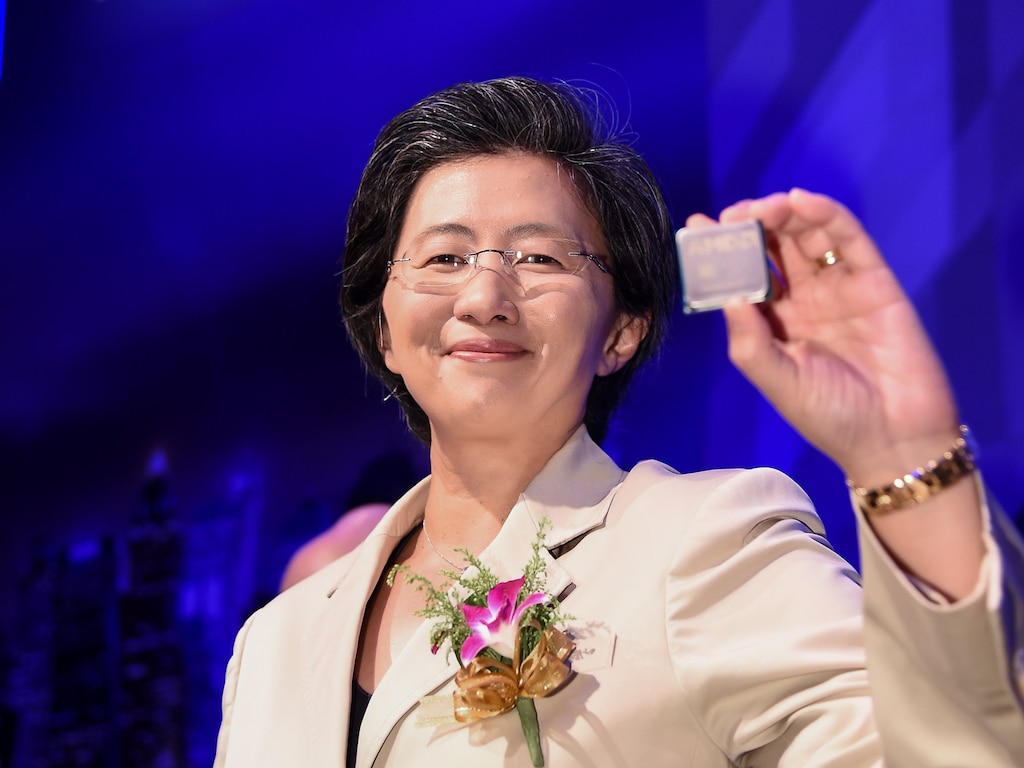 AMD on Tuesday announced mixed fourth-quarter results and guidance that falls short of Wall Street expectations, but beaten down shares were up 5.4% following the report

Here are the key numbers compared to the Bloomberg consensus:

"In 2018 we delivered our second straight year of significant revenue growth, market share gains, expanded gross margin and improved profitability based on our high-performance products, "said CEO Lisa Su in a press release. "Importantly, we more than doubled our EPYC processor shipments sequentially and delivered record GPU data center revenue in the quarter." She added: "Despite near-term graphics headwinds, 2019 is shaping up to be another exciting year driven by the launch of our broadest and most competitive product portfolio ever with our next-generation 7nm Ryzen, Radeon, and EPYC products. "

Ahead of the results, shares had plunged 5% on Tuesday – one day after rival Nvidia warned that conditions in China had led to an "extraordinary, unusually turbulent" quarter. The chipmaker's revenue forecast for the fourth quarter roughly $ 2.2 billion, down from about $ 2.7 billion

And one Wall Street analyst thought the warning from Nvidia could indicate an earning loss for AMD.

"While the other shoe has dropped at NVIDIA, we think AMD is further behind working through its GPU inventory issues," Susquehanna International Group analyst Christoper Rolland wrote ahead of the report.

"For AMD, we note evidence of continuing retail price declines suggesting its graphics card has yet to clear. Additionally, we note Street expectations for computing and graphics in 1Q19 of + 3% that are well above typical seasonality (we would not be surprised to see a mid-single digit decline or even worse here) We continue to believe that AMD is at a significant risk of losing in 4Q18 / 1Q19. " 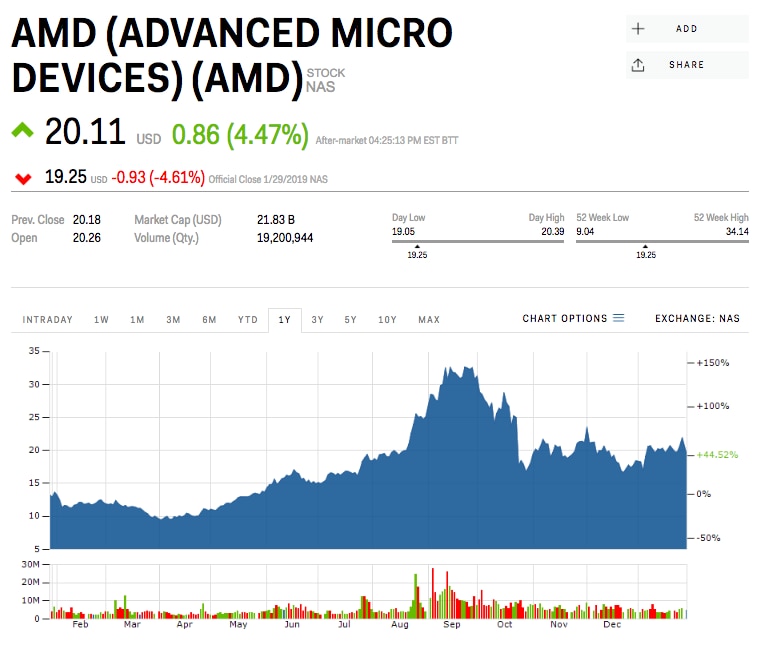