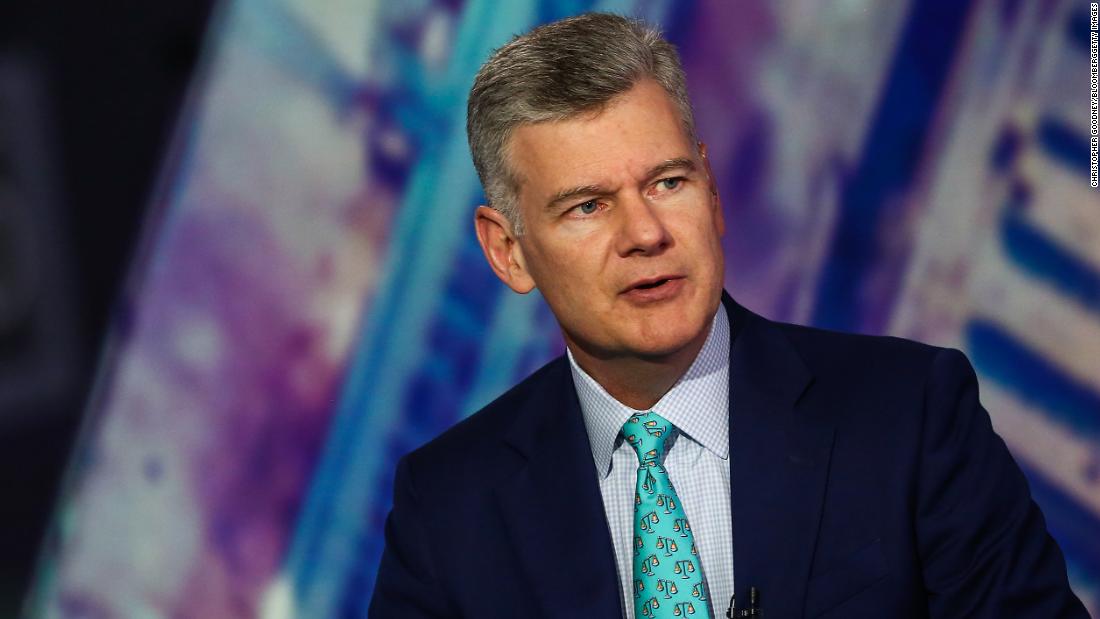 "I call it the tax deform bill. It was just a handout to rich people who pay a lot of money to lobbies," Yusko, the founder and CEO of Morgan Creek Capital, told CNN Business.

Instead of using tax savings to speed up the economy, corporate America is just buying back stock to stimulate their stock price, "Yusko said from the sidelines of the Cayman Alternative Investment Summit.

Yusko noted that prior to 1982, share buybacks were outlawed by the SEC. "I think they should still be with insider trading and illegal," he said.

Share buybacks are a common practice where companies repurchase their own shares as a way to return excess capital. Buybacks boost demand for shares and artificially inflate per share earnings.

US companies announced a record-shattering $ 1 trillion worth of share buybacks in 2018, the first full year since the tax law took effect, according to TrimTabs Investment Research.
After perking up in the first quarter of 2018, business investment on job-creating items like factories and equipment decelerated.
Former Goldman Sachs ( GS ) CEO Lloyd Blankfein used his first tweet in six months to defend the practice last week.

"The money doesn't matter, it gets reinvested in higher growth businesses that boost the economy and jobs. Is that bad?" Blankfein tweeted.

Yusko disagrees, saying the capital is not going back to most people. "It's like rearranging deck chairs," he said.

And Yusko dismissed the idea of ​​buybacks being the equivalent of dividends.

"I believe it's simply stock price manipulation," he said.

Last year, Apple announced plans to pay $ 38 billion in taxes on cash it hero overseas, create 20,000 jobs and invest $ 30 billion in the United States over the next five years.

Defenders of buybacks argue that many people are helped by the practice. More than half of the households in the United States owned stocks directly or indirectly through retirement plans in 2016, according to the Federal Reserve.

Others say buybacks disproportionately help the rich because of the wealthy own most of the stock market. The top 10% of households owned 84% of all stocks in 2016, according to Edward Wolff, an economics professor at New York University.

"It's a self-perpetuating loop that benefits one small group of people, "Yusko said.

2. Markets reopen in China: Markets in mainland China will start trading again Monday after a weeklong hiatus for the Lunar New Year holiday.

That could introduce more volatility after global markets stumbled at the end of last week on concerns about trade . They immediately fell after Larry Kudlow, the director of the White House's National Economic Council, suggested that the United States and China are close to a new trade pact.

"The president has indicated that he is optimistic with respect to a potential trade deal, "Kudlow said Thursday. "But we've got a pretty sizable distance to go here."

3. Brexit uncertainty: British Prime Minister Theresa May failed to reconcile the European Union to the United Kingdom when she visited Brussels last week, though both sides did agree to keep talking.
That means Brexit unknowns will loom large when the United Kingdom releases GDP data from December on Monday. More importantly, May is scheduled to update parliament on her progress Wednesday. Lawmakers are set to hold a debate on Brexit on Thursday
4. Soda wars: Coca-Cola and Pepsi just battled it out at the Super Bowl. (Pepsi was a sponsor, while Coke's headquarters are in Atlanta, which hosted.) Now they're set to report earnings Thursday and Friday, respectively.
Investors will keep an eye out for growth on a variety of products. Coke, which just launched a new flavor, had success with Coca-Cola Zero Sugar. Pepsi, for its part, has reported growth with Bubly seltzer, its answer to LaCroix, and has a number of popular products including Frito-Lay and Quakers.

Job openings : On Tuesday, the Bureau of Labor Statistics will release a report on US job openings in December. The data will shine as a partial US government shutdown.

The US job market has been strong despite growing concerns about economic growth. The economy added 304,000 jobs in January, marking the 100th straight month or job gains.