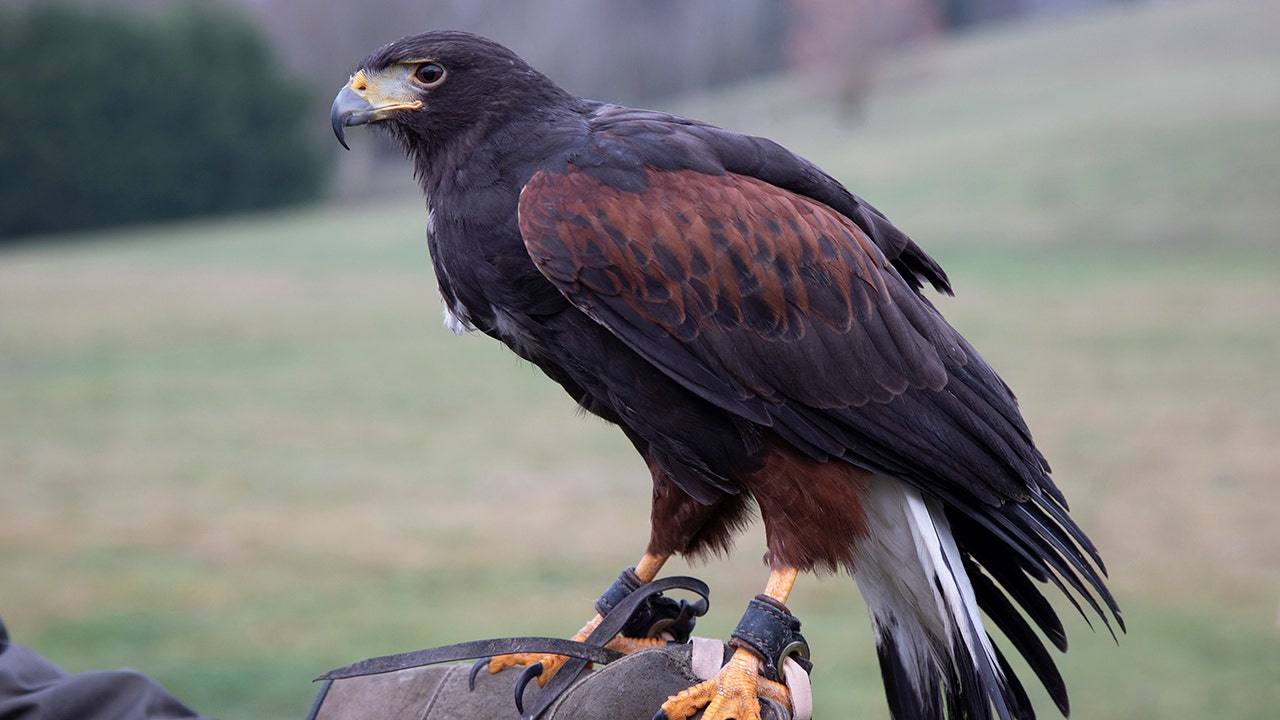 A Harris Hawk, who pictured that image, was stolen near Heathrow Airport on Tuesday night.
(Mike Kemp / I Pictures via Getty Images)

A bird of prey who worked to protect the sky at Heathrow Airport was stolen from his owner's van in the UK on Tuesday night.

Police are actively watching the incident after CCTV recordings released, showing that three men hit the window of habit while parked outside a hotel next to the airport, and caught the six-year-old hawk, Sky News reported.

Harris Hawk, Milo, was used to scare other birds in the airport to prevent bird attacks.

Milos owner Layla Bennett checked into the Mercure hotel when she left the pile in the back seat. When she returned to retrieve him, he had been taken, Sky News reported.

According to the video recording, Bennett said that Milo would not go with the men first.

"He finally did when they grabbed him heavily, he was flapping and very bothered."

"Then they threw him into the car and drove him out of the box," The Sun told.

Bennett is concerned that her friend does not get the care he needs and desperately wants him back.

"He was bred to do the job he does. All I want is to bring Milo back before it's too late," she told the paper.

currently the problem, no arrests have been reported.