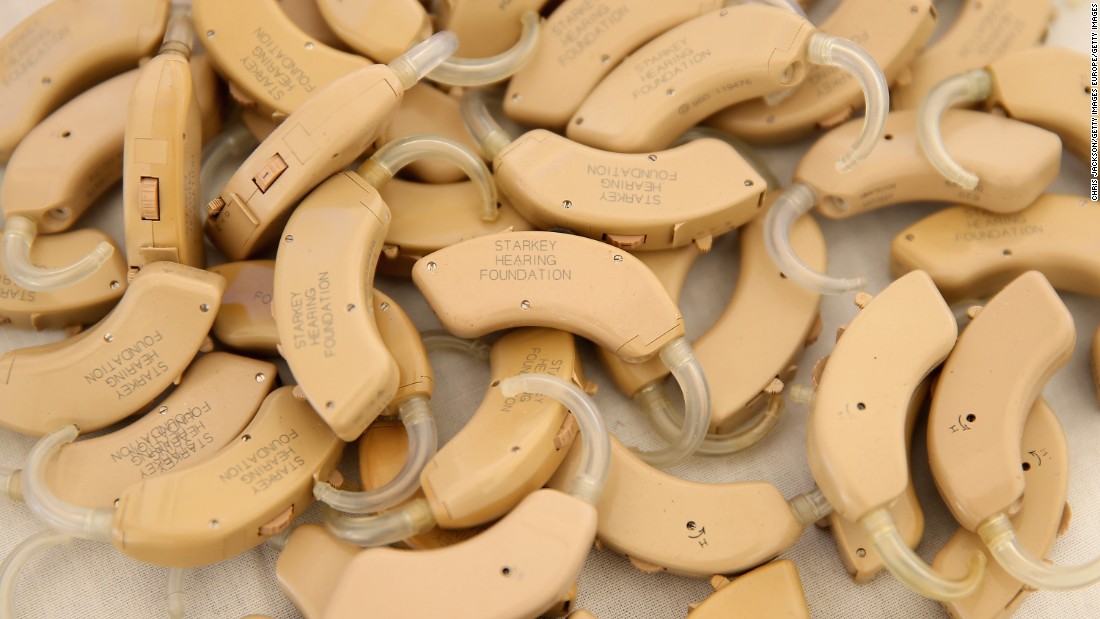 Instead of getting a prescription, visiting a hearing care professional and getting a custom fit, people with mild to moderate hearing loss will be able to buy hearing aids directly from a store or online.

About 1 in 8 people in the United States aged 12 and older have hearing loss in both ears, and the rate increases significantly with age. About a quarter of people between 65 and 74 have hearing loss, and this rises to 50% around 75.

But only around 16% of the tens of millions of people with hearing loss use hearing aids.

The new devices won̵[ads1]7;t be free, but the FDA estimates the new rule could mean savings of about $2,800 per pair. And people could see over-the-counter hearing aids on the market as early as October, Califf said.

“Today’s action will not only help adults who have experienced mild to moderate hearing loss access more affordable and innovative manufacturing options, but we expect it will unleash the power of American industry to improve technology in a way that will impact the enormous burden of disability from hearing loss affecting the world,” he said Tuesday.

The long journey of the rule

Congress passed legislation to create a category of OTC hearing aids with broad bipartisan support, and President Trump signed it into law in 2017.
But no action was taken, and Senator Elizabeth Warren, a sponsor of the bill, gave the FDA until August 2020 to issue the regulations. She and co-sponsor Sen. Chuck Grassley sent several letters urging the FDA to take action.
In July 2021, President Biden signed an executive order created in part to speed things up.

The FDA initially said the pandemic delayed implementation of the rule. The agency said Tuesday it also had a lot of public comments to go through.

During the public health comment period, some hearing health associations raised concerns about the proposed changes, suggesting that units would still need the help of a professional.

On Tuesday, the American Speech-Language-Hearing Association praised the FDA’s action.

“ASHA fully supports the creation of this new category of over-the-counter hearing aids, which will increase the availability and affordability of hearing aids for many Americans,” said Janice R. Trent, vice president of audiology practice for the group’s Board of Directors. “It is important that the public understand that these devices are only for adults with perceived mild to moderate hearing loss, and to strongly consider getting a hearing evaluation by a certified audiologist as a first step before purchasing anything.”

The rule does not change how hearing aids are covered. While private insurance companies pay for treatment after the loss of a limb or even cover the cost of Viagra, most do not cover hearing aids. Basic Medicare doesn’t pay for them either, and only about half of state Medicaid programs do.
Hearing aids are not cheap. On average, people spend at least $4,000 out of pocket for devices for both ears, according to a 2020 study published in JAMA. Prices can vary: Major retailers can offer a pair for about $1,400, but some can cost as much as $6,000 per ear, depending on the technology.
Five major companies now control 90% of the global hearing aid marketplace. That kind of consolidation meant there was little price competition, and high prices can be a big reason why most people who need hearing aids don’t have them.

With the change, it is expected that many more companies will enter the market.

“Reducing health care costs in America has been a priority of mine since day one, and this rule is expected to help us achieve quality and affordable access to health care for millions of Americans in need,” Health and Human Services Secretary Xavier Becerra said in a statement Tuesday.

How the new rule will work

Currently, people can get hearing aids only with an expensive medical exam or prescription from a professional who will fit the device for the individual. Audiologists can also adjust it over a lifetime if someone’s hearing deteriorates.

With an over-the-counter device, buyers may be able to adjust them on their own.

The new rule only applies to certain types of hearing aids, the FDA said. People with severe hearing loss and those under the age of 18 will still need a prescription.

To be allowed on the market, the new rule says, over-the-counter hearing aids must meet the FDA’s high standards for safety, labeling and manufacturing protection like any other medical device.

“I think today is an outstanding day,” Becerra said. “Americans who need help with their hearing aids — and that includes my mom — help is on the way. So over-the-counter hearing aids — get ready, folks, you’re going to save a lot of money, and we’re all going to benefit. ”

Hearing aids aren’t just nice to have so people can hear; they are also essential for physical and mental health.

People with hearing loss who did not have hearing aids are more likely to report poor health in general and less likely to leave the house or exercise, studies have found.
There is a link between hearing loss and general frailty and an increased risk of falling, which is the second leading cause of accidental death worldwide, according to the World Health Association.
Several studies have also found a connection between hearing loss and poorer mental health and psychosocial health.
Hearing loss can lead to depression, loneliness and isolation, and even dementia.

With hearing aids likely to become more readily available, “I have a big smile on my face right now,” said Dr. Frank Lin, director of the Cochlear Center for Hearing and Public Health. He has been consulting with the government on this matter for eight years.

Lin said there has been little innovation in this area because of the way the market is regulated.

“In 1977, because of the technology at the time, the only way for hearing aids to be safe and effective was if they were programmed and fitted and professionally adjusted by a licensed provider,” Lin said. “Fast forward 45 years later, those rules are still on the books, but the market and that technology has changed dramatically.

“This will allow companies like Samsung, Apple, Google, companies that are already making innovative earbuds, they can now enter the market. They really couldn’t before.”

He believes that if companies can sell earplugs for $200, they can easily sell hearing aids for a similar price.

The new rule is a good thing for patients, he said, because it shows that the government can take action that improves health.

“This was true bipartisanship. This is how government is supposed to work,” Lin said. “This really restores my faith The authorities.”