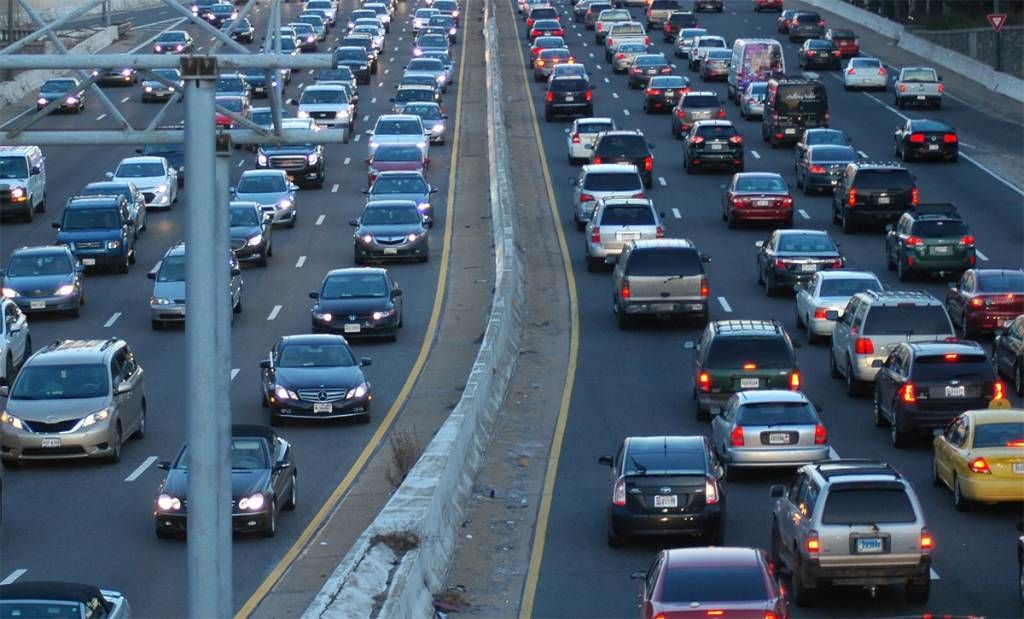 A record-breaking number of people were predicted to be traveling for the Thanksgiving holiday this year, and drivers around Reagan National were critical of the airport's effort to manage departure traffic at the end of the holiday weekend.

WASHINGTON – Callers into the WTOP newsroom on Sunday night were critical of Reagan National Airport's effort to manage Thanksgiving departure traffic at the end of the holiday weekend.

Many people were unprepared for the difficulty they

"It's just the sheer volume of holiday travelers getting to and from Reagan National at this point in order to get back home, "Stallworth said. "It's causing the problem. If you have several callers saying it's taking them an hour, two hour and a half just to get out of the terminal garages, that's a problem. "

One caller, Steve from McLean, Virginia, said it was Just luck that allowed his passenger to make his flight.

"We did not budget any extra time, he had to run and barely caught his flight," the caller said. "We were lucky I was able to duck into the parking garage for Terminal A and his flight was on Southwest. It still took me an hour and fifteen minutes to get through the airport and get back onto the George Washington Parkway. "

Callers complained that there was a bottleneck on the airport road where police were blocking the exit onto the northbound George Washington Parkway , forcing drivers to circle back along the airport road in order to exit on Route 1

Airports spokesman Rob Yingling, however, said he was not aware of any circumstances that would have caused the police to block that exit.

"We do have a lot of police officers directing traffic and regulating flow to move as many people through as possible this afternoon and evening," Yingling told WTOP. Yingling said traffic control officers were alternating the flow between cars leaving the arrivals and departures levels of the airport in order to keep an even distribution.

Tracy Vargo, or Potomac, Maryland, was dropping off his daughter for her flight back to michigan He said Google Maps gave them a bad estimate of how long it would take them to reach the drop-off point once they got onto airport property. He said there was no warning that the exit to the northbound George Washington Parkway would be closed.

"You do not know it's closed until you get to the airport return and exit split, and there's no exit," Vargo said. "Jeg gjorde ikke forstå hva som kunne ha vært så ille at de måtte lukke utkjørselen til Parkway. This was probably my worst airport traffic experience. We left with plenty of time and we were not counting on that kind of backup. After dropping her off it got worse, not better.

It seems, however, that drivers who started their trip back to the D.C.

Theodore and Gina Holloway were among them heading home to Baltimore after spending time with family in North Carolina. Traffic has not been a major issue, but they say they're expecting that to change as the day goes on, and are happy to be close to home. They are hoping to make it to Sunday service.

"I'm going to church, I'm going to change my clothes now," said Gina Holloway as she rushed into the bathroom, making it clear not even a little traffic could keep her from church.

With their dog in the back seat, they are planning to take him to church too.

"We're stepping out on faith that they're going to let us in," said Theodore Holloway. "It's time to go to church and thank God for traveling mercy."

Did you beat the traffic ?? I-95 rest stop in Howard County bustling with people's heading home after the holiday. @WTOP pic.twitter.com/B2DnvFcdMd

"I left at 1 o'clock instead of 6 o'clock like I usually do. So far, I'm almost there, "said Daniels.

" I'm hoping he's prepared for backups once he gets closer to New York. He's still hopeful it'll be a quiet drive home. I breeze on through once I hit the turnpike, "he said.

© 2018 WTOP. All Rights Reserved. This site is not intended for users located within the European Economic Area.