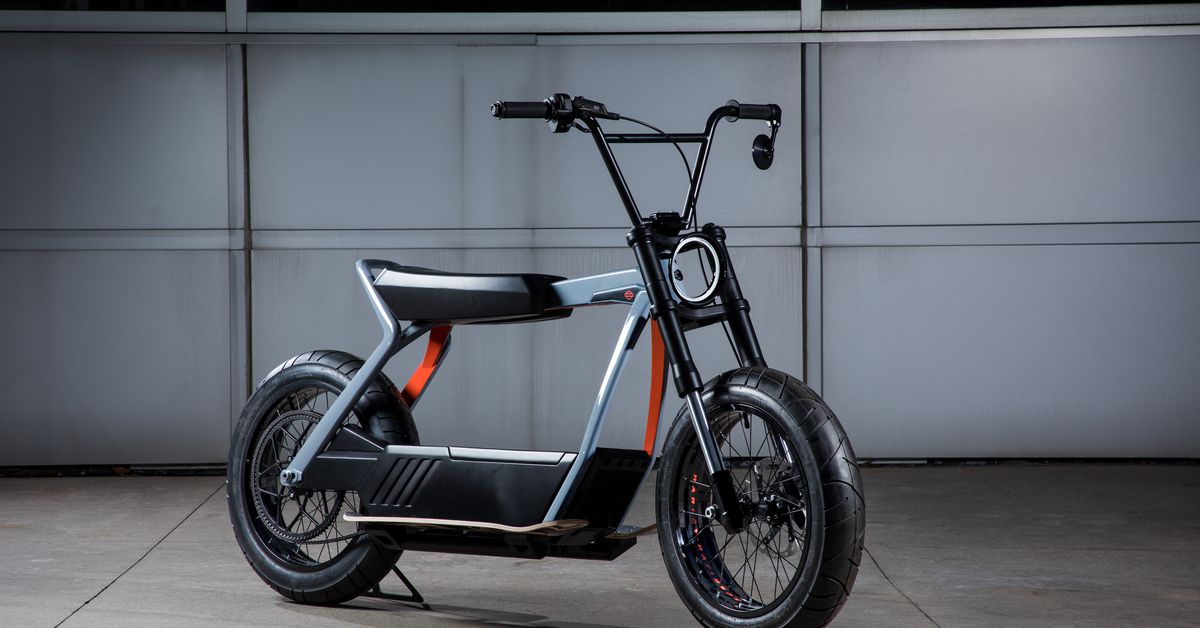 You would be forgiven, if, in the frenzy of this consumer electronics program, you missed two small new ideas from one of the oldest motorcycle companies around. (I certainly did!) While announcing the final prize of his first all-electric motorcycle, LiveWire, Harley-Davidson also debuted two terms: an electric mountain bike thing and a seated electric scooter like is honest, the company's most exciting idea yet.

The concepts looked pretty in pictures, but last week Harley-Davidson pulled a few working prototype versions into Aspen, Colorado during the Winter X Games and let some of the people around them.

The bike looks fun, but electric bikes are a dime a dozen. The ruggedization will help distinguish it from the literal hundreds of others already available, and Harley-Davidson's name recognition can help the company bite out a larger portion of the market than others, if it actually pursue this as a commercial product.

The scooter, though, looks like a thrill! It is very reminiscent of the electric mopeds that the start-up of lithium cycles has been doing for some years, but with the kind of polish that a large company with many resources can achieve. (In the press photos, at least. The prototype Harley-Davidson brought to Aspen is far more gnarly, with visible wires and erroneous materials.)

Lithium Cycles Super 73 is one of the fun things I've ridden over the past few years, and that's actually what gave me a motorcycle license. Since then I have tried electric motorcycles from Zero, and even powered the BMW's C-Evolution motorcycle / scooter hybrid. I'm excited to see Harley-Davidson finally realize his year-long electric motorcycle project with LiveWire. But I – like many others – are not too psyched about the price of nearly $ 30,000!

However, this scooter would probably be much cheaper. It would also be much more approximate than a motorcycle! Scooters of all shapes and sizes are being worked into the transport infrastructure in cities around the world (for other effect, to be fair) and something that the Harley-Davidson concept could address if the company were to pursue it. It has style, it looks like a lot of fun to ride, and it – again, I'm guessing here – won't cost $ 30,000. It can't reverse the company's flailing business, but it's a way more exciting idea than another motorcycle.