Google Walkout organizers say the company has retaliated and demoted them 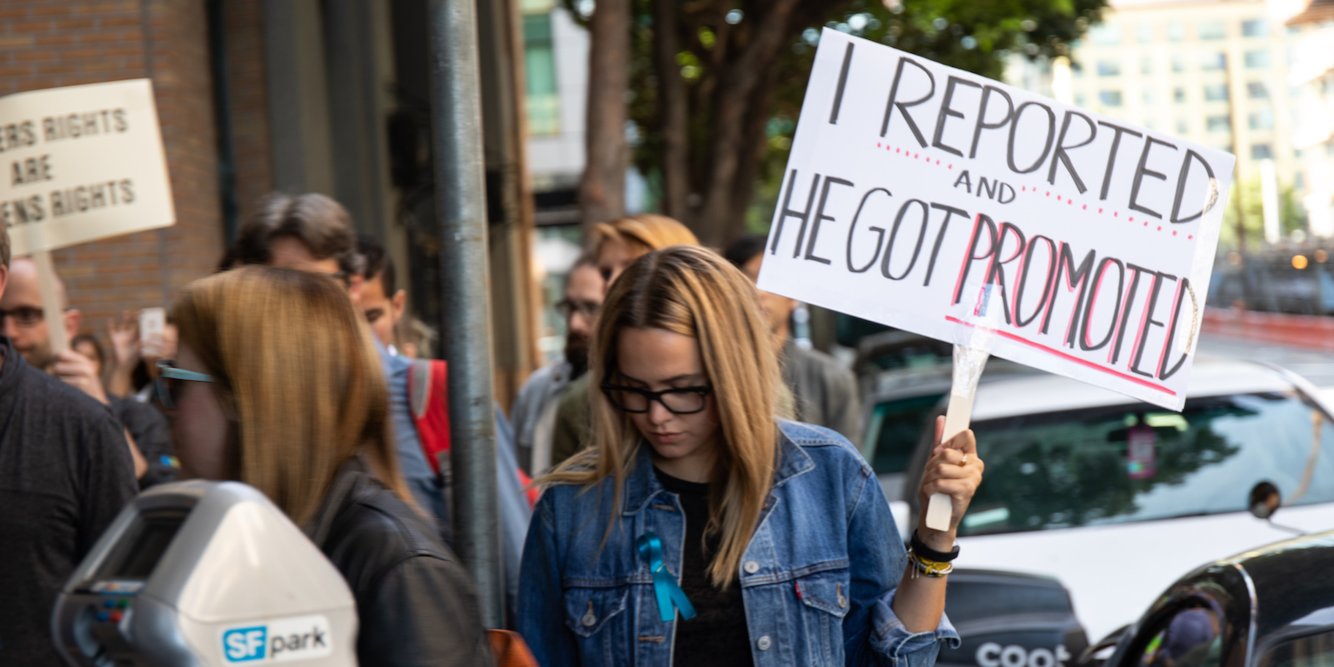 Two of the women who spied last year's expulsion with thousands of Google employees worldwide, say the company has retaliated against them to organize the protest.

In a message sent internally Monday to some Google employees, and obtained by Wired, Meredith Whittaker and Claire Stapleton said the company had demoted them in their roles and forced them to give up some of their duties at work.

"This damages people inside the company, and communities outside the cause of Google's poor choices," the women wrote in their email. "If we want to stop discrimination, harassment and unethical decision-making, we must stop retaliating against the people who are honest about these issues."

8 by 20,000. Google employees, protesting against the company's handling of sexual harassment cases and previous breach statements by senior executives.

Stapleton has been employed as marketing leader on Google-owned YouTube. She wrote in the e-mail that Google demoted her from her position and her work was released to others. Her demotion was only reversed after she had hired a lawyer and Google conducted a case investigation, Stapleton said.

"My leader began to ignore me, my work was given to other people, and I was told to go on sick leave, even though I'm not sick," Stapleton said in the email. "While my work has been restored, the environment remains hostile and I am considering quitting almost every day."

The two women said in the e-mail that a culture of retaliation exists with Google, and their retribution stories are "not the only ones".

In response, Google said in a statement that retaliation is prohibited by the company, and that the situations with Whittaker and Stapleton were not examples of retaliation.

"We prohibit retaliation in the workplace and investigate all claims," ​​a Google Insider spokesman for Business Insider told. "Employees and teams are regularly and often recruited, or reorganized, to keep up with evolving business needs. There has been no return here."

Stapleton and Whittaker also wrote in their emails that they will host a "retribution town hall" on Friday to "share our stories and strategy."

Here is the text of the internal email from Whittaker and Stapleton, retrieved by Wired:

Hello everyone, this was a difficult email to write.

Google is retaliating against several organizers.

We are among them and here is what happens to us:

Shortly after Google announced that it would dissolve its AI Ethics Council, I was informed that my role would be changed dramatically. I am told that I will be with the company. I have to leave my work with AI Ethics and the AI ​​Now Institute, which I have founded, and have done rigorous and reputable work on these topics. I have been working on issues of AI ethics and bias for many years, and is one of those that helped shape the field that looks at these issues. I have also taken risks to push for a more ethical Google, though this is less profitable or practical.

After five years as a high performer in YouTube Marketing (and almost twelve with Google), two months after Walkout, I was told I would be demoted that I would lose half of my reports and that one projects that were approved were no longer on the table. I escalated to HR and to my VP, which made things worse. My manager started to ignore me, my work was given to other people, and I was told to go on sick leave, even though I'm not sick. Only after I had hired a lawyer and had contact with Google, the management led a survey and went back my down, at least on paper. While my work has been restored, the environment remains hostile and I am considering quitting almost every day.

Our stories are not the only ones. Google has a retirement culture, which too often works to make women, colors, and gender minorities. Retaliation is not always obvious. It is often confusing and drawn out, consisting of icy calls, gas lighting, project cancellations, transitional discounts or demotions. Behavior that tells any problem is not that they stood up to the company, that is, they are not good enough and do not belong. During Walkout we collected 350 stories. When reading them, a sad pattern arises: people who stand up and report discrimination, abuse, and unethical behavior are punished, sidelines and squeezed. Perpetrators often go unhindered, or are even rewarded (Andy, Amit, "I reported, he was promoted").

By punishing those who resist discrimination, harassment and unethical decision making, Google allows these behaviors. This harms people in the business, and communities outside that bear the cause of Google's poor choices. If we want to stop discrimination, harassment and unethical decision making, we must end up receiving people who speak honestly about these issues.

We have to push back. Here are some next steps:

1. We will host a Town Hall Assembly to share our stories and strategize. When: Friday, April 26, 11 am PT / 2pm ET. Add the event to your calendar here. [The message included an internal link to a livestream of the meeting.]

2. If you've been reciprocated, please share your story. (If you shared your story with the Walkout form, please share again and help keep everything in one place.) The more we share with each other, the easier it will be to push back. Add yours.