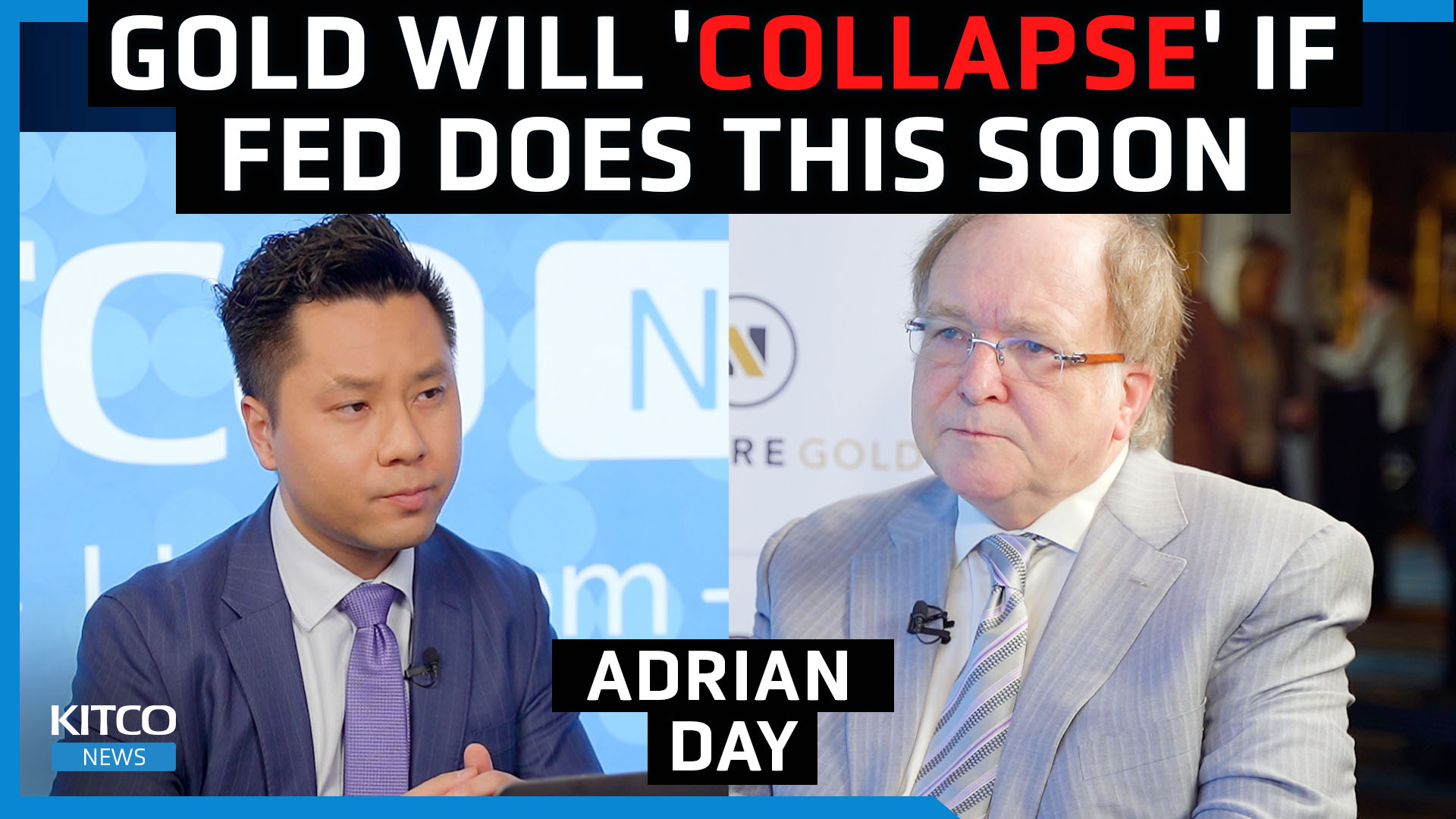 The Federal Reserve is likely to raise the federal funds rate by no more than 75 basis points at this week’s Federal Open Market Committee (FOMC) meeting, despite markets pricing in a higher chance of a 100 basis point increase after last week’s Consumer Price Index report ( CPI), according to Adrian Day, president of Adrian Day Asset Management and portfolio manager of the Euro Pacific Gold Fund.

An increase of 100 basis points today would not only be unlikely, but catastrophic for the markets, Day told David Lin, Anchor for Kitco News at the Precious Metals Summit in Beaver Creek.

“I don’t think they need to do 100 basis points,” Day said. “I think the market expects 75 and the Fed is normally pretty good at telegraphing.”

Day added that there is no chance of a hike of less than 75 basis points.

Importantly, a rise larger than consensus expectations would “collapse” gold prices and stocks.

Today’s comments come as the headline CPI for August fell slightly on an annual percentage change basis to 8.3%. The core CPI, which excludes food and energy, rose to 6.3%, up from July’s 5.9%.

Immediately following the release of the CPI print last week, the FedWatch Tool, which tracks the probabilities of rate hikes by size, saw an increase in the odds of a 100 basis point increase to more than 30%. Starting at. 10:30 a.m. ET on Wednesday, the breakdown is 82% for 75 basis points and just 18% for 100 basis points.

The gold price is unchanged on Wednesday morning ahead of the FOMC decision later in the afternoon.

The US unemployment rate rose 0.2% last month to 3.7%. Although there was a slight increase during the summer, it is still at a historic low.

“If you just take a snapshot and look at the unemployment rate, yes, it’s very strong, like [Treasury Secretary] Janet Yellen and [Fed Chair] Jerome Powell would say. I want to say a couple of things. Number one, the labor force participation rate, until the last report, has been very, very low. Labor participation has been declining and is low, and all else being equal, that means your unemployment rate is also low, he said. “If you look at every recession going back to the 1960s, unemployment was at a low level right before the end of a recession. Having low unemployment doesn’t mean we’re not going to have a low recession.”

On consumer sentiment, Day cited a decline in optimism as the University of Michigan Consumer Sentiment Index continues its summer-long decline. It is now below the 2008 lows, and is at its lowest level since data were reported in the 1970s.

“When retail is static and only up a little bit, when prices are up 10%, that means volume, people’s volume, is going down,” he said.

Day said the Federal Reserve will continue to raise interest rates into this economic downturn, but will stop and swing just before they cause a “severe recession.”

For more on Day’s long-term gold price outlook and his expectations for inflation, watch the video above.