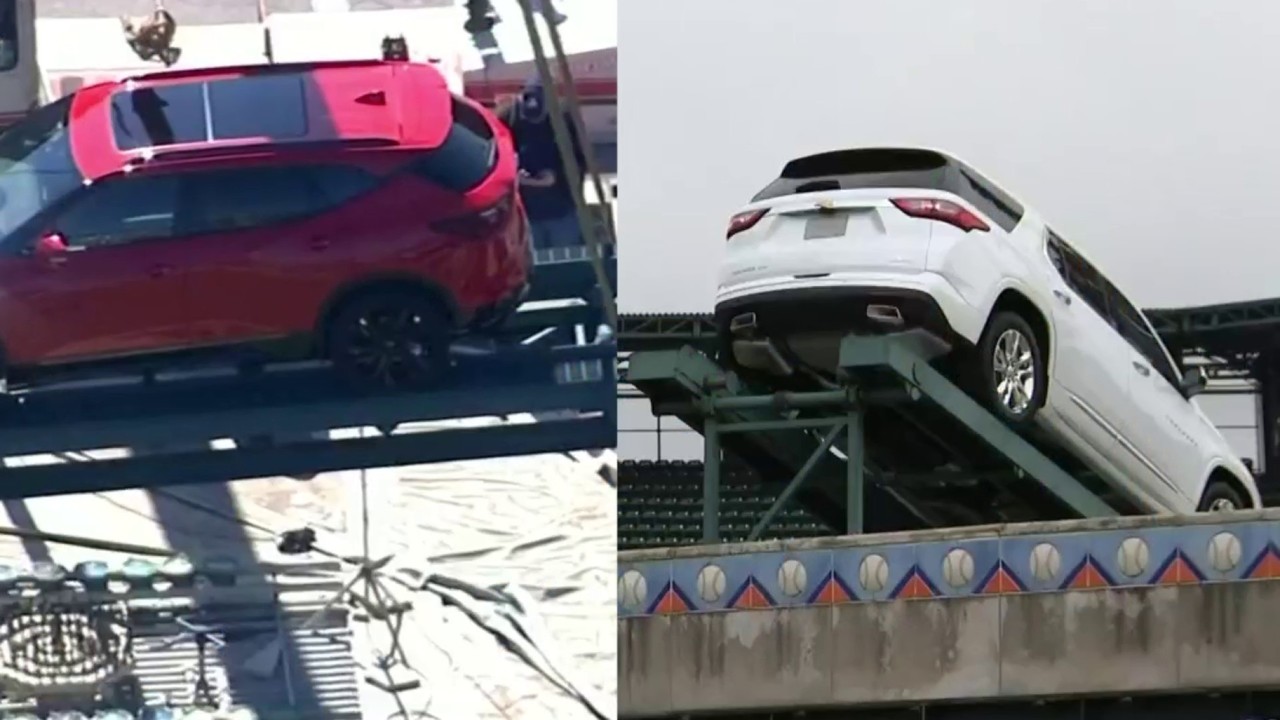 DETROIT – 2019 The Chevrolet Blazer is General Motors' new medium-sized SUV. When it was time for GM to put cars on the screen over their Chevrolet fountain, they chose a Silverado and Blazer.

But Blazer is made in Mexico, so the screen led to controversy and pushback from UAW and workers.

On Saturday morning, General Motors made a switch that replaced Blazer with a Traverse built in Lansing.

"It makes sense that this is a car city. We should have cars made in Michigan at our baseball stadium," said the saxophone Hallie Prescott.

The Prescots said they never paid much attention to the type of car shown over the fountatin.

"Like a baseball fan, Tiger's fan, I can't say I wanted, I think, especially noticed. I'd probably have a little more awareness, but earlier no," John Prescott said.

They said they understand why the workers would be upset and support them.

"If that's what the people who make the cars here locally and support communism felt a good move, then I guess I'm behind it," John Prescott said.

"We want people to enjoy baseball without interference, so we have replaced the Chevrolet Blazer with a Chevrolet Traverse on the Comerica Park Fountain," GM said in a statement. "American workers significantly contribute to the success of the Chevrolet Blazer. Blazer generates more than half a billion dollars in the US manufacturing economy each year, helping to support thousands of paying US jobs."