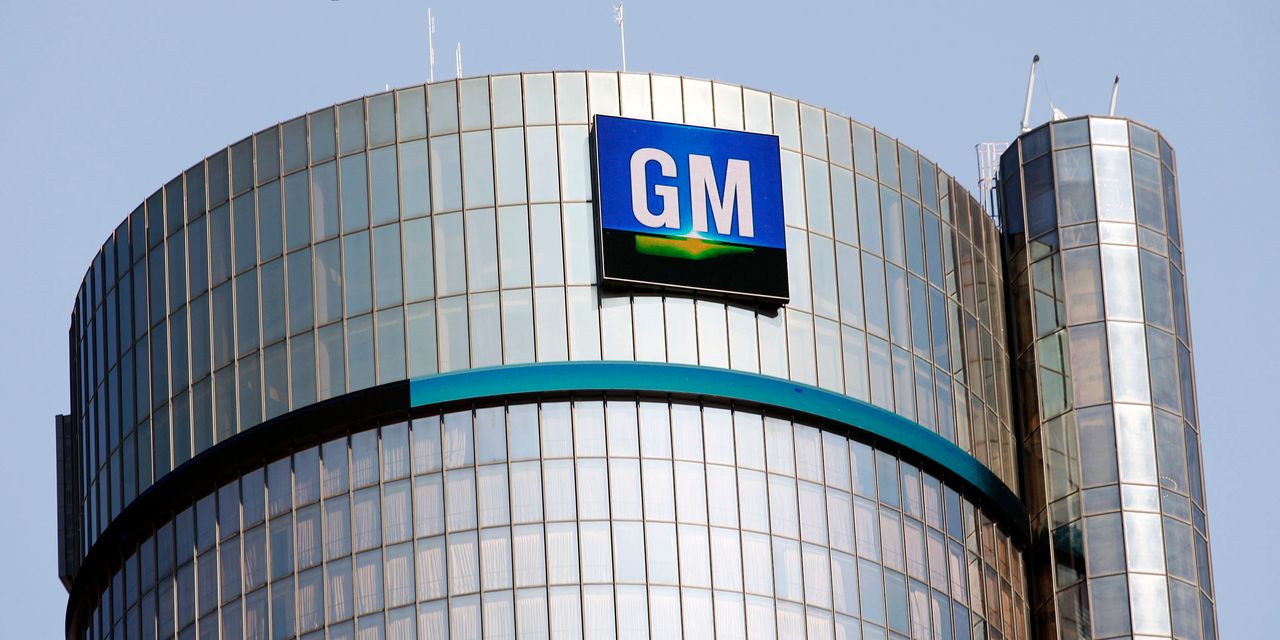 returns capital to shareholders again – and the stock rose on Friday.

However, the market reaction was eclipsed by the boost Ford Motor (ticker: F) shares received when the company reintroduced quarterly payouts to shareholders. There is good reason for that.

(GM) appears to be slightly more conservative than its cross-town rival.

GM will pay investors a dividend of 9 cents a quarter. The company is buying back up to $5 billion in stock as well.

“GM is investing more than $35 billion through 2025 to advance our growth plan, including rapidly expanding our electric vehicle portfolio and creating a domestic battery manufacturing infrastructure,” CEO Mary Barra said in a press release. “Progress on these key strategic initiatives has enhanced our visibility and strengthened confidence in our capacity to fund growth while returning capital to shareholders.”

A dividend is of course a declaration of confidence from the management. It signals a belief that the cash flow will be strong in the coming years.

pays investors 15 cents a quarter, or 60 cents a year, and the shares yield close to 4%.

When Ford reinstated the dividend back in October 2021, it started with quarterly payments of 10 cents. At the time, that gave Ford stock an expected return of around 2.6%. The dividend announcement sent Ford shares up 8.7% on October 28.

Ford, of course, suspended dividends in early 2020, in the midst of the Covid-19 pandemic, just like GM and many other companies. GM’s last dividend was a payout of 38 cents per share back in March 2020.

An annual dividend of 36 cents — four quarters of 9 cents — would cost GM roughly $500 million a year, a figure the company appears to be able to handle with ease. Wall Street estimates that GM’s average annual free cash flow will top $5 billion a year in the next few years.

Ford spends about $2.4 billion a year on dividends. That is roughly half of the company’s expected cash flow over the next couple of years.

Ford is a bit more aggressive. But the company’s structure may be partly responsible. The Ford family owns about 71 million shares of “B” stock, which carries 36 votes per share. It gives them significant control over the company. If the family prefers dividends to buybacks, then it is tougher for the board to object. Ford did not immediately respond to a request for comment Barron’s.

GM, it should be noted, is also buying back stock. GM recently began buying back some shares, with a buyback of about $2.1 billion of preferred stock in the second quarter of 2022. These were held by

(9984.Japan) and related to GM’s self-driving car business Cruise. Nevertheless, they increase GM’s ownership in an asset, to the benefit of the existing shareholders. The last significant buyback of ordinary shares was back in 2017.

Benchmark analyst Mike Ward noted in a report Friday that the mix of dividends and buybacks gives GM a bit more financial flexibility. He rates GM shares Buy. His price target is $60 per share. He also considers the Ford stock a buy. His Ford price target is $23 per share.

Ford has not bought back shares recently. The last significant buyback came in 2019.

In the case of Ford and GM, investors seem to prefer dividends to buybacks.