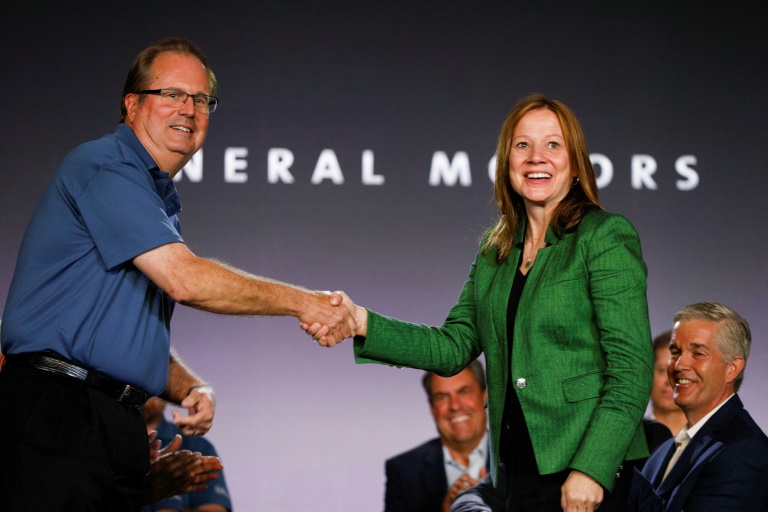 DETROIT: With construction rods hanging over the start of contract negotiations, General Motors boss Mary Barra on Tuesday warned United Auto Workers Union that the industry is facing a difficult road ahead.

Barra opened talks with labor at the traditional handshake ceremony, emphasizing that the company must be prepared to trade in order to be better positioned for the future.

"In a transforming industry, if we want our company to grow ̵[ads1]1; and grow jobs – we can't keep doing things the same way," she said.

GM has pulled UAW's anger and President Donald Trump over plans to stop production at four US factories, including a major in Lordstown, Ohio, a state that may be the key to Trump's re-election bid by 2020.

GM is trying to Sell ​​that factory to a startup company that proposes to build electric trucks.

"I have made it clear publicly and in many conversations with elected officials – including President Trump – that we are committed to investing in and growing jobs in the United States," says Barra.

But she warned that, in addition to Challenges of Switching Technology, "we continue to operate in a highly uncertain trading environment in a leading industry. "

Mark Stewart, North America's chief executive, had a similar message for workers on the need The industry is preparing for a future that will be dominated by electric and self-propelled cars.

"Our operational flexibility, the flexibility of our competitive cost structure we created together, is needed to continue financing these investments with electrification and the future of our entire company, "Stewart told media reports executives.

Jones repeated the message he delivered to Ford, saying the association expects to make financial gains and share profits in the contracts it will sign this coming fall.