Global markets are buzzing ahead of US-China trade talks: The Asian market is the latest 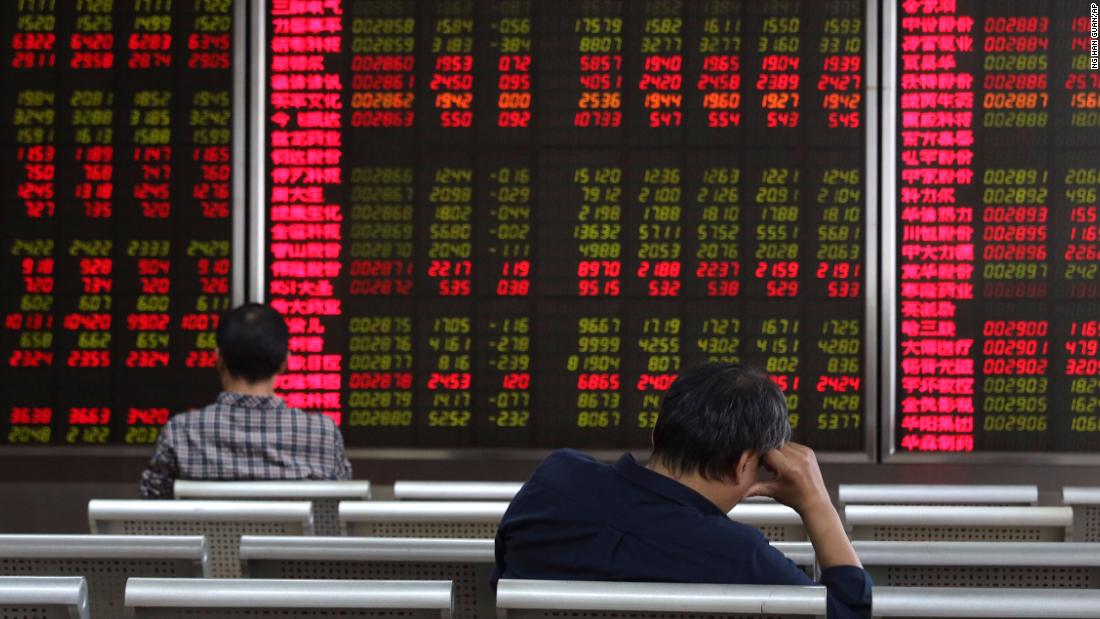 South Korea's Kospi ( KOSPI ) was the biggest loser in Asia, falling more than 1% right after the market opened – its first trading day after a holiday . But the index has pulled higher, and is now trading at around 0.8%.
Other Asian markets were briefly down in previous trade, but they have all moved higher since then. Japan's Nikkei 225 ( N225 ) was up 0.4%, after falling as much as 0.7%.
Hong Kong's Hang Seng Index ( HSI ) meanwhile dropped 0.3% after a lower opening. And China's Shanghai Composite Index ( SHCOMP ) traded 0.4% higher after small losses on free land.

All eyes are focused on Washington, where discussions between top US and Chinese dealers are scheduled to take place on Thursday. But the prospect of a sweeping trade agreement appears to be weak.

US dealers enter this week's trade talks with low expectations of big strides to reach a comprehensive deal, two officials familiar with the situation told CNN.

Meanwhile, US futures plunged more than 1% early in the morning of Asia after the South China Morning Post reported that the Chinese delegation could leave Washington earlier than expected. The talks are scheduled for two days.
However, the White House told CNN that no change in travel plans for Chinese Deputy Prime Minister Liu He is aware at this time. Dow ( INDU ) S&P 500 ( SPX ) and Nasdaq ( NDX ) futures recovered most of their losses by mid-morning in Asia. By 10:45 HKT, the Nasdaq futures were flat, while the Dow and S&P 500 futures each fell 0.1%.
Tensions are rising ahead of Thursday's trade talks. Earlier this week, the United States imposed visa restrictions on Chinese officials and blacklisted 28 Chinese entities for alleged involvement in human rights abuses against Uyghur Muslims and other minority groups in China's far western Xinjiang region. The movements have upset Beijing.

Among the goals of the US blacklist were a handful of Chinese technology companies. Two of them, surveillance camera manufacturer Hikvision and its rival Dahua Technology, dropped 6% and 6.7% respectively in Shenzhen on Thursday. Both stocks resumed trading for the first time since they were suspended on Tuesday just after the US blacklist was announced.