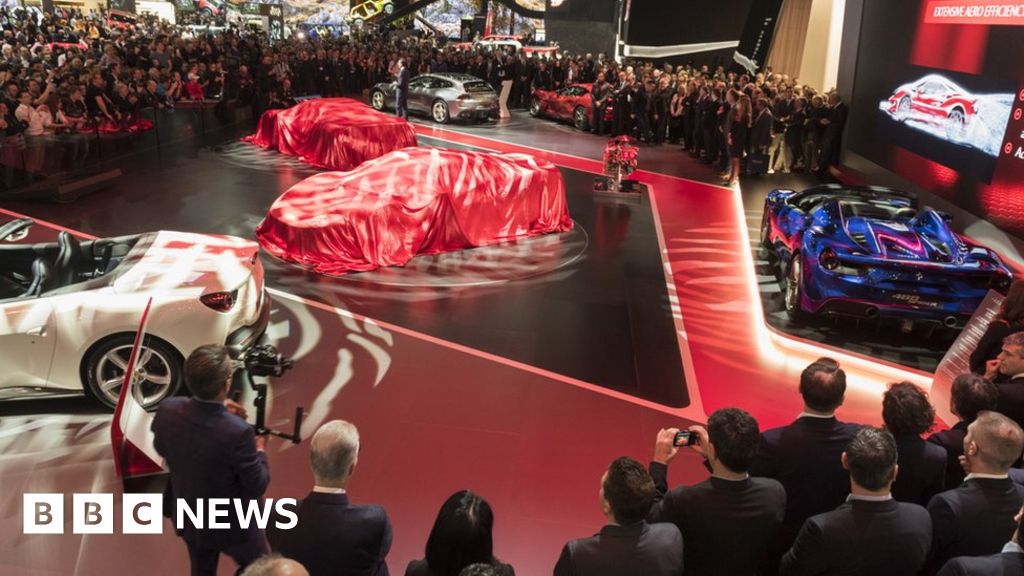 The Geneva International Motor Show, which gets under way in Switzerland this week, is one of the biggest events on the global auto industry calendar.

At a time when many traditional motor shows appear to be in decline, with manufacturers increasingly wary of spending cash on big set-piece events, Geneva still looks healthy.

Unlike the other major European events, in Frankfurt and Paris , it's not dominated by one nation's manufacturers. Held on neutral ground, it also attracts many smaller businesses, such as tuning houses and niche sportscar makers.

There is much greater emphasis on speed and style than you might see elsewhere, as well as a show that once welcomed concepts for nuclear-powered vehicles, there is a strong focus on innovation.

The glitzy car launches, with their deafening sound and light shows, and the acres of shiny bodywork on display will present a confident image to the world.

But there's no escaping the fact that this is an industry in transition, with many manufacturers struggling to make profits, and apprehensive about the future.

New European emission regulations, which are phased in from next year, will force manufacturers to reduce drastically the amount of carbon dioxide emitted by their cars, or face stones.

Those targets will apply to average emissions across each carmaker's model range. Having low or zero emission cars, such as fully electric and plug-in hybrids, will help to bring down the average in their fleets.

"They only have to make electric cars, the way the rules work they actually have to sell them as well," explains James Attwood, deputy editor of Autocar magazine.

Small wonder then that carmakers are scrambling to develop new electric vehicles. What we'll see at Geneva, however, is a large number of plug-in hybrids ̵[ads1]1; and an array of fully electric concepts.

These are prototypes designed to show manufacturers are thinking and responding to consumers, rather than road-ready vehicles.

According to Mr Attwood, "What you're going to see is cars that are designed to get people looking and thinking of electric cars in a different way.

" Lots of manufacturers are now trying to showcase just what you can do with electric cars. "

Mercedes and Audi, which are in the process of developing whole electric ranges, will have new ideas on show. For Audi, it will be a new compact SUV, while Mercedes is bringing in electric people-carrier

Aston Martin's new electric sub-brand Lagonda will show off what it calls an "all-terrain concept", an upmarket SUV designed to rival the luxury Rolls-Royce Cullinan.

Meanwhile, Korean manufacturer Kia, which has been making waves recently with its more sensibly priced electric e-Niro SUV, will also have a concept. "Designed to not only get your pulse racing, but also to sign our holistic and emotional approach to electrification," the company says.

That's the kind of language you hear from lot of at motor shows, often at high volume and accompanied by a very expensive but rather cheesy video. In this case, it appears to suggest that electric cars can be both practical and fun.

Not all of them are entirely practical however.

Automobili Pininfarina, in Italian brand backed by the Indian giant Mahindra, will be bringing along three versions of its new Battista.

Named after the founder of the Pininfarina design house, the car is expected to have a top speed of 250mph, and a range of 300 miles, all on battery power. The car itself has yet to be unveiled, but it's fair to say it is unlikely to have much room for your shopping.

Another major issue affecting the industry – and one that goes far beyond simply how cars are powered – is what the future holds for transport in cities.

Governments and local authorities across Europe are increasingly desperate to cut congestion and improve air quality. Restrictions on petrol and diesel cars, on private vehicles are likely to increase only.

At the same time technology is developing rapidly, raising the prospect that one day self-driving taxis may become commonplace in town centers. Ride hailing and car sharing are also becoming more popular.

All of this is clearly the traditional business models of established carmakers. As a result, deals have recently emerged between BMW and Daimler, on shared-use models and developing self-driving technology, may become more commonplace.

"Carmakers are being pulled in so many directions at the moment," says Anna -Marie Baisden, head of auto research at Fitch Solutions.

"They're investing in new technology, and at the same time seeing slower sales in key markets, such as North America, China and Europe. cost-cutting it makes sense to work together. "

Meanwhile, manufacturers are trying to work out what kind of vehicles we actually use in cities for the next few years.

So at Geneva, we will see the latest version of Honda's Urban EV, designed for use in the city, which is almost ready to go into production.

There will also be the Ami-One, a little electric box on wheels from the French marque Citroen. Only a concept so far, it's designed specifically for the car-sharing market. With a maximum speed of 28mph, in some countries you might even need a full license to drive it, making it a viable option for cash-strapped 16-year-olds.

A similar stream of creative thinking, Spanish brand Seat has come up with its own super-small city concept, first unveiled at the recent Mobile World Congress in Barcelona.

Named the Minimo, it is half the size of a traditional city car. In fact, it's more of an enclosed scooter. It has a strong resemblance to Renault's existing super-small car, the Twizy.

Like the Ami-One, it is aimed at the car-sharing market.

It may look rather incongruous alongside the exotic array of super-fast, super-stylish supercar Geneva invariably attracts. But carmakers clearly think machines like this are many of us will one day use to get around.

Supercars may have the futuristic looks, but super-compacts could be what the future actually holds.