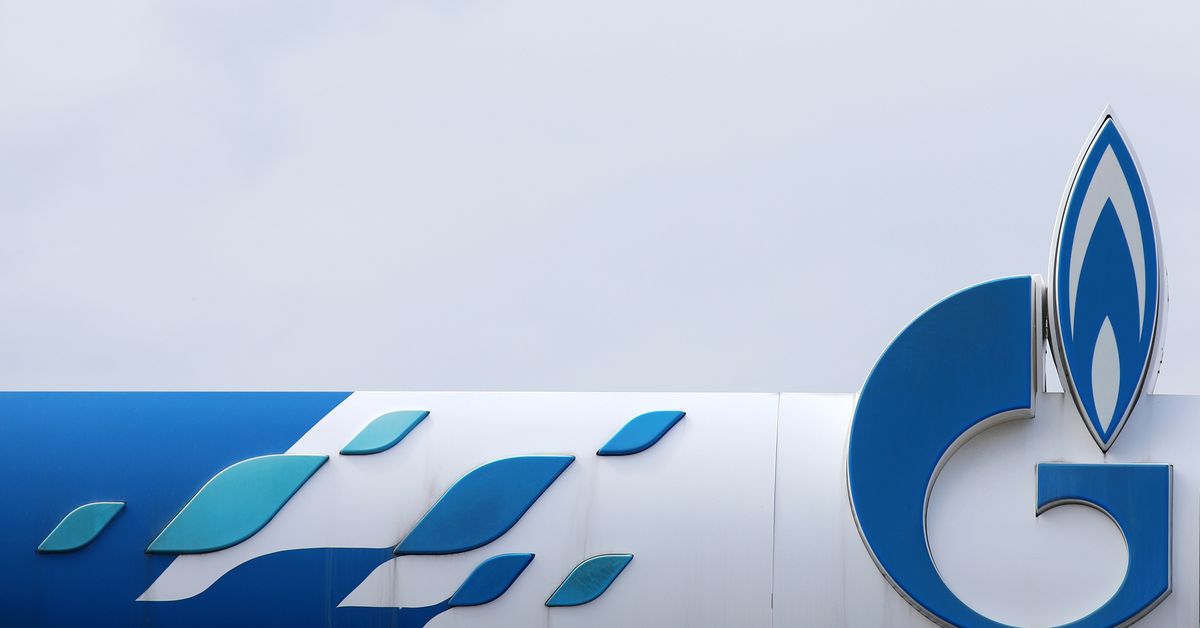 The logo of the Russian energy company Gazprom was seen at a station in Sofia, Bulgaria, April 27, 2022. REUTERS / Spasiyana Sergieva

MOSCOW, June 30 (Reuters) – Russian gas giant Gazprom (GAZP.MM) has decided not to pay dividends on last year’s results, the first time it has not paid out since 1998, causing shares to plummet by almost 30 %.

“Shareholders decided that in the current situation it is not advisable to pay dividends based on the 2021 results,” said Deputy CEO Famil Sadygov.

He added that Gazprom would rather focus on Russian regional gasification, preparation for the heating season and paying increased taxes.

Gazprom shares plunged more than 29% after the decision, which reversed a board recommendation to pay a dividend of 52.53 rubles per share in what would have been the largest payout.

Gazprom plans to spend 526 billion rubles ($ 10 billion) by 2025 to increase Russia’s gasification from the current level of 72%.

On Thursday, Russian lawmakers supported a draft bill that would provide a one-time increase in Gazprom’s monthly mineral recovery tax of 416 billion rubles between September and November, or 1.2 trillion rubles in total, the TASS news agency reported, while the government increased social payments.

Analysts criticized the decision to abandon dividends, which is one of the few ways Russian retail investors can earn in a time of severe Western sanctions against Russian companies.

“This is a disaster for Gazprom shares, as the company’s only investment appeal was high dividends. The decision is probably also partly linked to the Treasury’s willingness to increase … budget revenues,” said Tinkoff Investments analysts.

Gazprom’s decision comes as the group of seven economic powers appear to be putting a cap on the price of Russian oil and gas as a way to prevent Moscow from profiting from its actions in Ukraine, which has led to a sharp rise in energy prices. read more

Russian gas flows to Europe via Ukraine and the Nord Stream 1 pipeline have also fallen.

In its statement on Thursday, Gazprom did not mention either the G7 proposals to limit gas prices or the reduced flows to Europe, both of which threaten to cut revenues and potentially tax payments as a result.

“The main fear is that minority shareholders may not get anything if the state switches to the constant practice of extracting most of (Gazprom) profits through taxes. It is also a minus for the entire market in 2022,” said Finam analysts.

Reporting by Reuters Editing by Jason Neely and David Goodman