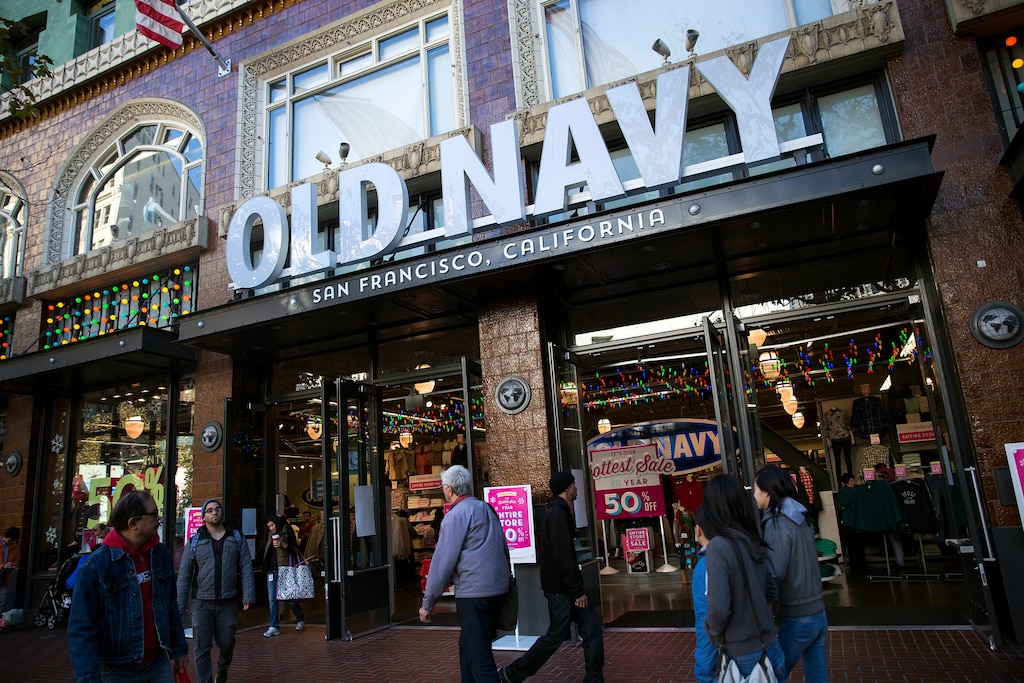 That's what Kate Fitzsimons, an analyst at RBC Capital Markets, wrote in a note out late Thursday following Gap's announcement that it would make Old Navy a separate, publicly traded company.

Fitzsimons' note was emblematic of Wall Street's tone: This was a positive development as the company has seen strong sales at Old Navy but significant weakness in the namesake Gap brand.

Now, other retailers could follow suit, according to Dana Telsey, CEO and chief research officer of Telsey Advisory Group, a New York brokerage firm focused on the consumer space.

" Overall, the retail industry has pointed through transformational change, "Telsey duty Business Insider on Friday. The announcement came as some of its other brands, like Vans and The North Face, generating more sales than VF Corp.'s denim businesses

The idea is that other retailers, particularly apparel manufacturers, could increasingly look To restructure amid changing consumers is a shift to e-commerce. Traditional retailers are "cleaning up the physical base, and enhancing their omnichannel presence," Telsey said.

She said investors could see a similar spin-off in Abercrombie & Fitch's Hollister apparel brand, and American Eagle Outfitters' Aerie lingerie business. Abercrombie, for its part, is scheduled to report quarterly earnings on Wednesday.

Read more: We visited Old Navy and saw why it became Gap's biggest asset before it was announced it was spinning off as his own company

Randal Konik, an analyst at Jefferies, has been arguing for an Old Navy separation for years. Old Navy at the valuation it commands. Last summer he wrote a note addressed to Gap's board of directors entitled: "Dear BOD of GPS … Please change your name to Old Navy. "

Following the split, the old company will oversee its Gap, Athleta, Banana Republic, Intermix and Hill City brands. Its CEO, Arthur Peck, will stay on as CEO of the yet-to-named retailer. Sonia Syngal, the CEO of Old Navy, will lead the separate Old Navy company.

Peck, on a call with analysts on Thursday, was asked by Oliver Chen, an analyst at Cowen, about the timing of the brand separation

Peck said ultimately it was decided that the "convergence of the business models and the needs of each business, the investment requirements of the business, and our ability to manage the synergies and get productivity, it was the right thing to do. "

Gap shares were down 13% this year, including Friday's 18% gain. 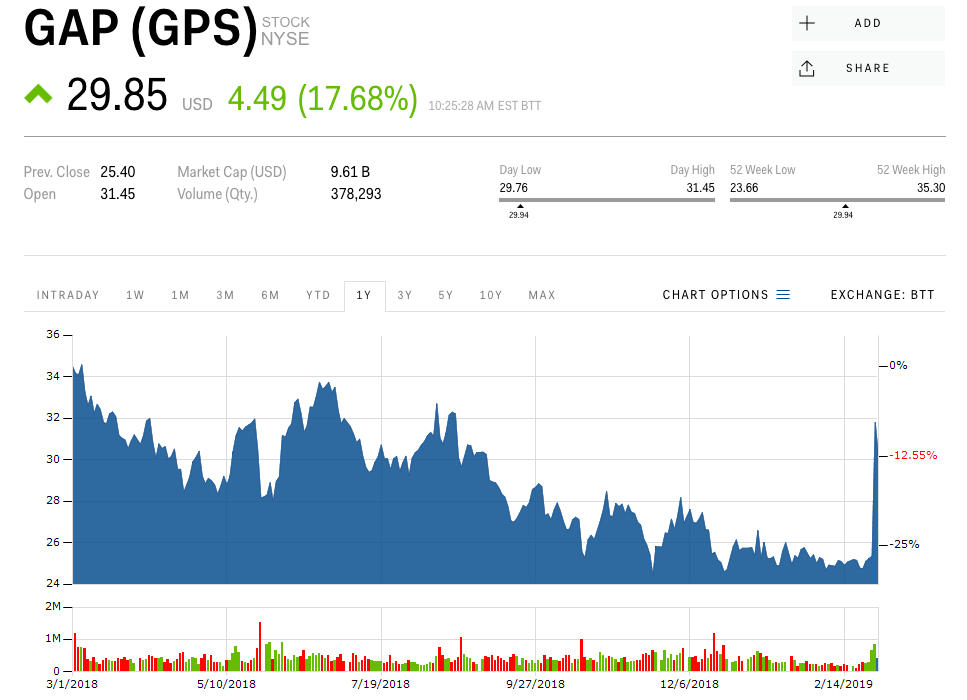