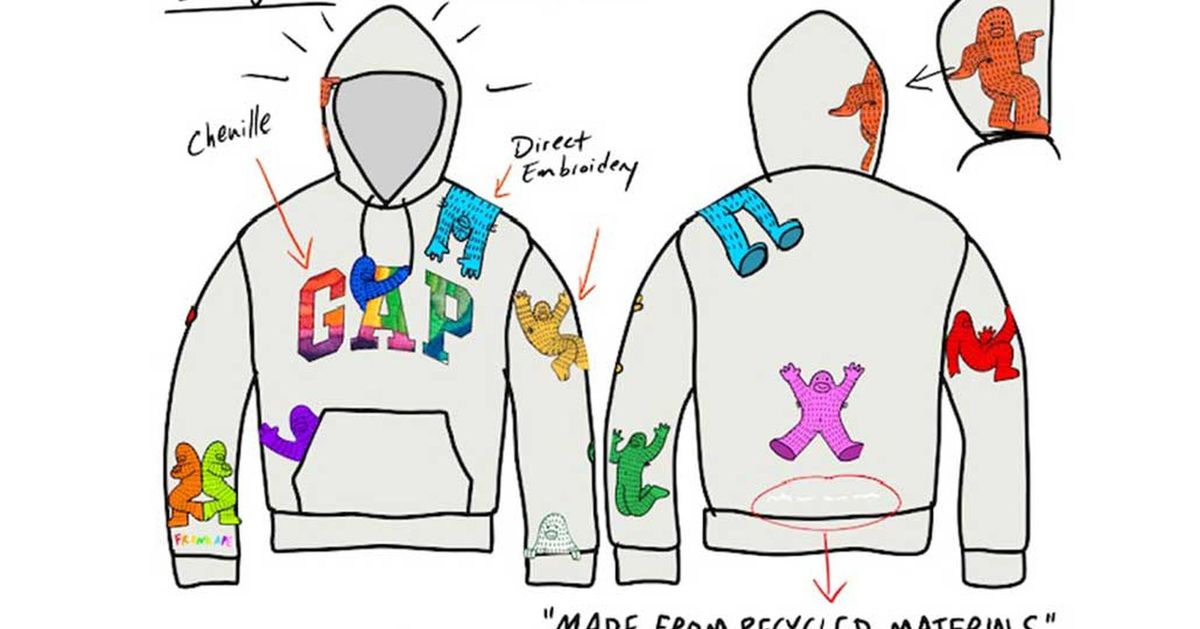 Gap sells NFTs, after other clothing retailers such as Adidas, Nike and Macy’s that have jumped into the NFT area in recent months. The NFTs are built on Tezo’s blockchain, which appears to be a more energy-efficient alternative.

The NFTs come in the form of a series of digital hoodie art, with different levels of rarity at different price ranges. Regular levels starting at around $ 8.30, or 2 tez, are on sale today. Rare, epic and unique levels will roll out over the next few weeks. Gap is collaborating with artist Brandon Sines, creator of the cartoon character Frank Ape, on the designs.

The gamified experience comes out to around $ 500.

For shoppers who prefer to buy something portable, look no further than the epic NFTs, priced at around $ 41[ads1]5 (100 tez), which include digital art by Sines and a physical Gap x Frank Ape sweater. But first, customers need to buy four regular and two rare NFTs (priced at 6 tez, or about $ 24.90) to get the chance to buy an epic, according to Decrypt. Gap says that the “gamified experience” will encourage fans to collect hoodie art that leads up to the epic level. In this case, the gamified experience comes out to around $ 500. If you’re not too picky about your clothes, Gap also has a 50 percent off sale right now that brings the price of a men’s hoodie to around $ 25.

Gap has scaled down its physical presence in recent years, withdrawing from the shopping centers it once had a mainstay in. In October 2020, the company announced it would close 350 Gap and Banana Republic stores in North America.

Although the NFT edition is remarkable, this is not the first time Gap has launched a special edition. The company saw success and buzz around the Yeezy Gap Hoodie in September, which Gap says resulted in the most sales of an item in a single day. The company said that 70 percent of its customers were new to Gap.