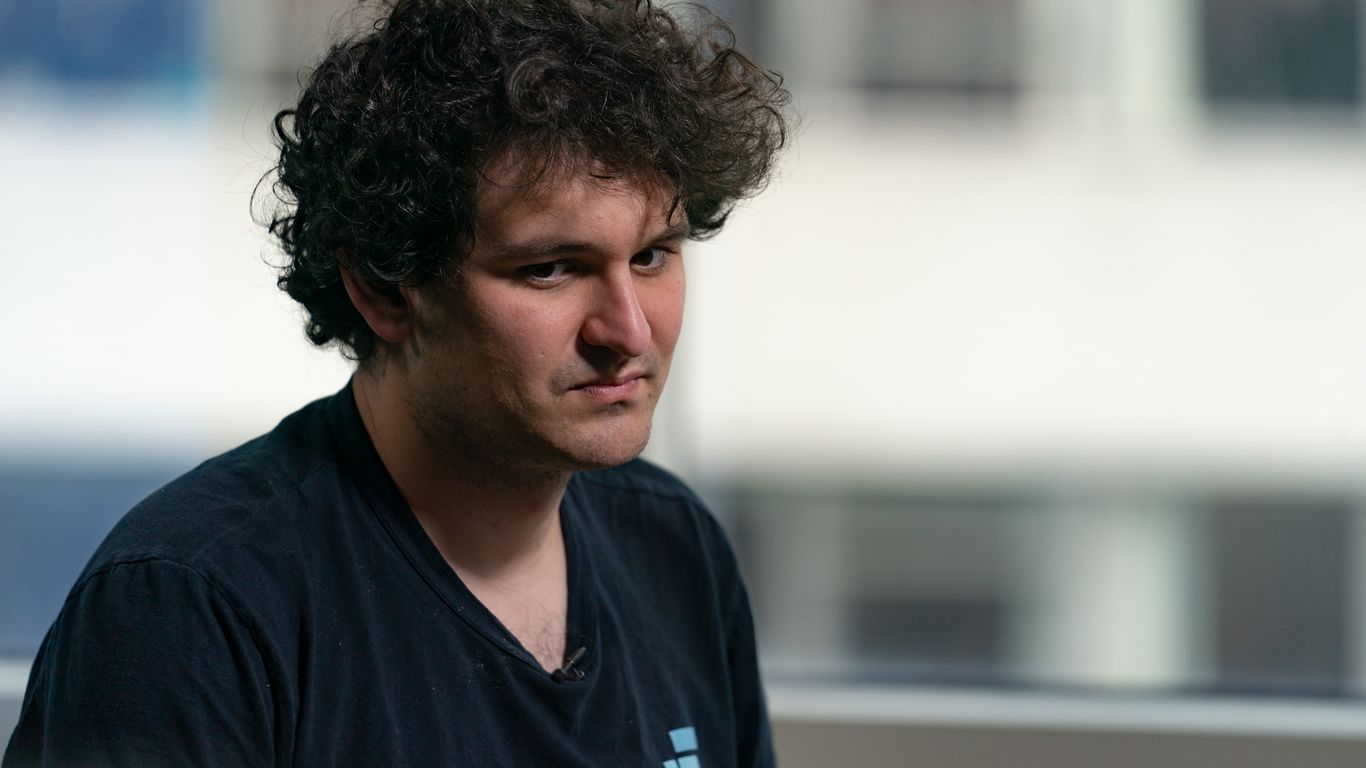 Sam Bankman-Fried, founder and CEO of FTX Cryptocurrency Derivatives Exchange, during an interview on an episode of Bloomberg Wealth with David Rubenstein in New York, U.S., Wednesday, Aug. 17, 2022. (Jeenah Moon/Bloomberg via Getty Images)

Crypto has an Enron scandal that threatens to completely undermine the trust proposition for its existence, regardless of Sam Bankman Fried’s mea culpa tour.

Why it matters: The house of cards built by Bankman-Fried has drawn several parallels, including Enron, Theranos, Bear Stearns, Lehman Brothers and Madoff Investment Securities.

The big picture: FTX’s “first day statement” in bankruptcy court confirms the picture that has emerged over the past month.

Like Theranos/Madoff/Lehman, the main spark for FTX’s downfall was the founder’s staggering ineptitude and dishonesty, and the failure of anyone around him to notice (or at least care).

Yes, but: What is specific to crypto is an untested, interconnected and interdependent ecosystem ripe for contagion and dramatic spillover effects. And since this fuse was lit, the fire spreads faster and wider.

Flashback: Crypto was born in the dark aftermath of the 2009 crisis; its main selling point was its decentralized nature.

Bottom line: The crypto industry was already facing a trust deficit. And this has set it way back.