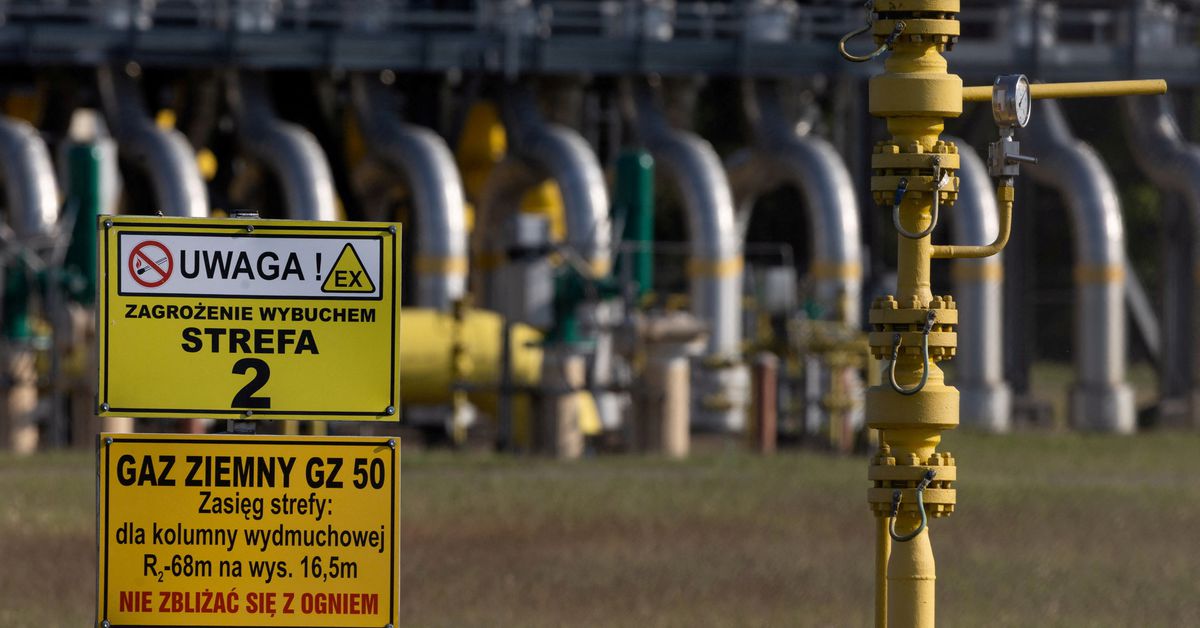 PARIS, Aug 30 (Reuters) – France accused Moscow on Tuesday of using energy supplies as “a weapon of war” after Russia’s Gazprom ( GAZP.MM ) cut supplies to a major French customer and said it would shut its main gas pipeline to Germany. for three days this week.

European authorities are trying to coordinate a response to skyrocketing energy costs for businesses and households and to fill storage facilities ahead of peak winter demand.

Western nations fear Moscow is deliberately driving up gas prices to try to weaken their opposition to the invasion of Ukraine, a tactic Ukrainian President Volodymyr Zelenskiy on Monday called “economic terrorism”. Moscow denies the charge.

Nord Stream 1, the main pipeline for Russian gas into Europe, has become a flashpoint in the dispute. Europe faces further pressure on supplies this week as Gazprom shuts down the pipeline for maintenance from Wednesday until early Saturday.

Kremlin spokesman Dmitry Peskov said on Tuesday that technological problems caused by Western sanctions against Russia are the only thing standing in the way of supplying gas via Nord Stream 1.

But France’s energy transition minister Agnes Pannier-Runacher said: “Very clearly Russia is using gas as a weapon of war and we must prepare for the worst case of a complete interruption of supplies.”

She spoke to France Inter radio after French utility Engie ( ENGIE.PA ) said it would receive less gas from Gazprom from Tuesday due to an unspecified contract dispute. read more

Russia has been pumping gas via Nord Stream 1 at only 20% of capacity, and there are fears that this week’s shutdown could be extended.

FILE PHOTO: Warning signs are pictured in front of the gas compressor station, part of the Polish section of the Yamal pipeline connecting Russia to Western Europe, which is owned by a joint venture of Gazprom and PGNiG but operated by Poland’s state-owned gas transmission company Gaz-System, in Gabinek near Wloclawek, Poland on May 23, 2022. The signs read: “Caution! Danger of explosion. Zone 2” and “Natural gas. Keep away from fire.” REUTERS/Kacper Pempel//File image

EU energy ministers will hold an emergency meeting on September 9 to discuss the crisis.

The source said Robert Habeck sent a message to EU energy ministers flagging that Berlin was open to discussing the price cap at next week’s meeting.

Italian Prime Minister Mario Draghi has pushed for a price cap, and has also called for steps to decouple the cost of electricity from the price of gas. Such a move would enable European households to reap the benefits of electricity produced from cheaper sources such as renewable energy.

The CEO of the German energy company Wintershall Dea said on Tuesday that the current price level means that demand for gas will fall in the long term.

“The prices we have at the moment are crazy. It’s nothing even a gas producer is looking for, because in the end we’re going to massively destroy the demand for our product,” Mario Mehren told reporters on the sidelines of a conference in Norway.

Benchmark Dutch wholesale gas prices rose on Tuesday afternoon after an initial retreat. The first-month gas contract was up 1.5% to 271 euros/MWh, from all-time highs hit last week, but still traded at levels more than five times higher than a year ago.