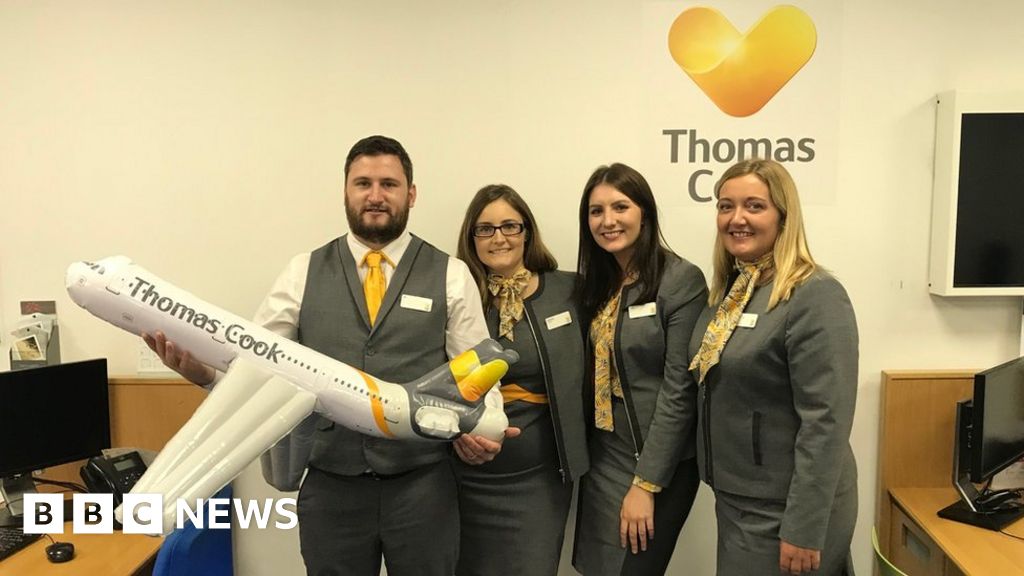 Employees from a Thomas Cook branch have given up their time advising customers at a cafe.

The former team in Telford, Shropshire, said they had been locked out of their store since the travel company collapsed on Monday.

Despite losing their job, they said they were determined to help their "loyal" customers.

Some customers who came by said they just wanted to say goodbye to the team that had become "like friends". [1[ads1]9659010] The staff left a message at the now closed shop advising customers that they would be at the cafe to answer questions on Saturday.

They said they were "overwhelmed" by the positive reaction and how many came to see them. 19659007] "When we put up the sign, we thought we could have two or three people, but we've had so many messages," said store manager Kimberley Jeffries.

Her colleague, Ian Crampsie, said it was a real "shock" when the store closed.

"I feel sad for the company, we had so many friends and so many good memories," he said. [19659007] "We wanted to come here in part because we didn't have the chance to say goodbye to all our customers."

Kayleigh Barnes, 20 and from Telford, came to get advice on recovering what she had paid for a planned trip to Thailand.

"Fair play for them to come because they basically no longer have the job," she said.

Peter Mays and his wife Julie said they had "a good relationship with all the staff."

The couple, from Little Dawley, have booked their annual holiday through Thomas Cook since 1995 and had two breaks arranged through the company when it folded, which they have since re-booked to another company.

"We just wanted to say We're sorry they lost the job," Mays said.