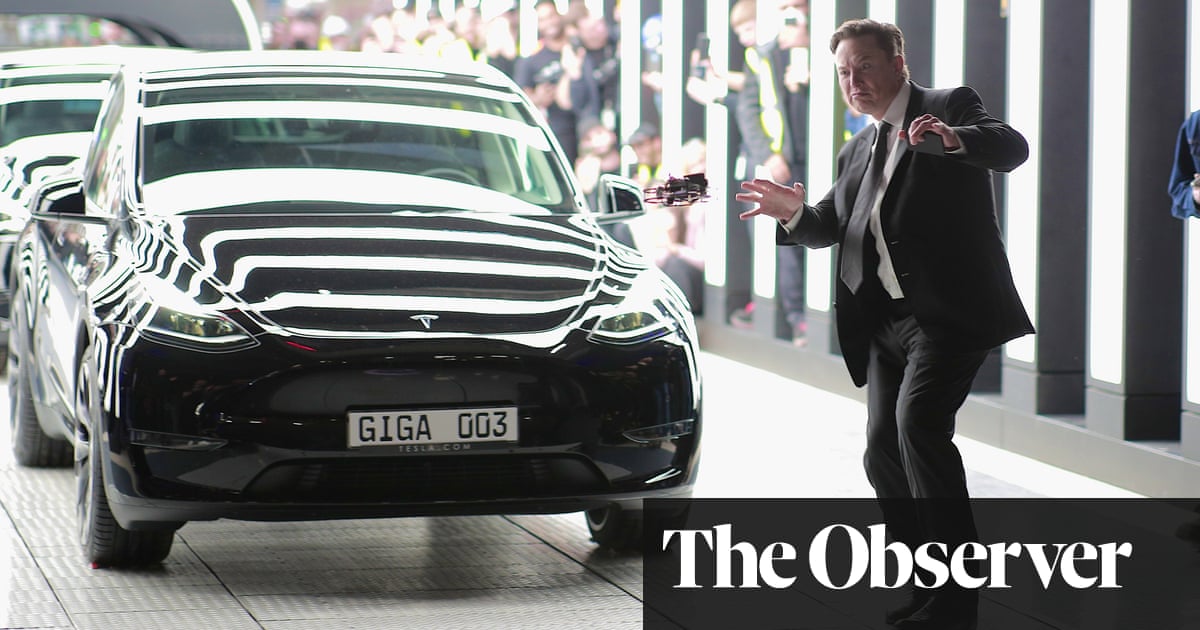 Spare a brief thought for Elon Musk’s bankers and lawyers. One week he is posting earnest polls about freedom of speech on Twitter, and the next he is spending billions of dollars on a major stake in the social media site, before attempting an all-cash take-private deal complete with by-now-compulsory stoner meme. (And possibly ̵[ads1]1; no, let’s be honest, probably – sticking two fingers up to US regulators at the same time.) Just another fortnight in the life of the world’s richest man.

Musk’s all-or-nothing ultimatum has made for box-office corporate drama, and nervous times in Twitter’s boardroom. But social media executives may not be the only ones feeling queasy: Tesla shareholders are also watching closely. Shares in Musk’s electric car company dropped by 3% on Thursday.

The whole rigmarole is a “soap opera”, according to Daniel Ives, analyst at US investment bank Wedbush Securities. He highlighted a “host of questions around financing, regulatory and balancing Musk’s time”.

The last of these is perhaps the most pressing for Tesla’s investors. For Musk, Tesla is only one part of the world’s ultimate portfolio career. He also runs companies exploring brain-controlled computing, the colonization of Mars, and car tunnels that will try to simultaneously defy Los Angeles congestion and the principle of induced demand – that building more roads causes more traffic.

When it comes to creating shareholder value, Musk is right up there (although Apple’s Tim Cook and Amazon’s Jeff Bezos are still ahead). He stewarded Tesla through “manufacturing hell” and near-bankruptcy to reach a $ 1 trillion market value.

Analysts expect the numbers to keep moving in the right direction on Wednesday when Tesla announces results for the first quarter of 2022. The consensus forecast for revenue is $ 17.8bn, according to S&P Global Market Intelligence. That would nudge sales above the last record – set the previous quarter. Expected profits of $ 2.6bn would be just short of the quarter before, but at this point the days of burning cash at a dangerous rate seem long ago.

But Tesla has a long way to go to justify a valuation that is still, shall we say, exuberant. The trillion-dollar mark can only mean that investors believe Tesla will become a dominant force in the global automotive industry (with notable sidelines in solar panels and energy storage). There is no other way to justify a price-to-earnings ratio of more than 200 (compared with 28 for Apple or 23 for Google’s owner, Alphabet).

That multiple will require a sales trajectory mimicking a SpaceX rocket. Analysts are looking for sales to double to $ 34bn by the end of 2023 as new plants in Berlin and Texas get into gear. (These will add to existing factories in Fremont, California, and Shanghai: the latter has suffered from production halts during the Chinese city’s strict coronavirus lockdown.)

This is one of the most ambitious manufacturing expansions in corporate history. Tesla’s capacity is growing rapidly, with 936,000 deliveries in 2021. It’s a hugely impressive feat given that the company essentially had to invent electric vehicle production, but it is still less than half that of premium rival Mercedes-Benz.

Cementing its position as the world’s most valuable carmaker – or indeed one that is worth more than the next 17 carmakers combined – is by no means guaranteed.

Social media’s business model is distraction. Tesla investors will be hoping that Musk’s takeover games do not pull him too far away from the day job.