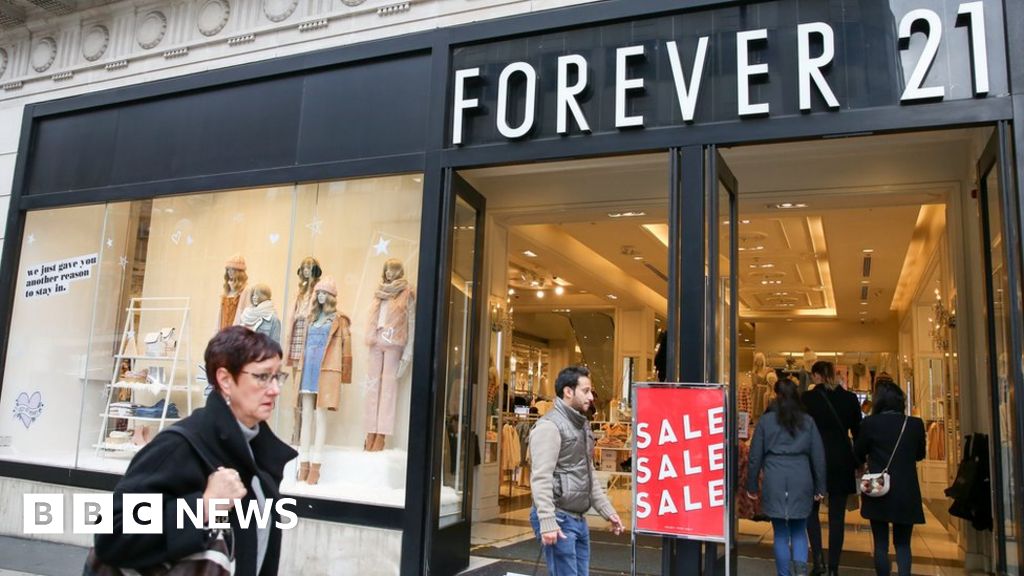 Fashion retailer Forever 21 has filed for Chapter 11 bankruptcy protection in the United States.

In a statement the company said it plans to "leave most international locations in Asia and Europe" but continue to operate in Mexico and Latin America.

It is expected to close up to 350 stores worldwide, said a spokesman, including as many as 1[ads1]78 the United States.

Chapter 11 protection exposes an American company's obligations to its creditors, giving it time to reorganize debt or sell part of its business.

A spokesperson for Forever 21 said it expects to have between 450 and 500 stores globally following this process, down from around 800 in operation.

The California-based company has requested approval to close up to 178 stores across the United States, but provided few details about other markets.

"Decisions on which international locations to close are ongoing. We do not expect to leave any major markets in the United States," the spokesman said.

Last week, the fast-fashion retailer said it would withdraw from Japan by October due to "still slow sales".

The retailer tried to reassure its customers in a public letter on Sunday, saying "stores are open" and "it will continue to feel like a normal day."

"This does not mean we are going out of business – on the contrary, filing for bankruptcy protection is a deliberate and decisive step to set us on a successful track for the future."

"This was an important and necessary step to secure the future of our company, which will enable us to reorganize our business and move Forever 21," said company executive vice president Linda Chang in the statement.

Forever 21 was founded in 1984 and sells affordable, trendy clothing and accessories.

The retailer competes with other major brands such as Zara and H&M.