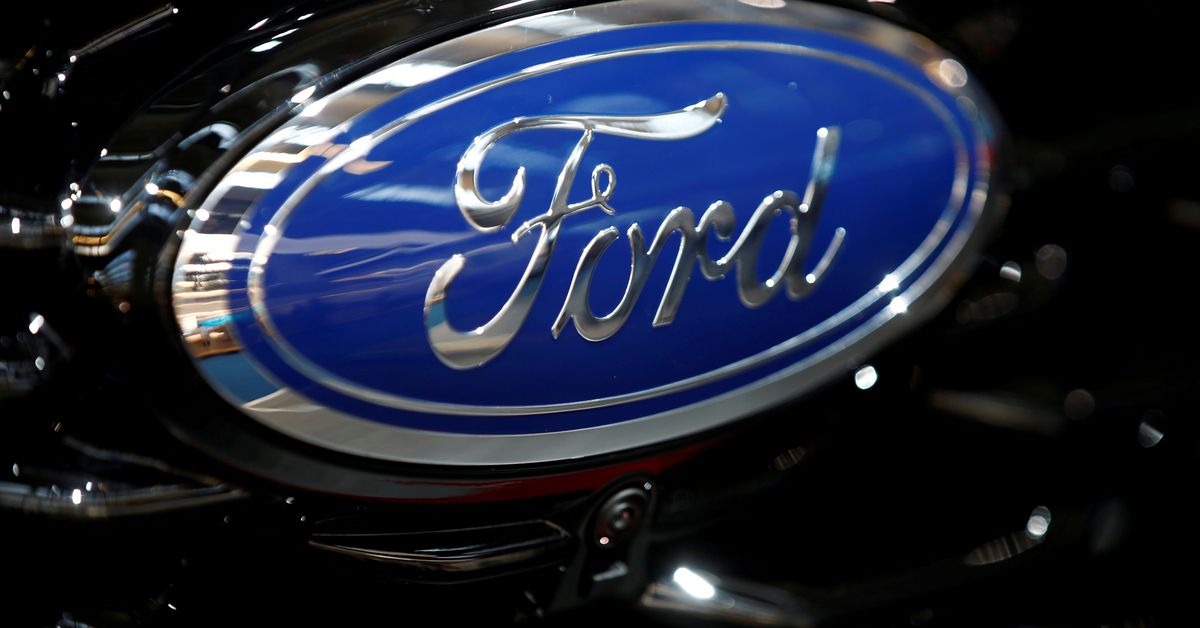 The Ford logo is pictured at the 2019 Frankfurt Motor Show (IAA) in Frankfurt, Germany. REUTERS/Wolfgang Rattay

Sept 20 (Reuters) – Ford Motor Cos ( FN ) shares fell more than 12% on Tuesday in their deepest one-day drop in more than a decade after the automaker said inflation-related costs would be $1 billion more than expected in the current quarter and parts shortages had delayed deliveries.

The stock ended at $13.09, making its percentage decline for the session the biggest since January 2011.

“It appears that across the industry, chip and component shortages may be improving at a slower pace than expected,” said Deutsche Bank analyst Emmanuel Rosner.

Ford’s inflation problems and FedEx’s weak demand highlight the bond the Federal Reserve is in ahead of the US central bank’s policy meeting on Wednesday.

The Fed is widely expected to raise interest rates by 75 basis points in the fight against decades of high inflation. Its aggressive monetary policy campaign has hit the US stock market in recent weeks, with investors worried that the Fed’s actions could hamper the economy.

Ford also estimated it would have 40,000 to 45,000 vehicles in inventory missing parts.

Ford, which is set to report third-quarter results on Oct. 26, confirmed 2022 adjusted earnings before interest and taxes of $11.5 billion to $12.5 billion.

It was unclear whether the supply of chips and parts would normalize by the end of the year, Deutsche Bank’s Rosner said.