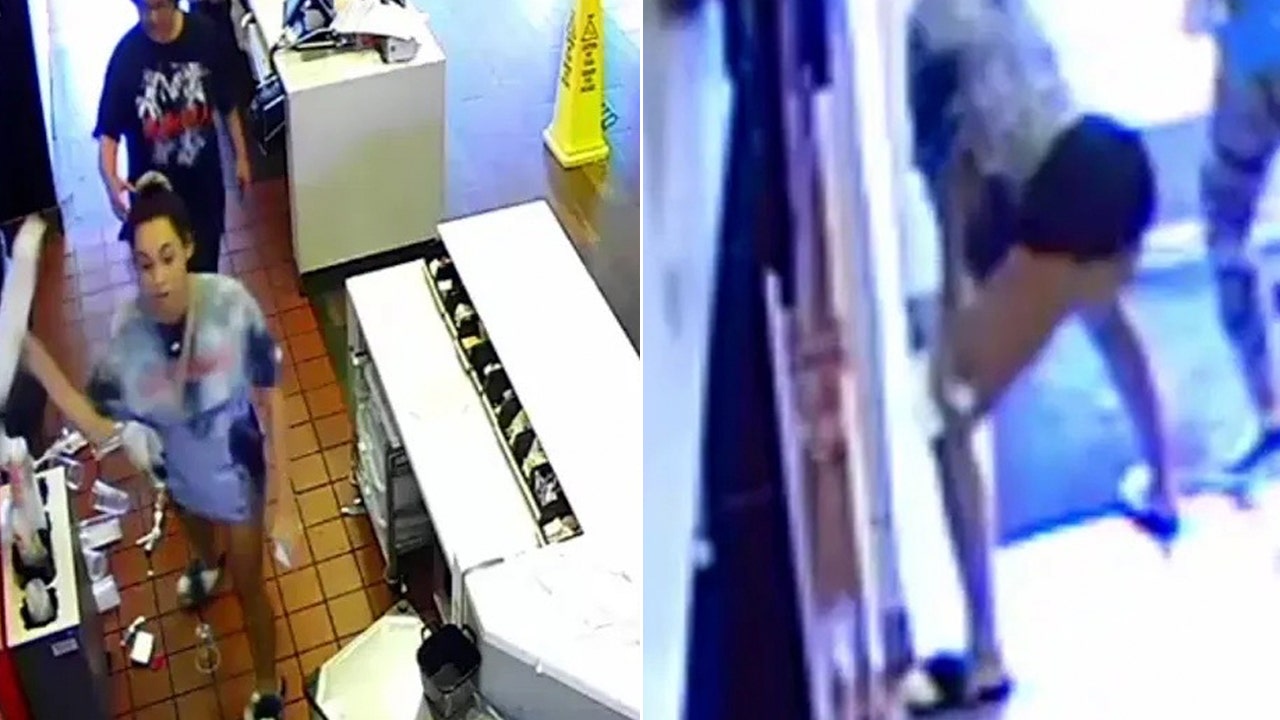 A Florida woman was arrested Friday after throwing and slamming things at a McDonald’s.

The woman, identified as Tianis Jones, 22, intended to pick up her order of a Happy Meal, chocolate shake, a Filet-o-Fish sandwich, tea and french fries, according to WTVT, after placing it online.

When she got to the drive-thru, she was asked to pull up to the third window. Instead, Jones ignored the directions, parked her car, and went into the restaurant to correct the mistake.

Tianis Jones, 22, charged after turning on McDonald’s for errors in ordering twerks to employees as she leaves the restaurant
(Polk County Sheriff’s Office)

The McDonald’s surveillance video captured Jones’ interaction with employees. She became so angry that it led to a call to 911 over the wrong order. While Polk County Sheriff Grady Judd only released two minutes of Jones’ conversation with 911, the entire conversation lasted 10 minutes.

Tianis Jones, 22, charged after turning on McDonald’s for errors in her order
(Polk County Sheriff’s Office)

Jones’ sister tried to calm her down, but to no avail. In addition, McDonald’s even offered to refund Jones, but she refused. The 22-year-old started overturning food spices from the counter and later went behind the counter to throw stacks of cups.

Jones would eventually leave McDonald’s, but not before twerking.

“I do not know what was wrong with her that night,” Judd said. “I do not know if she was missing two fries for a Happy Meal, but she created a McMess and behaved like a McNut. She ended up like a McBurglar.”

Tianis Jones, 22, charged after turning on McDonald’s for errors in ordering twerks to employees as she leaves the restaurant
(Polk County Sheriff’s Office)