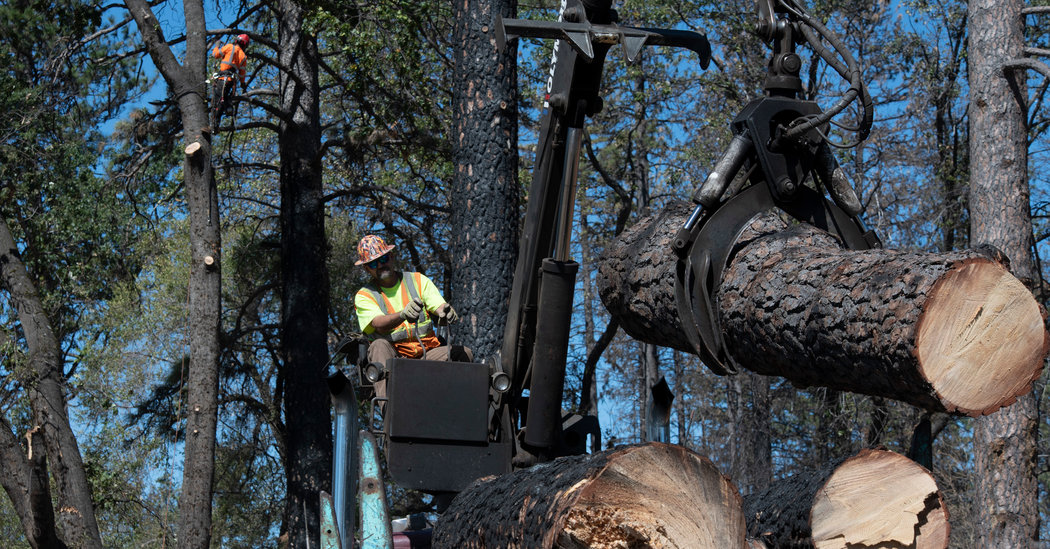 PG & E's CEO Bill Johnson said the company did everything it could. It has around 4,500 workers who are engaged daily in tree maintenance, he said in an interview, and should have fielded or trimmed 1.8 million trees by the end of the year. It also changes inspection procedures and improves the training of contractors, he added.

"This is a tremendous effort," he said, "and we learn as we go."

The success of this effort can help shape how insurance companies and investors respond to climate-related risks.

"We are regularly marching towards a future where the private market can conclude that these are uninsurable risks," said Dave Jones, a former state insurance commissioner. "In some ways, it has already happened to the tools."

In July, California lawmakers approved a plan to create a state-supported insurance pool to accelerate payments to victims of future wildfires. Homeowners in fire-prone areas who report on their own insurance cancellations and skyrocketing costs are increasingly targeting secondary insurance markets or state plans, similar to flood insurance, as a last resort.

For utility contractors, there is no backstop as a state insurance program. Many turn to expensive alternatives, sometimes sold by offshore companies in places like Bermuda and lack some of the regulation and financial guarantees of conventional politics.

Revenue from utility work is still enough to attract bidders. For Paul Sousa, owner of California Tree Solutions in San Jose, that meant raising insurance to $ 12 million in liability coverage from the $ 2 million he carried as a tree trimmer. But after weathering the initial costs, he said he was confident his 9-man fire-fighting PG&E fire department in Lake County would make the gamble pay off.

"If I hadn't already been established, I think I would have gone out of business," Sousa said. It also takes longer to get paid for the tool, he said, but it's an advantage to have one client with hundreds of thousands of miles to clear. "There's better job security," Sousa said. "They need us as much as we need them."