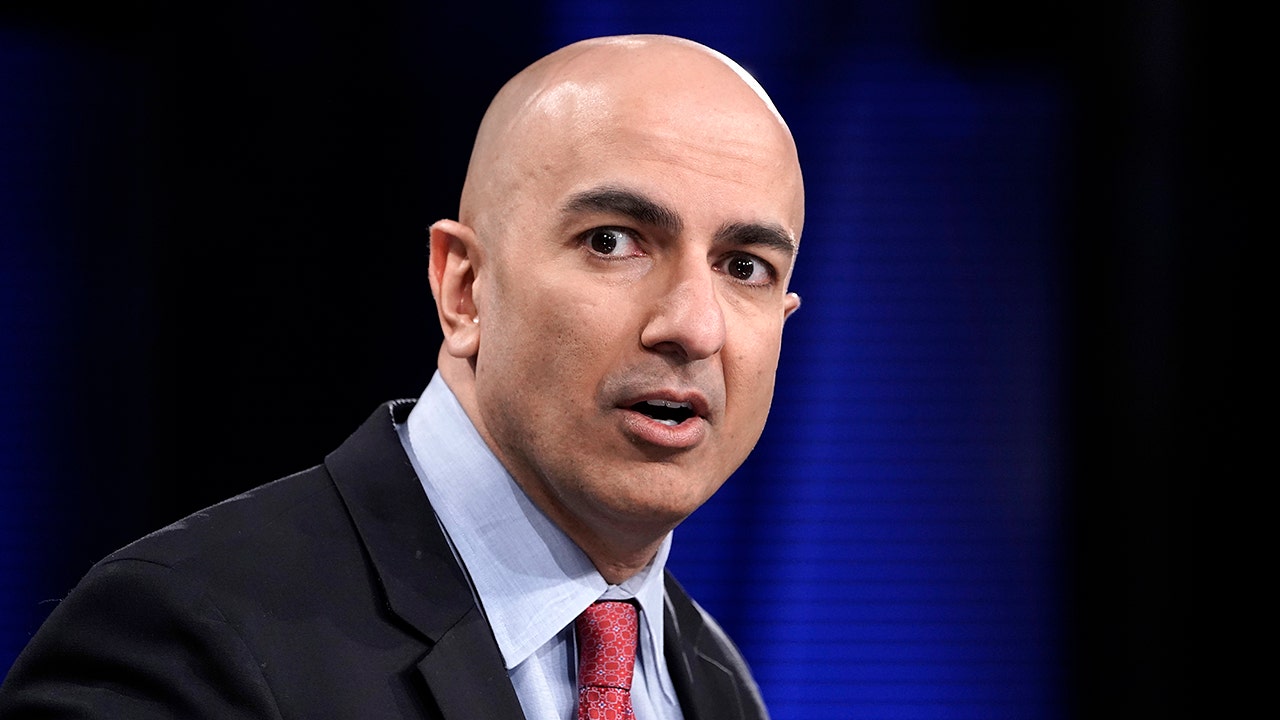 Rep. Kevin Brady discusses how Biden still denies the US has entered a recession on “Fox Business Tonight.”

Federal Reserve Bank of Minneapolis CEO and President Neel Kashkari said Sunday that the current state of inflation is “very concerning” and “spreading out more broadly across the economy.”

“It’s very concerning. We keep getting inflation readings, new data coming in as recently as this last week, and we keep getting surprised. It̵[ads1]7;s higher than we expect,” Kashkari said during an appearance on CBS’ “Face The Nation .” “And it’s not just a few categories. It’s spreading more broadly throughout the economy, which is why the Federal Reserve is acting with such urgency to get it under control and bring it back down.”

Kashkari emphasized that while wages are rising for many Americans, so are the costs of goods and services, meaning workers are experiencing a “real wage cut” because inflation is growing so quickly. He said that wage-driven inflation is not happening and that the cost of goods is partly due to disruptions in the supply chain, namely caused by the pandemic and now the war in Ukraine.

“For most Americans, their wages are going up, but they’re not going up as fast as inflation, so most Americans’ real wages, real incomes are going down,” he said. “They’re taking a real pay cut because inflation is growing so quickly. I mean, usually we think of wage-driven inflation where wages are growing rapidly and that leads to higher prices in a self-fulfilling spiral—that’s not happening yet. High prices and wages are now trying to catch up the high prices. The high prices are now being driven by supply chains and the war in Ukraine among other factors. And so we have to get the economy back into balance before this really turns from a very wage-driven inflationary story.”

Noting the latest results of the economic cost index, he stressed that it is a good thing that Americans are earning more, but the Federal Reserve cannot wait for the supply chain to adjust to bring prices down.

“Just at the basic level, inflation is when demand exceeds supply. We know that supply is low because of supply chains, because of the war in Ukraine, because of COVID. We were hoping that supply would come online faster. That hasn’t happened ,” Kashkari said. “So we’ve got to get demand down in balance. Now, I’m hoping we’ll get some help on the supply side, but that doesn’t change the fact that the Federal Reserve has its job to do, and we’re committed to doing it.”

“We cannot wait until supply is fully healthy. We have to do our part with monetary policy,” he added.

Kashkari argued that the new bill introduced by Sens. Chuck Schumer, DN.Y., and Joe Manchin, DW. Va., called the Inflation Reduction Act, “is not going to have a big impact on inflation” over the next few years, and it will be the Federal Reserve’s job to adjust monetary policy to bring it down.

“In the short term, the demand side effects totally swamped the supply side effects. And so, when I look at a bill that’s being considered that your two senators talked about, I’m guessing that’s not going to happen in the next couple of years. have a big impact on inflation,” he said. “It’s not going to affect how I analyze inflation for the next few years. I think in the long term it might have some effect, but in the short term we have an acute mismatch between demand and supply, and it’s really up to the Federal Reserve to be able to reduce demand.”

The White House has repeatedly refrained from admitting that the US economy is in recession and has debated the definition of the term. On Sunday, Kashkari argued that inflation is so bad that it doesn’t matter whether we use the term recession or not, and serious work needs to be done to solve it.

“Basically, the labor market appears to be very strong while GDP, the amount of the economy producing appears to be shrinking. So we’re getting mixed signals out of the economy. From my perspective, in terms of getting inflation under control, if we technically is in a recession or not doesn’t change my analysis,” he said. “I’m focused on the inflation data. I’m focused on the wage data. And so far, inflation continues to surprise us to the upside. Wages continue to grow. So far, the labor market is very, very strong. And that means whether or not we’re technically in a recession or not, does not change the fact that the Federal Reserve has its own work to do.”

“We are a long way from achieving an economy that is back to 2% inflation. And that’s where we need to get to,” Kashkari added.