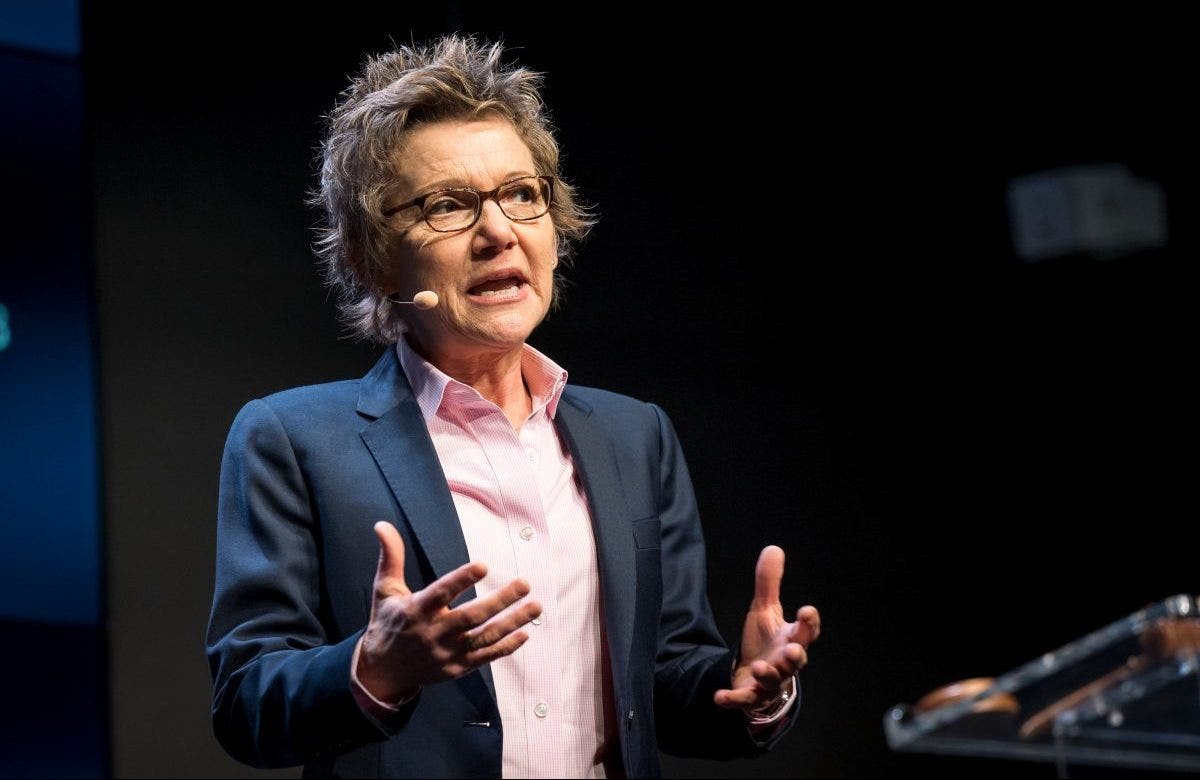 Federal Reserve Bank of San Francisco President Mary Daly said Sunday that the U.S. central bank will “absolutely” raise interest rates by half a percent in September to try to bring down red-hot inflation.

Appearing on CBS’ “Face the Nation,” Daly said Americans are struggling as inflation hits 9.1% — the highest since 1981 — while wage growth isn’t picking up as fast.

“Americans are losing ground every day, so the focus has to be on getting inflation down,”[ads1]; Daly said.

The potential rate hike comes as the US economy teeters on the brink of recession.

FED’S MARY DALY SAYS SHE DOESN’T FEEL INFLATION BECAUSE ‘I HAVE ENOUGH,’ DOCTOR ADDS ‘IT’S NOT THE CASE’ FOR OTHERS

Mary Daly, president of the Federal Reserve Bank of San Francisco, promised struggling Americans that the Fed was “far from done” in its efforts to lower inflation. (David Paul Morris/Bloomberg via Getty Images/Getty Images)

The Commerce Department reported last week that GDP shrank 0.9% in the second quarter after falling 1.9% in the first three months of the year.

However, Daly said she does not see inflation embedded in the economy, which she says has shown signs of cooling.

‘Kennedy’ panelists discuss the Fed raising interest rates again to fight inflation and the likelihood of a recession.

“What I see is that supply and demand are just unbalanced. About 50%, according to my own staff estimates, of the excess inflation we’re seeing is related to demand, the other 50% to supply,” she said.

Daly said she believes the Fed is in a good position to reduce demand and that they are already seeing signs of cooling in the housing market and in investment.

“So I see signs that the economy is cooling, it’s just going to take some time for the interest rate adjustments that we’ve made to work through,” Daly said. “And we’re far from done yet, that’s our promise to the American people.”