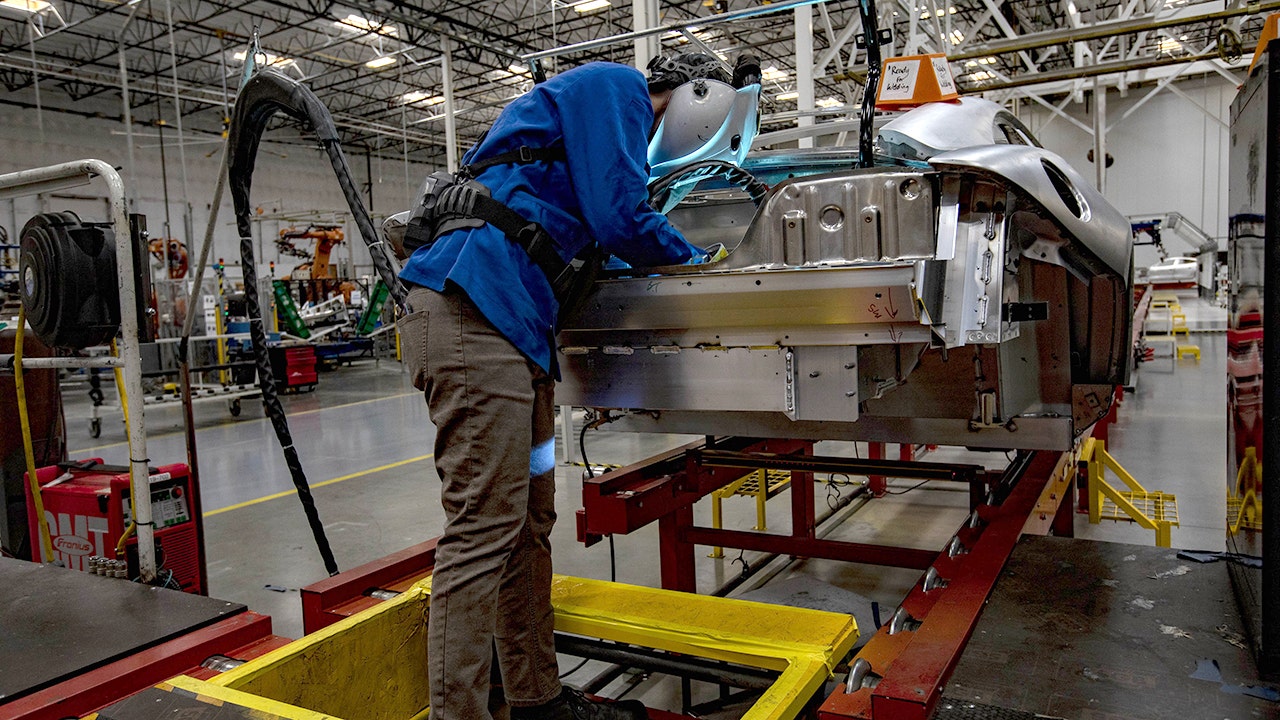 Here are five key things that could affect Monday’s trading.

DIRE FED WARNING: Federal Reserve Bank of Minneapolis CEO and President Neel Kashkari said Sunday that the current state of inflation is “very concerning” and “spreading out more broadly across the economy.”

“It’s very concerning. We keep getting inflation readings, new data coming in as recently as this last week, and we keep getting surprised. It̵[ads1]7;s higher than we expect,” Kashkari said during an appearance on CBS’ “Face The Nation .” “And it’s not just a few categories. It’s spreading more broadly throughout the economy, which is why the Federal Reserve is acting with such urgency to get it under control and bring it back down.”

Kashkari emphasized that while wages are rising for many Americans, so are the costs of goods and services, meaning workers are experiencing a “real wage cut” because inflation is growing so quickly. He said that wage-driven inflation is not happening and that the cost of goods is partly due to disruptions in the supply chain, namely caused by the pandemic and now the war in Ukraine.

Minneapolis Federal Reserve President Neel Kashkari warned that the current state of inflation is “very concerning” and continues to “spread more broadly across the economy” during an appearance on CBS’ “Face The Nation” on Sunday, July 31, 2022. (John Lamparski/Getty Images/Getty Images)

“For most Americans, their wages are going up, but they’re not going up as fast as inflation, so most Americans’ real wages, real incomes are going down,” he said. “They’re taking a real pay cut because inflation is growing so quickly. I mean, usually we think of wage-driven inflation where wages are growing rapidly and that leads to higher prices in a self-fulfilling spiral – that’s not happening yet. Wages are now trying to catch up to the high prices . The high prices are now being driven by supply chains and the war in Ukraine among other factors. And so we have to get the economy back into balance before this really becomes a very wage-driven inflation story.”

Noting the latest economic cost index results, he stressed that while it’s a good thing Americans are earning more, the Federal Reserve can’t wait for the supply chain to adjust to bring prices down.

“Just at the basic level, inflation is when demand exceeds supply. We know that supply is low because of supply chains, because of the war in Ukraine, because of COVID. We were hoping that supply would come online faster. That hasn’t happened ,” Kashkari said. “So we’ve got to get demand down in balance. Now, I’m hoping we’ll get some help on the supply side, but that doesn’t change the fact that the Federal Reserve has its job to do, and we’re committed to doing it.”

“We cannot wait until supply is fully healed. We have to do our part with monetary policy,” he added.

Kashkari argued that the new bill introduced by Sens. Chuck Schumer, DN.Y., and Joe Manchin, DW. Va., called the Inflation Reduction Act, “is not going to have a big impact on inflation” over the next few years, and it will be the Federal Reserve’s job to adjust monetary policy to bring it down.

GASLIGHTING AMERICAN PUBLIC: Conservative groups are criticizing President Biden and his administration for trying to “gas” Americans into believing the country is not in a recession.

The country entered a technical recession as the US economy shrank by 0.9%, meaning the country has seen a negative gross domestic product for the second consecutive quarter.

Ahead of the advance estimate of the country’s GDP on July 28, the White House Council of Economic Advisers said that although the number is negative, it is still “unlikely” to be an indicator that the country is in a recession.

Conservative groups claim that President Joe Biden is “lighting the gas” on the American public that the country is not in a recession, and the group is telling Americans “GDP numbers don’t lie.”

After the GDP number was released, Biden was quick to say that the United States is “not in a recession,” adding that there is “no insurrection that the economy is slowing down.”

Will Hild, CEO of Consumers’ Research told Fox News Digital that the country is in the middle of a recession despite what Biden and his administration are suggesting.

“The GDP numbers don’t lie — under the Biden administration, we’re building back brokers,” Hild said. “No matter how the White House tries to spin it, the Biden recession is here to stay as everyday Americans face higher prices from the grocery store to the gas pump.”

He said in an interview that the White House’s current calculation of whether the country is in a recession depends on the fact that unemployment is not high yet.

“My understanding is [White House] “leans heavily on the fact that we haven’t seen large numbers of unemployment yet, but layoffs are picking up, and that may just be a lagging indicator,” Hild said.

PRODUCTION REPORT: A key report on US manufacturing activity kicks off the new month on Monday morning.

The report, the ISM manufacturing PMI for July, will be released at 10 a.m. ET. It is expected to fall a point to 52.0, the lowest level since May 2020, and will also mark the fifth month in the past six of declining manufacturing activity.

For context, the March 2021 reading of 63.7 marked the fastest rate of expansion in more than 37 years. Also for reference, a score of 50 is the dividing line between an expanding and contracting manufacturing sector. Inflation watchers will keep a close eye on the prices being paid.

It is expected to fall for a fourth month to 74.3, the lowest since December and supports the view of peak inflation. For perspective, the reading in June 2021 was a record high of 92.1.

An important production report is scheduled for release on Monday morning. The ISM manufacturing PMI for July is expected to fall a point to 52.0, the lowest level since May 2020, and will also mark the fifth month in the last six years (Jill Connelly/Bloomberg via Getty Images/Getty Images)

At the same time, watch for construction costs to increase 0.2% month-on-month in June, after a surprise decline of 0.1% the month before.

NEW WEEK WITH RECOVERY: Second-quarter earnings season continues this week with 153 companies in the S&P 500, or about 30% of the benchmark, due to report.

That number includes two Dow members: Caterpillar on Tuesday and Amgen on Thursday.

Other names to watch include video game maker Activision Blizzard on Monday afternoon, Uber and Starbucks on Tuesday, mainstays CVS Health on Wednesday and Cigna on Thursday.

Around 280 companies, or slightly more than half of the S&P 500, have reported results from April to June, and the figures exceed expectations.

JOB REPORT ON LOSS: On Friday morning, a key economic report for the week will be released when the Labor Department is expected to say the US economy added 250,000 new nonfarm jobs in July. That’s down from a stronger-than-expected gain of 372,000 in June and would mark the weakest job growth since December 2020.

This news is consistent with other data showing signs of a cooling labor market (eg, jobless claims are near an 8-month high).

The unemployment rate is expected to hold steady at 3.6% for the fifth consecutive month, just slightly above the pre-pandemic level of 3.5% in January and February 2020, which was the lowest since May 1969.

The manufacturing sector likely added 15,000 jobs in July, about half of the larger-than-expected increase of 29,000 last month and the lowest since April 2021.

Additionally, watch for hourly earnings to increase by 0.3% month-over-month and 4.9% year-over-year. That would be down from 5.1% in June, marking the fourth straight month of slowing annual wage growth from a 2-year high of 5.6% in March, and a sign that wage growth has peaked.