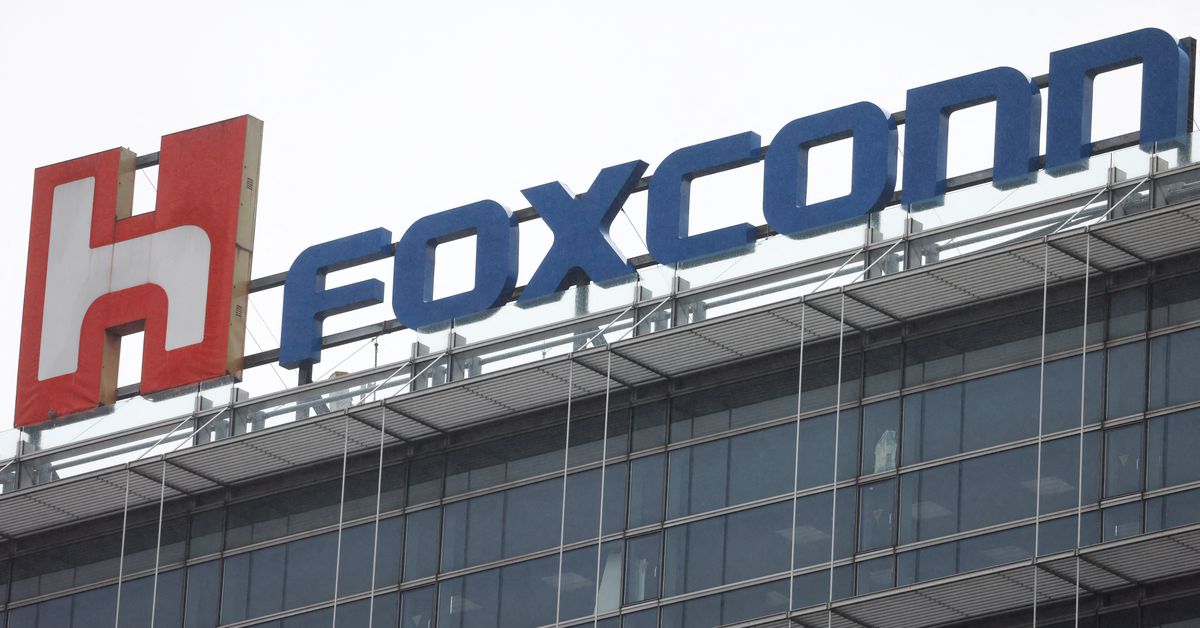 BEIJING, Oct 31 (Reuters) – After enduring days of confinement at Foxconn’s massive plant in central China with 200,000 other workers, Yuan finally scaled the fences on Saturday night and escaped the complex, joining others fleeing what they feared was a rising COVID-19. outbreak.

He walked through the night, sticking to a northern route, toward his hometown of Hebi, each step taking him further away from iPhone maker Foxconn̵[ads1]7;s ( 2317.TW ) Zhengzhou plant, the Taiwan-based group’s largest in mainland China.

“There were so many people on the road,” Yuan told Reuters on Monday, declining to give his full name because of the sensitivity of the case.

Since mid-October, Foxconn has been battling a COVID-19 outbreak at its plant in Zhengzhou, the capital of central China’s Henan province. Workers were locked in to stop the spread of the coronavirus to the outside world. Foxconn has repeatedly refrained from disclosing the caseload.

“We were locked up on October 14, and we had to do endless PCR tests, and after about 10 days, we had to wear N95 masks, and were given traditional Chinese medicine,” Yuan said.

Whenever a positive or suspected case was found at a production line, there would be a public broadcast, but work would continue, he told Reuters.

“People would be called away in the middle of work, and if they didn’t show up the next day, it would mean they had been taken away,” Yuan said.

Around 20,000 workers had been quarantined at the site, Yuan had heard, but he could not be sure how many were infected, as management did not make this information public.

The world’s second largest economy continues to wage war against COVID with disruptive shutdowns, mass testing and quarantines while many other countries have chosen to live with the disease. read more

For companies with massive manufacturing campuses like Foxconn, that has meant keeping thousands of workers on-site in so-called “closed-loop” systems to keep production lines running.

“Tens of thousands of food was just left outside (of the plant’s quarantine buildings),” said a worker surnamed Li, 21.

Li, who is still at the factory, said she planned to quit.

In a statement on Monday, Apple ( AAPL.O ) supplier Foxconn said reports that 20,000 employees had been diagnosed with COVID were false.

On Sunday afternoon, the company told Reuters in an emailed statement that workers were allowed to leave if they chose. read more

Foxconn did not immediately respond to a Reuters request on Monday for further comment.

Disruptions from China’s zero-COVID policy to trade and industry have widened in October as cases escalated. Aside from the Foxconn lockdown, the Shanghai Disney Resort was closed from Monday to comply with counter-epidemic requirements, with visitors still inside.

For Yuan, it came to a head when he heard that a housing complex for workers near his facility had been cordoned off by security on Friday, and that the facility itself would go under curfew the following day.

In a panic, Yuan decided to leave the next day, joining streams of other escaped workers. It was not immediately clear whether a curfew was eventually imposed.

On Sunday morning, Yuan had gone to the banks of the Yellow River, the northern border of Zhengzhou, where he was stopped 50 km (30 miles) from Hebi by authorities from the city of Xinxiang on the other side.

“I will never go back to Foxconn,” said Yuan, who has since been transported to Hebi and quarantined.

“Zhengzhou has put a chill in my heart.”