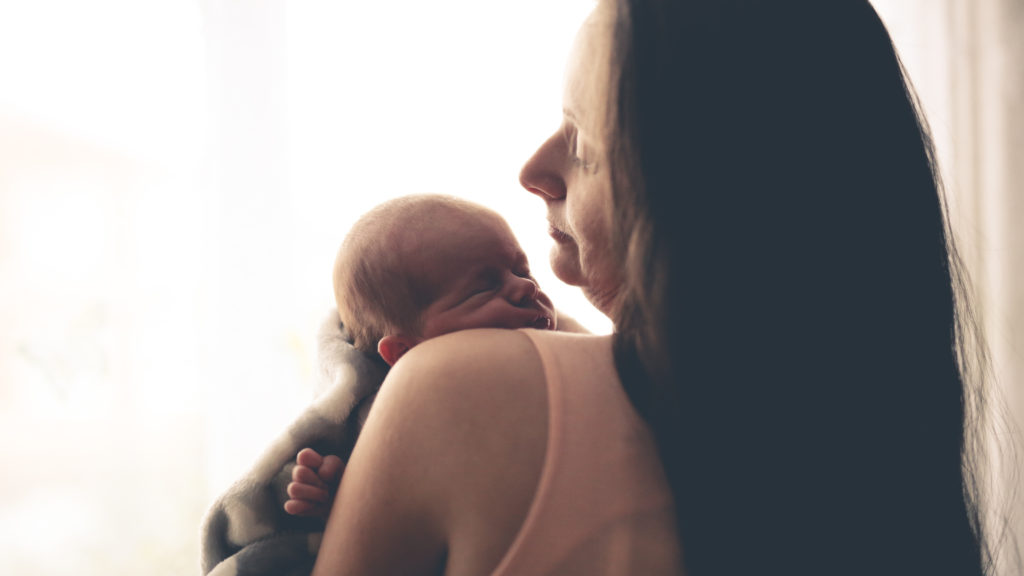 T he Food and Drug Administration on Tuesday approved brexanolone, the first drug specifically targeted to treat postpartum depression – the most common complication of childbirth but which often goes untreated because new mothers can be stigmatized about reporting symptoms. ] Brexanolone is also the first ever drug developed by and approved from Sage Therapeutics. The Cambridge, Mass-based biotech company will market the new medicine under the brand name Zulresso.

"This approval is important for postpartum depression patients and it is important for our company. "It's rare in your career when you are new to medicine that is different from what's out there," said Sage CEO Jeff Jonas.

Approximately 400,000 women experience postpartum depression eye year in the US, according to the Centers for Disease Control and Prevention. But specialists say only about half of women with postpartum depression are diagnosed and treated. They hailed Zulresso's arrival because it works fast and should spark more awareness and diagnosis of the disease.

"This is a game-changing drug," said Dr. Marcela Almeida, a psychiatrist at Brigham and Women's Hospital in Boston. “Current antidepressants can take weeks to be effective. [Zulresso] works within a couple of days, and women see significant improvements in three days. Almeida has no financial ties to Sage.

"One of the difficulties with psychiatric illness is that we often don't know what causes it or why someone becomes ill, ”said Dr. Lucy Puryear, medical director of The Women's Place, Center for Reproductive Psychiatry at Texas Children's Pavilion for Women. "With postpartum depression, which is most likely linked to a hormonal trigger and can be treated with a hormonal therapy like [Zulresso] goes a long way toward decreasing stigma, increasing acceptance of the diagnosis, and encouraging women to seek help. "Puryear has no financial ties to Sage; her hospital participated in the Zulresso clinical trial.

There are logistical challenges and safety precautions that might limit the use of Zulresso. The drug is administered via an intravenous infusion over 60 hours. Zulresso can cause dizziness, drowsiness, sedation, and fainting, so the FDA is requiring women to be treated at an inpatient facility or hospital where they can be monitored. Zulresso showed a reduction in HAM-D total score, a common measure of depression severity, at an average of 1

7 points compared to just under 13 points for a placebo. Zulresso is a proprietary formulation of the neurologic steroid allopregnanolone and works by modulating neurotransmitters in the brain called GABA receptors – the brain's main inhibitory system – differently than currently approved anti-seizure medications

Sage will charge $ 34,000 for a single treatment course of Zulresso, before any discounts or rebates. There will also be the added expense of a short hospital stay. Jonas, Sage's CEO, expects wide reimbursement for Zulresso, based on talks the company has already had with insurance companies. The most significant commercial challenge, Jonas adds, will help hospitals prepare and train the drug.

“While this treatment might work for all women with postpartum depression, it is clearly a major step to put someone in a hospital for treatment. This is probably most appropriate for women with moderate to severe symptoms who are struggling to work at home, not good to care for themselves or their children, ”said Puryear. "It would be appropriate for women with less severe symptoms but then it is a cost-benefit analysis." Paul Matteis, biotech analyst at Stifel, forecasts Zulresso generating $ 270 million in U.S. sales by 2023. Given the requirements for in-hospital treatment, measured at the drug's use will be limited to women with severe postpartum depression, at least initially.

Sage's current market value already approaches $ 8 billion, which means investors both expected Zulresso's approval and have accounted for its revenue in valuation models.

The investment case for Sage rests more heavily on SAGE-217, a still-experimental drug in the company's pipeline that works much the same way as Zulresso but is taken as a daily pill

SAGE-217 could be worth billions of dollars if approved for postpartum depression and for the larger and more commercially lucrative treatment of major depressive disorder. Last January, Sage announced positive results from a Phase 3 study of SAGE-217 in women with postpartum depression. A Phase 3 study of SAGE-217 in major depressive disorder is underway, hoping to confirm a benefit already seen in a smaller, mid-stage study. Stifel's Mattei said if all goes right, SAGE-217 could win FDA approval in 2021.

Adam is STAT's national biotech columnist, reporting on the intersection of biotech and Wall Street.