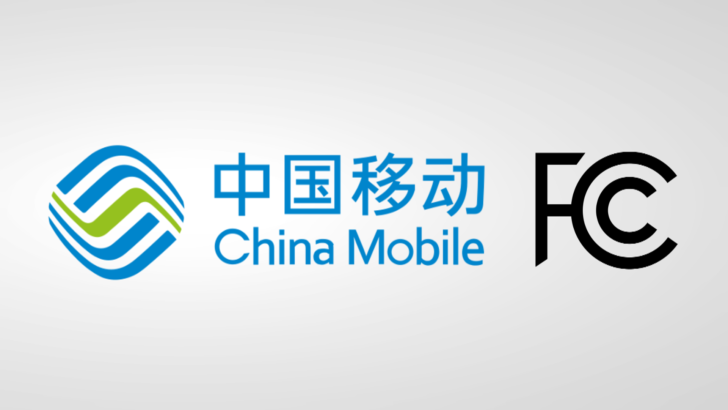 FCC Manager Ajit Pai has announced that he will refuse an application from the world's largest mobile operator to operate in the United States. China Mobile USA's request to provide mobile service from the United States will be voted on the Commission's next open meeting on May 9.

China Mobile USA, a subsidiary of the state-owned company, filed the application in 2011 to provide global construction-based and resale telecommunications between the United States and "all international points". However, regulators have long doubted the telkom's intention to be in public interest. In July last year, the National Telecommunications and Information Administration, together with other executive branches, suggested that the FCC reject the application proposed that the FCC reject the application and say that China Mobile "would constitute unacceptable national security and law enforcement risks."

Protection of communications networks is crucial to our national security. Having reviewed the evidence in this process, including input from other federal agencies, it is clear that China Mobile's application to provide telecommunications services in our country provides great and serious national security and law enforcement. Therefore, I do not believe that approval of it would be in public interest. I hope my colleagues will join me by voting to reject China Mobile's application.

We have come out to China Mobile for comment and will update this story if we hear back.

U.S. intelligence and national security officials have raised the spectrum of China's growing cyber security complaint in the world. Washington has gone after ZTE for sanctions violations and Huawei for a variety of trade violations and fraud charges. It has also discouraged international authorities from allowing Huawei 5G network equipment to be integrated into their cellular network.

Based on Ajit Pai's previous comments on the China Mobile application, it was not likely that the carrier's plans to expand into the United States would train. And as expected, they don't.

In a 5-0 vote, the Commission has denied China Mobile access to the US telephone network.

As Pai's previous remarks would suggest, the FCC decided largely on the basis of security issues, expressing fear that access to US telecommunications infrastructure could be used as an intelligence gathering platform.