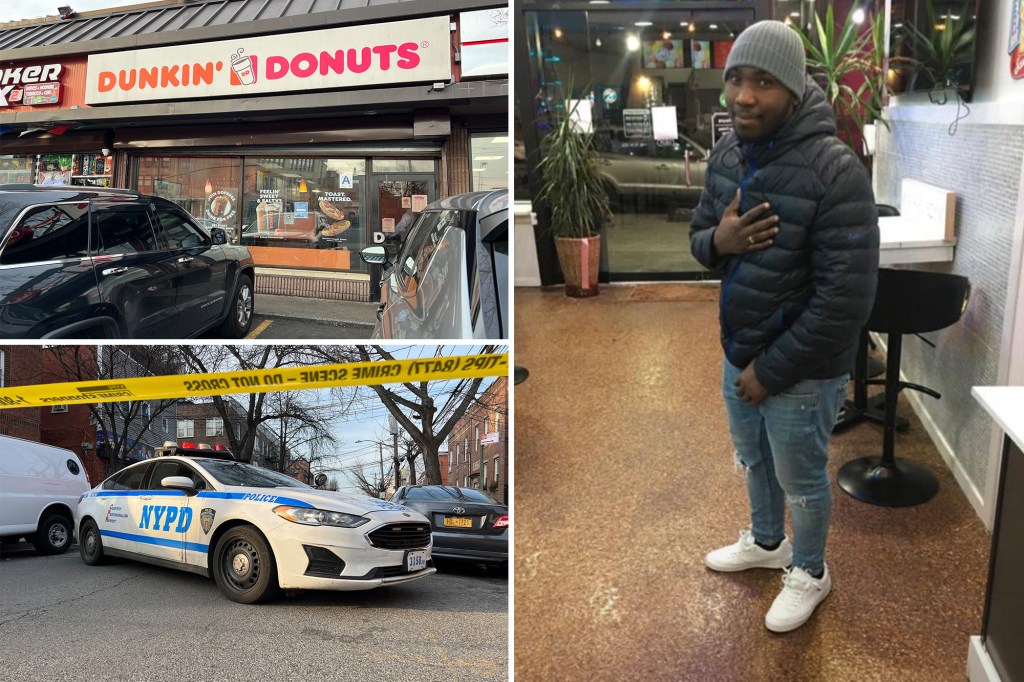 A man shot after an argument inside a Bronx Dunkin ‘was a recent immigrant from Jamaica working to support his mother and sisters back home, family members told The Post.

Stephen Stewart, 24, was found unconscious with a gunshot wound to his midsection at 3559 Holland Ave., after a heated exchange with a woman inside the eatery spilled out onto the street, police said.

“He always be the one to carry the peace. Most of the family is devastated. He’s just that person, ”his aunt, who did not give her name, said in an interview. “I do not know why somebody would do this to him, over a simple issue. That did not call for somebody losing life. ”

Stewart had come to the United States just three months ago, his family said. He worked at Cooler Runnings Jamaican Restaurant on Nereid Avenue where coworkers said he was “always dancing.”[ads1];

“He was a very jovial guy, hardworking. He’s been here like three weeks, ”said one person at the restaurant, who declined to give his name. “We are all so traumatized.”

Stewart and a companion left the Dunkin ‘Friday, after the woman became irate that they had been standing too close to her, with one of the men not wearing a mask, police sources said.

The woman allegedly followed, and threatened to get her boyfriend, Stewart’s friend said. A man showed up moments later and told the woman to “go get my s — t,” said the pal, who said he ran while Stewart stayed behind.

When the friend came back to the scene, Stewart was dead, according to his friend.

Stuart was not even involved in the dispute, a Dunkin ‘Donuts worker said.

“She was just arguing for no reason. He was just there, that’s it, just listening, ”said the employee, who did not want to be named. “He shot the wrong guy.”