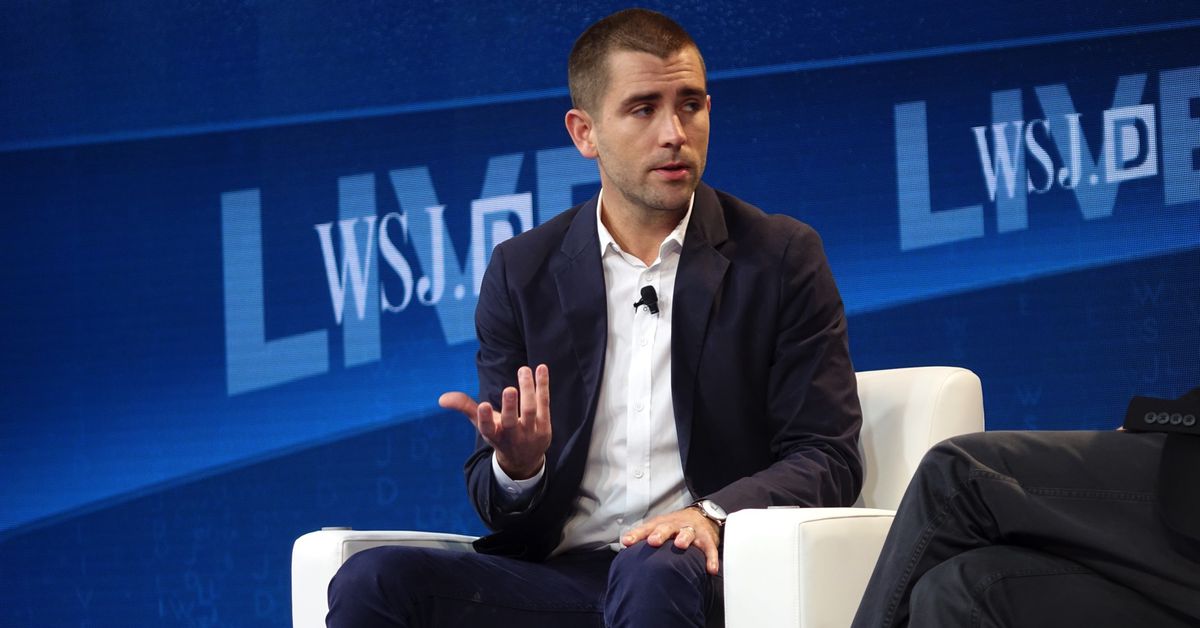 Last May, after a decade of unusual management stability, Mark Zuckerberg announced a number of dramatic changes. He moved two senior executives to create a new blockchain division, and installed new managers on WhatsApp and News Feed. (He also appointed someone to run a new group focused on privacy initiatives, which was never heard again.) And for Chris Cox, the company's chief product officer and one of Zuckerberg's most trusted lieutenants, the movement represented a consolidation of power: Facebook App Managers , Instagram, WhatsApp, Messenger will now all report to him.

Zuckerberg, who has become known in recent months for his epic-length blog posts, was uncharacteristically silent about the strategic thinking behind these traits. But at one point another strategy began to percolate: the one he revealed last week, who promised to shift the company towards a future not dominated by public flows, but by private, encrypted messages. And today, with the new strategy, Zuckerberg enlightened another series of dramatic changes. Chris Cox leaves the company after more than a decade. And the shift in direction seems to be a big reason why. (See Ryan Mac for further reporting on this.)

How Cox describes the reasons for his departure, as mentioned by Nick Thompson and Fred Vogelstein in Wired :

"As Mark outlined, we do a new page in our product direction, focused on an encrypted, interoperable, messaging network, a product vision tailored to today's theme: a modern communication platform that balances expression, security, security and privacy, which will be a major project and we will need leaders happy to see the new direction through. "

I wrote this on a plane from South by Southwest, where I interviewed Facebook's former chief security officer, Alex Stamos, about Facebook's scheduled switch to private messaging. (Podcast coming!) Stamos said that Zuckerberg's memo was, in his opinion, a burning boat's moment ̵

1; a symbolic point of no return that would rally the company around a new existential imperative. Zuckerberg has more data than anyone else to measure the health of News Feed and Instagram, Stamos said – and then we should understand the privacy of pivot as a signal that both have already peaked or soon.

Looking at the Road ahead, it is difficult not to be sympathetic to Cox's decision to leave. In a goodbye post, Zuckerberg said that Cox had hoped to leave "a few years ago," but then followed the downturn of the 2016 election and made it impossible. (No senior manager will be seen running out the door during the worst crisis in company history.) Cox monitored the creation of one of the most successful technological products in history, from a growth and revenue position, and who can blame him for not being thrilled to Try it all again?

At the same time, the move is probably bad for morality. Cox has long been among the most popular leaders in the company, as a long-time leader of new employee briefings and vocal cheerleader for Facebook internally. It also seems to say that the cultural bill over social media has caught him (like me and many others), he has given far fewer interviews since 2016 than he did in years past, while still playing games with people like me for product launches.

Cox may have waited more than two years to write his resignation blog, but he still leaves a difficult time for Facebook – as a new criminal investigation swirls in New York over data sharing practices, and one day after the longest break in memory. Well, it is never a good time to leave a job like this – but it could also have been a better one.

Zuckerberg said today that he will not appoint a replacement for Cox as chief product officer. Instead, Javier Olivan, who ran a division called "Central Product Services", will take over the task of further homogenizing Facebook's family of apps, while their individual managers will report to Zuckerberg himself.

Elsewhere in the company:

Chris Daniels is out on WhatsApp . Daniels, who previously drove Internet.org, made few public comments in the ten months he ran WhatsApp. On the one hand, the company continued to grow, especially in its core markets such as Brazil and India; On the other hand, it triggered an almost constant series of public relations crises, when it was used to disseminate misinformation and hate speech around the world. Quite or not, Daniels made a strong enemy in the Indian government, and I think Zuckerberg is looking up something to wipe the slate clean again.

Will Cathcart take over for Daniels . Cathcart is a sharp, thoughtful leader who previously watched the news feed. To get a sense of how he thinks, check out this long, productive conversation I had with him in 2016 about Facebook's role in journalism. My only problem with this feature is the optics. The management of WhatsApp is among other things a diplomat. I wonder if Zuckerberg would not be better served by anyone with credibility in India, Brazil or any other top WhatsApp market. That is, not another white man from Menlo Park.

Fidji Simo takes over the Facebook app . Simo is a dynamic speaker, a good product content, and – still too rare in Facebook's top rank – a woman. It is not great that she is given the reins of the Big Blue month that Zuckerberg designates it as yesterday's news feed. But the past year has shown us that this is the top spot on Facebook's bench. Adam Mosseri, who had it before last May, is now running Instagram; Cathcart, who had it today, is now running WhatsApp. So, Simo's star expects to continue to increase.

Two final notes: one, when Facebook's story is written, marks March 14, 2019 as the end of the News Feed era. Cox helped design the first iterations of the news site and monitor it in its most successful phase. It will not disappear overnight, and in its vast scale it may prove a yahoo-like endurance. But with Cox's departure, the days as the central organizational principle for Facebook are now officially behind it.

Two, more sources have told me that Cox has a secret Twitter account and used it to keep up to date on Facebook if he worked. Now that he is out of the company, with countless millions to invest and the rest of his career ahead of him, I hope the Twitter account will be hiding.

Microsoft, Facebook, Trust and Privacy [19659018] Benedict Evans has a very good companion on Facebook's privacy pivot, describing it as an attempt to solve the platform's most pressing issues by doing part of platform irrelevant. I agree with Evans: this is the most likely way that Facebook actually "solves" some of the issues it has focused on since 2016.

Like moving from Windows to Cloud and ChromeOS, you can see this as an attempt removing the problem instead of patching it. Russians cannot go viral in the news feed if there is no news feed. Researchers cannot scratch your data if Facebook does not have your data. You solve the problem by making it irrelevant.

At some point I'll write Twitter's story as a season of Veep as never ends. Favorite episodes will include Twitter accidentally suspending Jack Dorsey's account; Dorsey triggered an international event by holding up a character someone handed over to him in India; and trigger another international event by taking meditation to a country where social networks had contributed to genocide.

Anyway, in this week's episode of Twitter-as- Veep Dorsey continued another freaking podcast and … oops, podcasts are an anti-vaccine nut! I'd like to ask myself now, doctor … something that knocks me off for the rest of the plane.

Send me tips, comments, questions and your best recommendations to Chris Cox next move: casey@theverge.com.