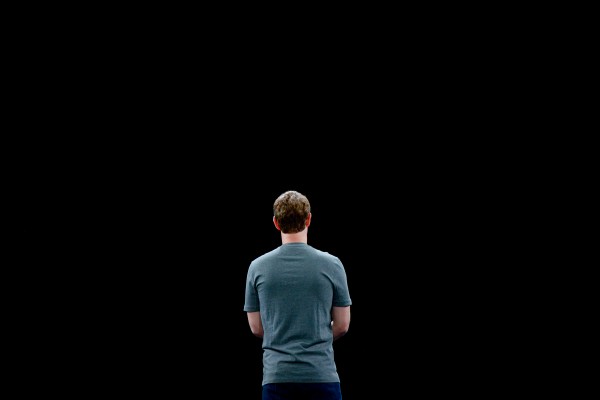 Facebook has produced a report summarizing feedback it's taken in on its idea of ​​establishing a content oversight board to help arbitrate on moderation decisions.

Aka the 'supreme court of Facebook' concept first discussed by founder Mark Zuckerberg last year, when he told Vox:

[O] was the long term, what I really like to get to is an independent appeal. So maybe folks at Facebook make the first decision based on the community standards that are outlined, and then people can get a second opinion. You can imagine some sort of structure, almost like a Supreme Court, that is made up of independent folks who don't work for Facebook, who ultimately make the final judgment call on what should be acceptable speech in a community that reflects the social norms and values ​​of people all around the world.

Facebook has since suggested the oversight board will be up and running later this year. And has just wheeled out its global head of policy and spins for a European PR push to convince regional governments to give it room for self-regulation 2.0, rather than slapping it with broadcast-style regulations.

The latest report, which follows a draft charter unveiled in January, rounded up input fed to Facebook via six in-depth workshops and 22 roundtables convened by Facebook and held in locations of its choosing around the world.

In all, Facebook says the events were attended at 650+ people from 88 different countries ̵

1; though it further qualifies by saying it had "personal discussions" with more than 250 people and received more than 1,200 public consultation submissions.

"In each of these engagements, the questions outlined in the draft charter led to thoughtful discussions with global perspectives, pushing us to consider multiple angles for how this board could function and designed, ”Facebook writes.

It go This is a small fraction of the actual 'population' of Facebook's eponymous platform, which now accounts for 2.2BN (an unknown portion of which will be fake / duplicates), while its operations stretch to more than double the number of markets represented by individuals at the events.

The feedback exercise – as indeed the concept of the board itself – is inevitably an exercise in opinion abstraction. Which gives Facebook leeway to shape the output as it prefers. (And, indeed, the full report notes that "some public consultation, not nearly iterative enough, nor transparent enough, to provide any legitimacy 'to the process of creating the Board".)

In a blog post its spin on the "global feedback and input", Facebook culls three "general themes" the claims emerged from the various discussions and submissions – namely that:

The report is worth reading in full to get a sense of the broad spectrum of governance questions and conundrums Facebook is here wading into.

If it is very much looks, this is a Facebook-configured exercise in blame spread for the problems its platform hosts, the surface area for disagreement and dispute will clearly be – and from the company's point of view that already looks like a win. Given how since 2016, Facebook (and Zuckerberg) have been the conduit for so much public and political anger linked to the spreading and accelerating of harmful online content.

Differing opinions and will also provide cover for Facebook to justify starting “narrow ". Which it has to do with the board, aiming to have something up and running by the end of this year. But that's just what it'll be managing expectations of how little actual oversight will flow right from the very start.

The report also shows that Facebook's claimed 'listening ear' for a "global perspective" has some very hard limits. 19659002] So while those involved in the consultation are reported to have repeatedly suggested the oversight board should not just be limited to content judgment – but should also be able to make binding decisions related to things like Facebook's newsfeed algorithm or wider use of AI by the company – Facebook works to shut down those suggestions down, under the scope of the oversight will be limited to content.

"The subtitle of the Draft Charter -" An Oversight Board for Content Decisions "- made clear that this body would focus on content. In this regard, Facebook has been relatively clear about the Board's scope and remit, ”it writes. "However, throughout the consultation period, interlocutors often proposed that the Board hears a wide range of controversial and emerging issues: newsfeed ranking, data privacy, issues of local law, artificial intelligence, advertising policies, and so on."

It goes on to admit that "the question persisted: should the board be restricted to content decisions only, without much real influence over policy?" – before picking a selection of responses that appear intended to fuzz the issue, allowing it to position itself as seeking a reasoned middle ground.

“In the end, balance will be needed; "It concludes. Facebook will need to resolve issues between minimalist and maximalist visions of the Board," concludes. “Above all, it will have to demonstrate that the Oversight Board – as an enterprise worth doing – adds value, is relevant, and represents progressively from content governance as it stands today.”

Sample cases the report suggests the board could review – as suggested by participants in Facebook's consultation – include:

So, again, it's easy to see the kinds of controversies and indeed criticisms that individuals sit on Facebook's board will be opening up to – whichever way their decisions fall.

A content review board that will inevitably remain linked to (if not also reimbursed via) the company that establishes it, and will not be granted powers to set wider Facebook policy – but will instead be tasked with facing the impossible or trying to please all of the Facebook users (and critics) all of the time – does certainly risk looking like Facebook's stooge; a conduit for channeling dirty and political content problems that have the potential to go viral and threaten its continued ability to monetize the stuff that's uploaded to its platforms. a countly flat one in this regard.

The company conspicuously avoids talk of communi ties, plural – instead the closest we get here is a claim that its selective consultation exercise is " ensure a global perspective ”, as if in singular essence somehow be distilled from a non-representative sample of human opinion – when in fact the stuff that flows across its platforms is quite the opposite; multitudes of perspectives from individuals and communities whose shared use of Facebook does not create an "global community".

This is why Facebook has struggled to impose a single set of "community standards" across a platform that spans so many contexts; very clearly doesn't fit.

Yet it's not all clear how Facebook creates yet another layer of content review anything much for that challenge – unless the oversight body is mostly intended to act as a human shield for the company itself, putting a firewall between it and certain highly controversial content; aka Facebook's supreme court of the blame on its behalf

As Evelyn Douek wrote last year vis-a-via hate speech on the Lawfare blog, after Zuckerberg had floated the idea of ​​a governance structure for online speech: “Even if it were possible to draw clear jurisdictional lines and create robust rules for what constitutes hate speech in countries across the globe, this is only the beginning of the problem: within speech jurisdiction, hate speech is deeply context-dependent… This context presents a practically insuperable problem for a platform with over 2 billion users uploading fixed amounts of material every second. ”

A cynic would say it can't fix planet-scale content moderation and still turn a profit.

If it can get enough outsiders to buy into its oversight board – allowing it to pass off the oxymoron or "global governance", via whatever self-styled structure it allows to emerge from these self-regulatory seeds – the company's hopes must be that the device also works as a bolster against political pressure.

Both about particular problem / controversial content, and as a vehicle to shrink the space for governments to regulate Facebook

In a video discussion also embedded in Facebook's blog post – in which Zuckerberg couches the oversight board project as "a big experiment that we can pioneer a new model for the governance of speech on the Internet" – the Facebook founder also. makes reference to calls he's made for more regulation of the Internet. As he does so immediately qualifies the statement by blending state regulation with industry self-regulation – saying the child of regulation is asking for is "in some cases by democratic process, in other cases through independent industry process".

So Zuckerberg is making a clear pitch to position Facebook as above the rule of nation state law – and setting up a "global governance" layer is the self-serving vehicle of choice for the company to try and overtake democracy.

Even if Facebook's oversight board's structure is so cunningly fashioned as to present to a rationally minded individual as, in some senses, 'independent' from Facebook, its all being function dependent on Facebook's continued existence.

if individual markets impose their own statutory regulations on Internet platforms, based on democratic and social principles, Facebook will have control over the rules they impose, direct or other wise – with uncontrolled compliance costs falling on its business.

It's easy to see which model sits most easily with Zuckerberg the businessman – a man who has also shown he will not be personally accountable for what happens on his platform. ] Not when he's asked by one (non-US) parliament, nor even by representatives from nine parliaments – all nobody to discuss the societal fallouts of political disinformation and hate speech spread and accelerated on Facebook.

Turns out that's not the kind or "global perspective" Facebook wants to sell you.