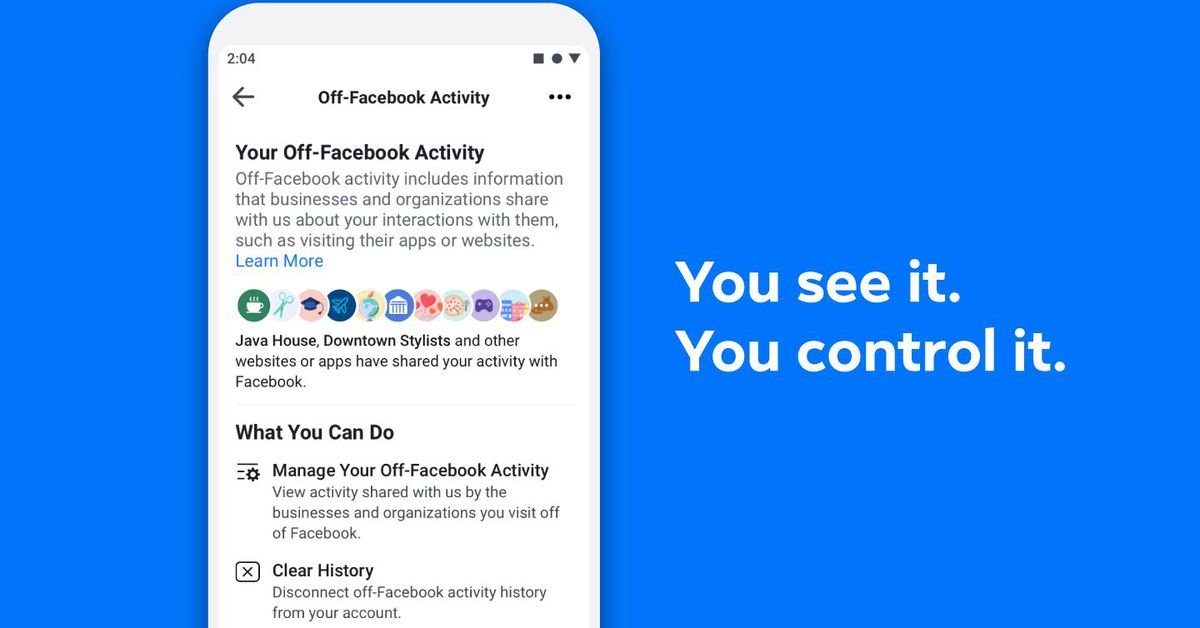 It was almost a year and a half ago that Facebook CEO Mark Zuckerberg, who was on the stage at the company's annual developer conference, announced that the company would begin letting users disconnect from their browsing history and their Facebook accounts. After months of delays, Facebook's Clear History is now rolling out in Ireland, South Korea and Spain, with other countries to follow "in the coming months," the company said. The new tool, which Facebook conceived in the wake of the Cambridge Analytica scandal, is designed to give users more control over their privacy at the expense of advertisers' targeting capabilities.

When it arrives in your country, removing the Clear History tool will be part of a new section of the service called “Off-Facebook Activity.” When you open it, you will see the apps and websites that track your activity and sends reports back to Facebook for ad targeting. Pressing the "Clear History" button will distribute that information from your Facebook account.

You can also choose to block companies from reporting your tracking data about you back to Facebook in the future. You have the choice to disconnect all browsing data outside of Facebook, or data for specific apps and websites. Facebook says the product is slowly rolling out "to make sure it works reliably for everyone."

The company warned that users are likely to see apps and websites in their account activity that they do not recognize. "For example, a website you didn't visit might appear because a friend was looking it up on your phone," the company said. "Or because you share a home computer with your partner and the kids."

The Clear History tool was originally expected to be launched last year. However, as my former colleague Kurt Wagner reported on Recode Facebook hit a number of unexpected delays. Here is part of his interview with David Baser, the company's head of privacy products:

Baser criticized the delay for two technical challenges, both related to how Facebook stores user data on the servers.

1. Facebook data is not always stored in the way it is collected. When Facebook collects browsing data, for example, the dataset includes multiple sections, such as your personal identification information, the website you visited, and the timestamp for when the data was collected.

Sometimes this data is separated and stored on different parts of Facebook's system. It has been a challenge to find them all so that they can be emptied, especially when they have been separated,

2. Facebook currently stores browsing data by date and time, not by which user it belongs to. That means there was no easy way in Facebook's system to see all the data that was linked to a single user. Facebook had to build a new system that stored user-level surfing data. "In fact, it wasn't very easy for us to build," Baser said. It is an important element, because in order for users to enter and remove this data, they must be able to find it.

"Since off-Facebook activity is a new type of tool, there was no template for us to follow," Facebook said in a blog post today. “Our engineering teams designed our systems and built a new way of processing information. We have also been researching for months to get input from people, advocates for privacy, policy makers, advertisers and industry groups. We made important changes in response to what we learned. "