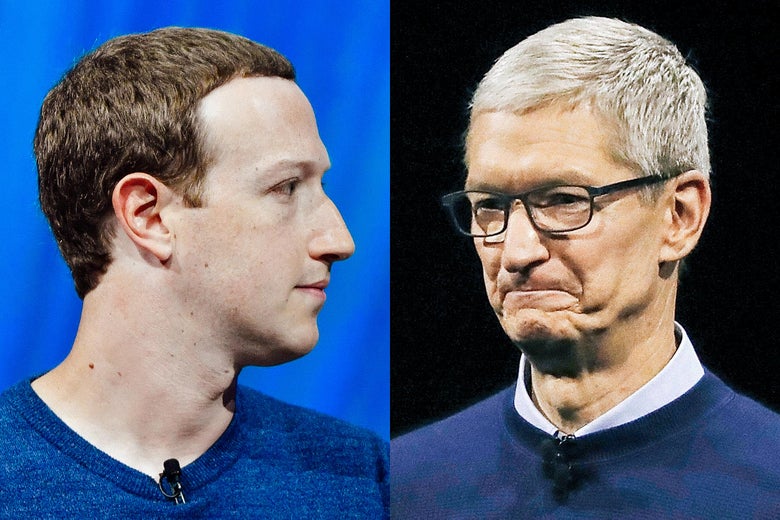 The big question after CEO Mark Zuckerberg announced Facebook's "pivot to privacy" was whether the company was very sincere about protecting users' personal data. (Consensus among critics: Probably not as serious as you might hope.)

What seems sincere, however, is Zuckerberg's new commitment to messages. He wants Facebook to dominate private electronic communications to the same extent that it dominates what we call social networks today.

When people pull out the phone to write their mother or plan a party with a friend group, Zuckerberg wants them to do it on WhatsApp, Messenger or Instagram Direct, which everyone will work with each other, and finally with standard SMS systems also. And in the long run, he wants them to use these platforms for much more than texting and chatting. The ultimate vision is something related to WeChat, the Chinese superapp that people use for everything from messaging to sharing videos to making appointments, reviewing restaurants, and hailing rides.

However, to achieve this, Facebook has to achieve something that no one else has yet been able to do: Drag iPhone users of iMessage, Apple's hugely popular and easy-to-use messaging platform. Ultimately, Facebook wants to build a whole series of messaging services that will compete with popular iOS apps. That goal puts Facebook, for the first time, in direct competition, not just with Snapchat, Google and Twitter, but with Apple.

It can be ugly.

For many years, Facebook and Apple offered largely complementary products. People bought iPhones, downloaded Facebook and Instagram, and spent large amounts of time on the social networks, while using Apple's native ring and subtitle apps. Facebook earned money from targeted ads in people's feeds. Apple made money on the hardware, while the software kept users loyal (or locked in, depending on your perspective).

Especially – with its easy-to-use interface and end-to-end encryption – Apple has been shot at keeping people from switching to Android devices. It's not an accident that Apple has never built an iMessage app for Android phones, although the demand for it is high. For its part, Google has been struggling to build a successful messaging product, and so many Android users have joined Facebook Messenger and WhatsApp.

However, the latest decline in iPhone sales has Apple wanting to make more money on software, subscriptions and payments. At the same time, the plateauing popularity of the largest Facebook app Facebook is eager to invade new arenas. And then the giants have been intertwining, with Apple's CEO Tim Cook jabbing Facebook over privacy bugs, while Zuckerberg has hit back over Apple's presence in China. The tensions that were boiled in January when Apple cut off Facebook's special developer access after TechCrunch reported that a Facebook VPN app had flipped Apple's rules.

The clearest sign of the upcoming battle, in retrospect, came in October, at a Facebook revenue interview. In a comment that passed with surprisingly little notice, Zuckerberg Apple's iMessage called "our biggest competitor a long way." He continued: "In key countries like the United States where the iPhone is strong, Apple packs iMessage as the default text program, and it's still ahead."

At that time it sounded like hyperbolt: Surely Facebook's biggest competitors were Snapchat and YouTube, not iMessage. But it was not hyperbolic: It was a hint that Zuckerberg was already thinking of private messages such as the company's future and recognized iMessage as its biggest obstacle.

Near global domination of messages is not as far fetched a dream for Facebook as it may seem like the average American. WhatsApp is already the most popular messaging application in many countries outside the US and China, including Brazil, India, Mexico, Germany and Turkey. Messenger is close behind and has become the standard messaging app for many Android users in North America.

A market where Facebook seemed to be a little chance is China, where WeChat already does everything Zuckerberg dreams of doing, and more. It certainly made it easier for Zuckerberg to advertise in his privacy manifesto this week that Facebook will not build data centers in repressive countries – a strong hint that it is giving up on the Chinese market.

This move makes it even clearer that Facebook sees the path to growth blocked by Apple and iMessage, especially in the United States. And it gives Zuckerberg fresh ammunition to burn back to Apple anytime Cook criticizes him for privacy. If Apple really cared about the users' privacy, he would say that it would follow Facebook's leadership to refuse to store data in China, whose government has a record of demanding access to user information.

However, Cook is sure to set up a fight. Analyst Ben Thompson makes a convincing case that Apple's fight in China – the main culprit of its iPhone decline – is largely due to WeChat's dominance there. With WeChat taking over many of the key features of iOS for Chinese users, including messages, Apple lacks the software effort it enjoys in much of the rest of the world. As a result, Chinese users feel little loyalty to Apple products and have no trouble shopping in an iPhone for an Android device.

Messages will be the first front in this competition, but it won't be the only one. The New York Times reported last month that Facebook is developing a cryptocurrency to enable immediate payments within WhatsApp. It will put it in competition with Apple Pay as well as Venmo and others. Zuckerberg did not manage how Facebook would make money pushing into private messages, but payment, marketplaces and e-commerce would be a logical approach.

If Facebook were to succeed in becoming WeChat in the rest of the world, Apple's business outside China would look much more like its business in China, that is, weak. So it's important for Apple to find ways to block Facebook from achieving it. The breakdowns on Facebook over the VPN app looked like a warning shot, but there may also have been a show of force that predicted the drawn out conflict.