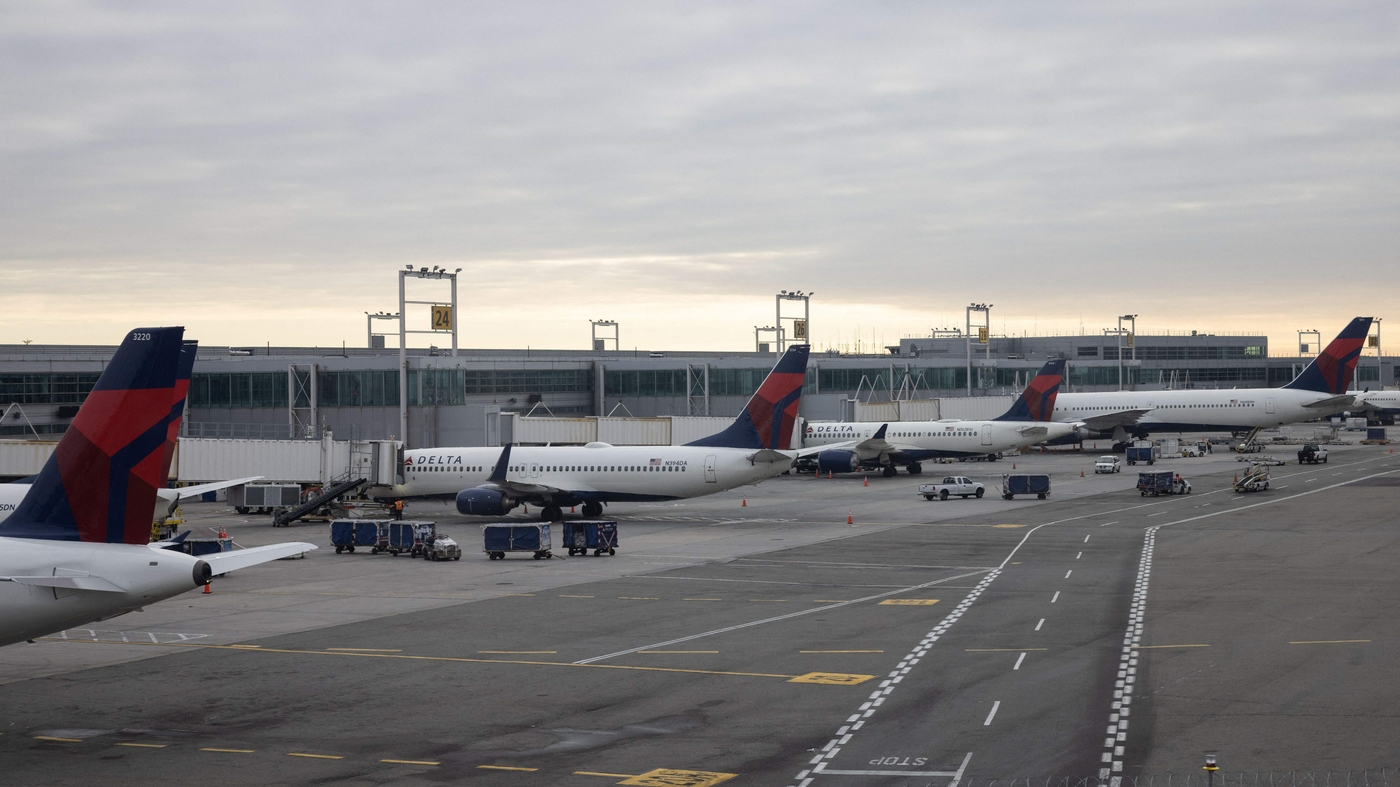 Grounded aircraft are seen at John F. Kennedy International Airport on January 11, 2023 during a system outage.

Grounded aircraft are seen at John F. Kennedy International Airport on January 11, 2023 during a system outage.

The Federal Aviation Administration is investigating a near miss between two commercial airliners at John F. Kennedy International Airport on Friday.

According to preliminary information from the FAA, a Delta Air Lines flight had to stop “its takeoff approximately 1,000 feet” from where an American Airlines flight had crossed the same runway ahead of the Delta flight.

The close call happened around 8:45 p.m. local time when the American Airlines plane, a Boeing 777, departed from an adjacent taxiway and air traffic controllers noticed the two planes approaching, the FAA said.

In sound posted on Twitter by flight watcher @xJonNYCa panicked air traffic controller appears to realize that the two planes are converging and tells the Delta plane, a Boeing 737, to stop.

Another clip appears to be a conversation between an air traffic controller and one of the American Airlines pilots.

“I guess we’re listening to the tapes, but you were supposed to go off runway 4 left,” says the air traffic controller. “You are currently missing [runway] 3-1 again.”

A Delta spokesperson said the safety of customers and crew was the airline’s highest priority.

“Delta will cooperate with and assist aviation authorities in a full review of Flight 1943 on January 13 regarding an aborted takeoff procedure at New York-JFK,” the spokesperson said in a statement. “We apologize to our customers for the inconvenience and delay to their journeys.”

According to Delta, 145 passengers and six crew members were on board the flight bound for Santo Domingo, Dominican Republic.

After the near miss, the plane returned to the gate and was delayed overnight due to crew resources, the airline said. The customers were given accommodation and the flight left the following morning.

American Airlines said it is deferring comment to the FAA.