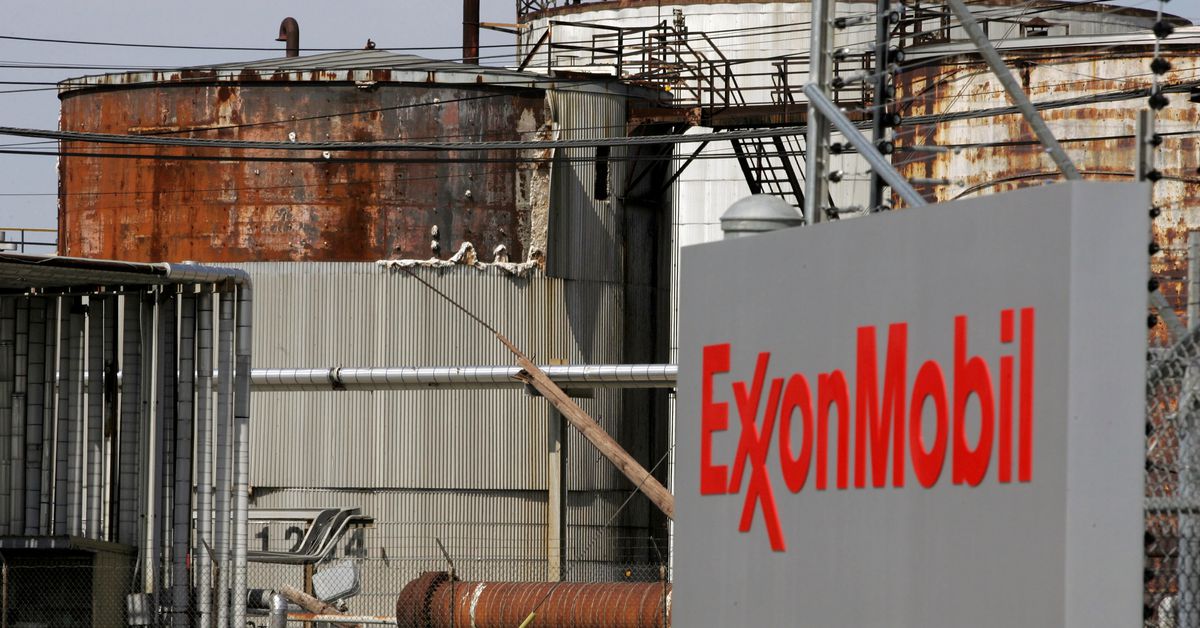 As recently as 2013, Exxon was ranked as the largest publicly traded US company by market capitalization – a position now held by Apple. Exxon shares rose 3% to $110.70, a record high that gave it a market value of $461 billion.

The oil company’s profits have risen this year as rising demand and an undersupplied market collided with Western sanctions against Russia over its invasion of Ukraine. US exports of gas and oil to Europe have increased and promise to set records for the industry’s profits at all times.

“Where others retreated in the face of uncertainty and a historic downturn, retreated and retreated, this company moved forward and continued to invest,” CEO Darren Woods told investors. Its quarterly profit “reflects that deep commitment” as well as higher prices, he added.

Exxon banked $43 billion in the first nine months of this year, 19% more than the same period in 2008, when oil prices traded at a record high of $140 a barrel.

Revenues from pumping oil and gas tripled last quarter, while profits from the sale of motor fuel increased tenfold compared to last year’s levels. Sales of natural gas to Europe and increasing demand for diesel led to the company’s results which were better than expected.

“Refiners — both in the U.S. and internationally — were the star performer,” said Peter McNally, an analyst at Third Bridge.

The rising fuel profits have renewed calls from US President Joe Biden for companies to invest windfall from this year’s energy price hike in production rather than buying back their own shares.

Exxon will maintain its $30 billion share buyback through 2023 while increasing its dividend, Chief Financial Officer Kathryn Mikells told Reuters. On Friday, the company declared a fourth-quarter dividend of 91 cents, up 3 cents, and will pay $15 billion to shareholders this year.

Exxon said US oil and gas production from the Permian Basin was close to 560,000 barrels of oil and gas per day (boepd), a record. Production for the year will increase by around 20% compared to 2021, CEO Woods said.

“We are optimizing and adjusting our development plans,” he told analysts, with the full-year production increase below the 25% increase Exxon had forecast in February.

Results were also helped by an increase of almost 100,000 boepd over the previous quarter in Guyana, where Exxon leads a consortium responsible for all production in the South American nation.

But the withdrawal from Russia reduced the total production forecast for the year by around 100,000 barrels per day. Exxon said its Russian assets were expropriated.