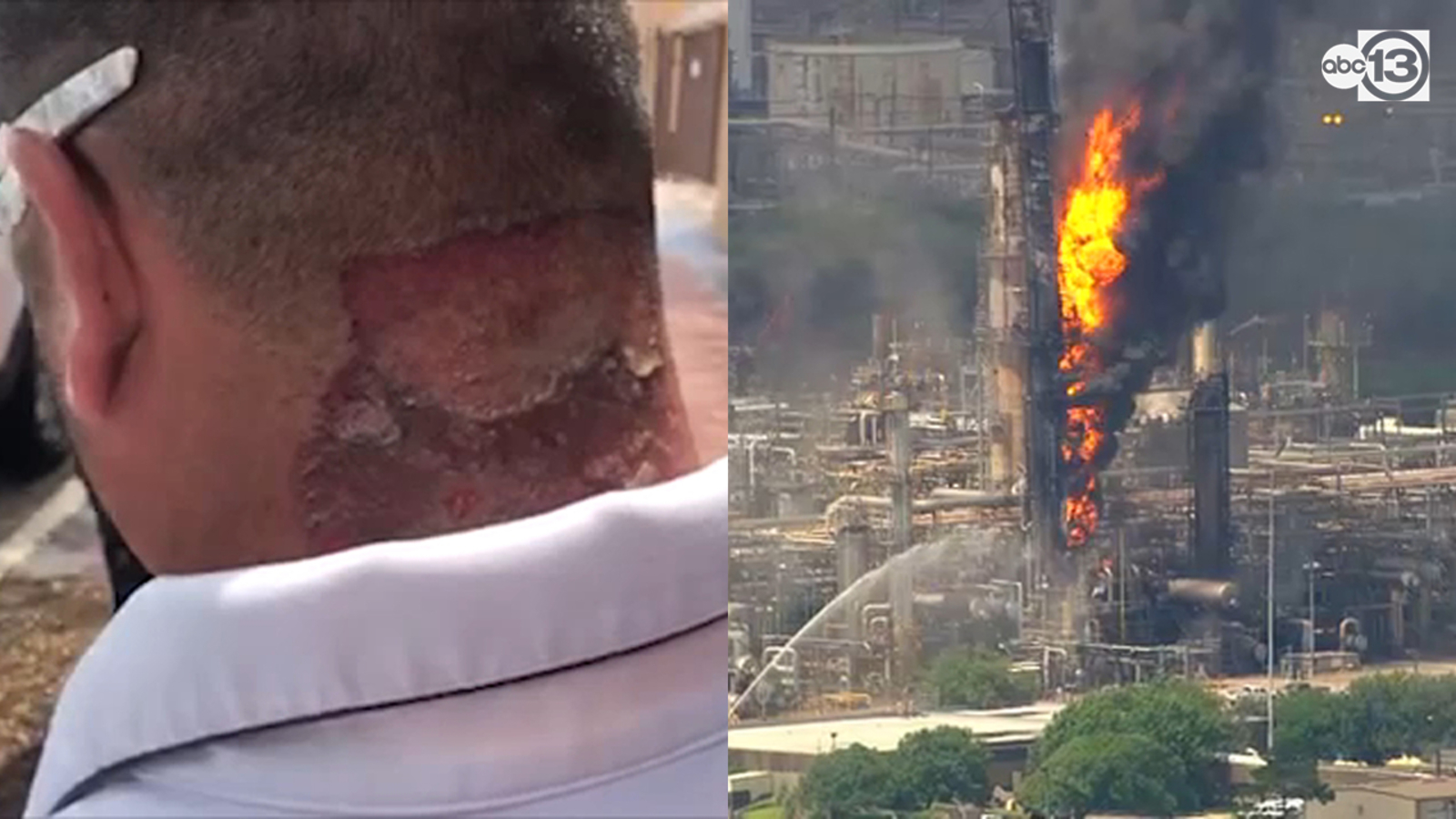 BAYTOWN, Texas (KTRK) – A man who worked at the Baytown ExxonMobil plant during Wednesday's explosion is suing the company, claiming the facility's clinic dismissed his injuries as similar "sunshine."

Alvaro Coronel and his attorneys met the media on Friday, two days after he said he stood 30 feet from the explosion at the ExxonMobil Olefins facility.

"I heard the first bang, you know, the first explosion," he remembered. "I thought it was something else."

Coronel, who had his arm wrapped in bandage and burn visible on the back of his neck and head, retained the law firm of Abraham, Watkins, Nichols, Sorrels, Agosto & Aziz.

According to Coronel, he ran into an evacuation path toward a fence right after the first explosion. He heard another explosion, causing him to fall.

"So we're driving and the second explosion, I mean, it was loud," Coronel said. "I thought I was pretty much alive. The third explosion shook the ground."

He said he was loaded onto an ambulance in the Baytown Fire Department when ExxonMobil officials at the scene stopped him from leaving and led him to the clinic, where he was simply being bandaged.

Coronel had been working on the plant for eight months. He said the facility seemed to be working properly and that Wednesday's incident was just an accident, but he wishes he had better treatment.

After the news conference, Coronel ABC1

3 showed his burn.
The law firm added that Woman who also works at the facility is expected to bring legal action. Lawyer Muhammad Aziz said this worker climbed onto an on-site unit and fell as the explosion went off.

The lawsuit is the last legal obstacle for ExxonMobil following the explosion.
Harris County sued ExxonMobil just the day after the explosion. It is alleged that the company violated the Texas Clean Air Act for release of environmental toxins.

Original report from the Baytown burning plant [19659010] This is the second time in a few months that a fire broke out at an ExxonMobil plant. The previous incident happened in March.

READ MORE: Officials investigating the fire cause at the ExxonMobil refinery in Baytown