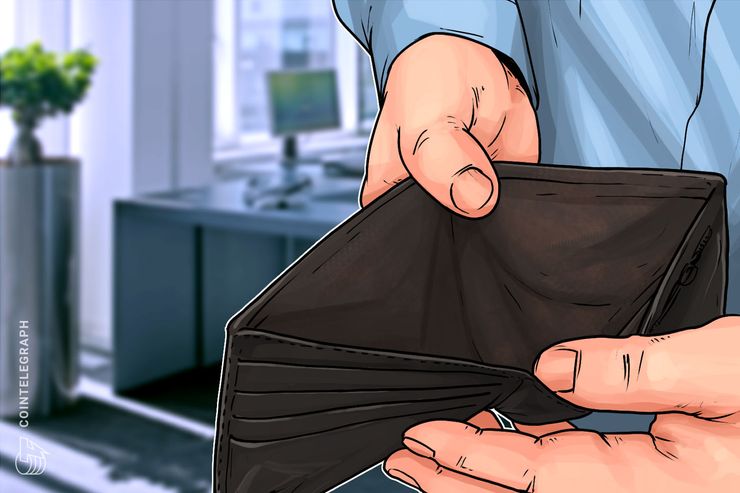 The $ 145 million in digital assets reportedly in encrypted cold wallet storage of QuadrigaCX crypto exchange could actually be missing, according to analysts cited by the Wall Street Journal (WSJ) on Feb. 6.

In December 2018, the founder of major Canadian cryptocurrency exchange QuadrigaCX, Gerald Cotten, passed away suddenly. Cotten was reportedly the sole executive with access to the exchange's cold wallets. As such, customers have been unable to withdraw funds, and the exchange has sought creditor protection in Canadian court.

Users of the platform have grown suspicious of the circumstances surrounding Cotten's death, with some asking for an obituary or proof of death. Yesterday Bloomberg reported that Cotton filed a 1

2 days before his death. Cotten reportedly signed his last will and testament in November 2018, designating his wife as the only beneficiary and the executor of his estate.

James Edwards, a cryptocurrency analyst who publishes research on a Zerononcense, reportedly reviewed the publically available transactions of the exchange, and found no evidence that the exchange controlled any of the wallets it claimed to. "It appears that there are no identifiable cold wallet reserves for QuadrigaCX," he purportedly wrote in a report.

According to Edwards, there is evidence to suggest that wallets with larger balances once existed, but those balances are very low. Currently, the largest wallet is apparently a hot wallet, which is used for transactional purposes.

Other experts and execs in the crypto have express their skepticism regarding the exchange's financial woes. Elementus Group CEO Max Galka said: "Very likely that there aren't any cold wallets."

The CEO of Crypto Exchange Kraken, Jesse Powell, tweeted on Feb. 2 that the story was "bizarre and frankly unbelievable. Powell even suggested that the Royal Canadian Mounted Police contact exchanged thousands of wallet addresses known to belong to [QuadrigaCX] "that Kraken is investigating.

Earlier today, the British Columbia Securities Commission (BCSC) customs Reuters that QuadrigaCX does not fall under the commission's regulatory purview. The exchange was unregulated as there was no indication that it traded securities or operated as an exchange.