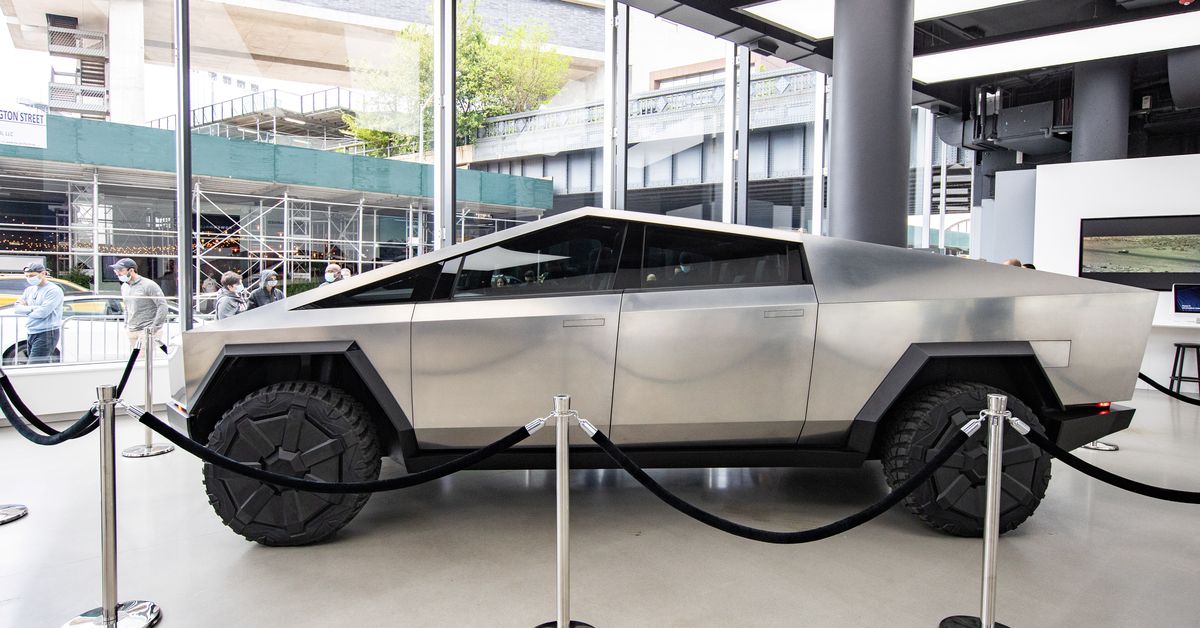 Tesla said last month it is working to ready its Austin, Texas factory to build the new model with “early production”[ads1]; to start in mid-2023. “We are in the final round for the Cybertruck,” Musk said at a conference call with financial analysts.

A gradual ramp in the second half of next year to full production for the sharp-angled electric truck will mean Tesla won’t record revenue until early 2024 for a full quarter of production on a new model seen as key to growth.

It will also mean another year of waiting for the estimated hundreds of thousands of potential buyers who have paid $100 to reserve a Cybertruck in one of the most anticipated and closely watched electric vehicle launches ever.

It has not announced final prices for the Cybertruck, shown the production version of the vehicle or specified how it will handle the battery supply for the new model.

In 2019, Tesla had projected a starting price of under $40,000, but new vehicle prices have increased since then, and Tesla has raised prices across the range.

Musk introduced the Cybertruck in a 2019 reveal where the vehicle’s designer shattered the vehicle’s supposedly unbreakable “pane-glass” windows. The company has pushed back production timing three times since: from late 2021 to late 2022, then to early 2023 and most recently to the mid-2023 target for initial production.

The launch of the Cybertruck will give Tesla an EV entrant in one of the most profitable segments of the U.S. market and a competitor to electric pickup trucks from the likes of Ford Motor Co ( FN ) and Rivian Automotive ( RIVN.O ), both of which have launched models in still limited quantities.

In January, Musk had cited a lack of sourcing components as the reason for pushing the launch of the Cybertruck into 2023.

In May, Tesla stopped taking orders for the Cybertruck outside of North America. Musk said the company had “more orders for the first Cybertrucks than we could fulfill in three years after the start of production.”

Automakers often ramp up production slowly for an all-new model like the Cybertruck.

Analysts have also warned that a weakened global economy will begin to weigh on sales for Tesla, which has so far been able to sell every car it makes. Musk has said he expected a coming recession to last “probably into the spring of ’24.”

IDRA Group, the Italian company that makes the Giga Press that will be used to cast parts for the Cybertruck, said in a LinkedIn post last week that the 9,000-ton truck parts production machine was packed and ready to ship.

The post did not name Tesla. Tesla has used the Giga Press to cut costs and complexity in the production of the Model Y, an innovation other automakers, including Toyota, have studied.