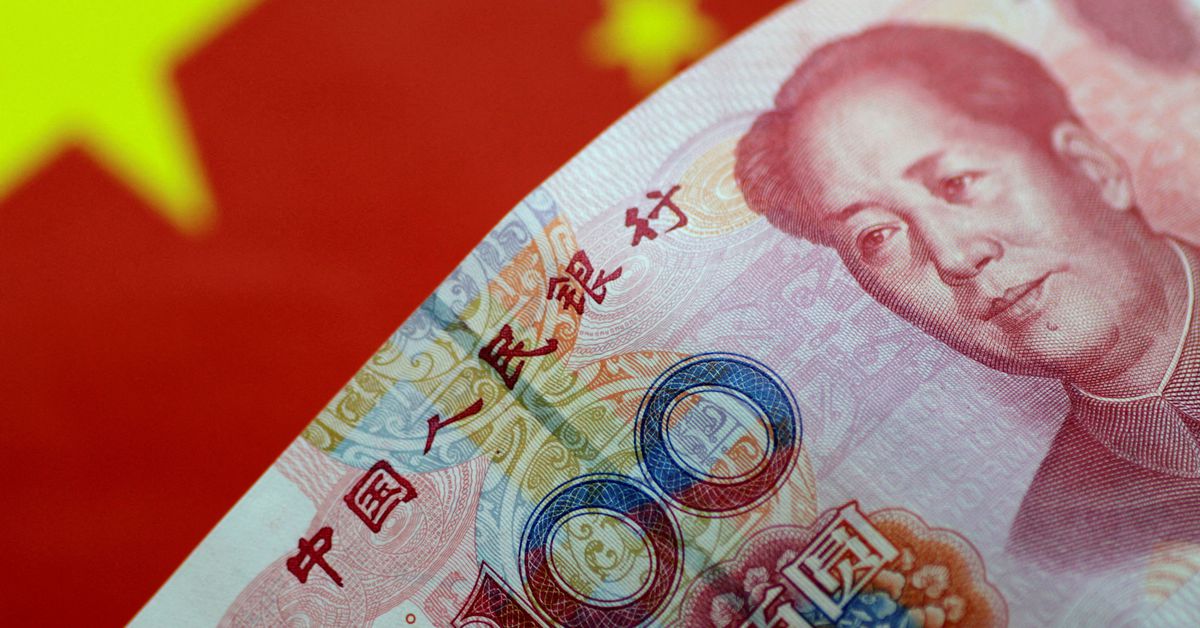 SHANGHAI/BEIJING, Oct 17 (Reuters) – China’s state banks stepped up their intervention to defend a weakened yuan on Monday, with banking sources telling Reuters that these banks sold a high volume of U.S. dollars and used a combination of swaps and spot trades.

Six banking sources told Reuters that the country̵[ads1]7;s major state-owned banks were seen exchanging yuan for US dollars in the futures market and selling those dollars in the spot market, a move used by China in 2018 and 2019 as well.

The selling appeared to be aimed at stabilizing the yuan, with the swaps helping to raise dollars as well as anchor the price of the yuan in forwards, said the sources, who have direct knowledge of market trades.

One-year dollar/yuan forwards fell sharply after the central bank actions, pushing the yuan to 6.95 per dollar. One of the sources noted that the size of the dollar selling operation was “quite huge”.

“The big banks want to get dollar positions from the swaps market to stabilize the spot market,” another source said.

State-owned banks usually act on behalf of the central bank in China’s foreign exchange market, but they may also act for their own purposes or execute orders for corporate clients.

A third source noted that the state banks’ trades appeared to be managed so that the country’s closely watched $3 trillion in foreign exchange reserves would not be tapped for intervention.

At the same time, the measure helps state-owned banks to raise dollars at a time when rising US interest rates have made dollars scarce and expensive.

China burned through $1 trillion of reserves supporting the yuan during the 2015 economic downturn, and the sharp reduction in official reserves drew widespread criticism.