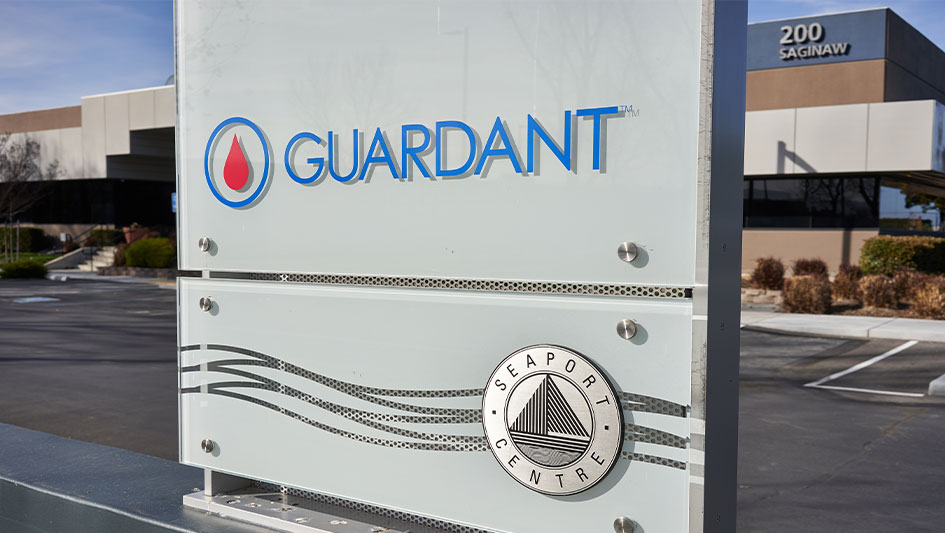 
In the late-stage study, Guardant Health said its blood test had an 83% sensitivity for detecting colon cancer. A highly sensitive test is less likely to miss positive cases. In comparison, Exact Sciences says that the already approved test, Cologuard, has a sensitivity of 92%. Cologuard looks for colon cancer cells in a stool sample.

Investors were looking for Guardant’s test to have a sensitivity of at least 85%, Canaccord Genuity analyst Kyle Mikson said in a note to clients. Still, he doesn’t see the results as a failure. This was a first of its kind study. Furthermore, Guardant’s colon cancer test, called Shield, appears to be a “lock” for Medicare reimbursement. That should help increase sales.

“We think (the stock’s) reactions were a bit aggressive, and recognize that Guardant missed the mark, and these results should lift a meaningful overhang for Exact,” he said. “We have lowered our Shield revenue estimates to reflect modestly slower usage.”

Guardant screened 13,000 people to evaluate the Shield blood test for colon cancer. In addition to having an overall sensitivity of 83%, the Shield had a specificity of 90%. Tests with higher specificity are less likely to report false positives. Cologuard’s overall specificity is lower at 87%. In an email to Investor’s Business Daily, Exact spokesman Jack Hirschfield emphasized that Cologuard has a 90% specificity in patients whose cancer did not show up in a colonoscopy.

“We view the results as mixed with a modest bias to the downside,” Mikson said.

He cut the price target on GH shares to 65 from 99, but kept the buy rating. The overall sensitivity is within his views of 82%-87% and above the 74% required by the Food and Drug Administration for approval.

“In our view, 83% is good enough to guarantee solid adoption over time,” he said.

Guardant also expects the FDA to sign off on the test and Medicare to reimburse the costs.

But there is no sugarcoating the results for detecting advanced adenomas. These are lesions that start harmlessly and become cancerous over time. Guardant’s Shield had only 13% sensitivity for these tumors. It was below expectations for 15%-25% and previous test results for 20%.

“However, it is important to note that the malignant transformation of most precancerous lesions can be 10-20 years,” Mikson said. “Therefore, regular screening should detect cancer at a relatively early stage.”

Mikson maintained his buy rating on shares in Exact. The company has 5-10% of the colon cancer screening market.

“We continue to believe that Exact will approach its long-term target of 40% market share for Cologuard by the 2035 time frame,” he said. The rest of the market will include blood tests, tests that look for occult blood in the stool and colonoscopies.

Similarly, Evercore ISI analyst Vijay Kumar reiterated his outperform rating on EXAS stock. He also has a target price of 60.

Statistically, the tests are not markedly different, Kumar said in a note. But this will have real-world implications.

“There is now a delta of 900 basis points in colorectal cancer susceptibility,” he said. “Or, for every 1 million individuals screened, Exact will detect approximately 315 or 10% more cancers than Guardant.”

The market is still open

Despite the approval of Cologuard in 2014, there is still a large market for colon cancer screening.

Patients do not always follow their doctor’s orders to submit a stool sample for cancer screening. Citing two studies, Guardant estimates that only 43-66% of people whose doctors ordered a stool test to check for colon cancer actually completed it.

Meanwhile, about 49 million people are eligible in the United States for colon cancer screening.

“We are confident that a high-sensitivity blood test can play a critical role in improving screening compliance rates by providing an accurate and convenient blood test to those unwilling to be screened,” said Guardant Co-Chief AmirAli Talasaz in a written statement.

Nevertheless, the news sent the GH share into a tailspin. Shares have a low relative strength rating of 19, which places them in the lowest fifth of stocks in terms of 12-month performance, according to IBD Digital. The EXAS share has a slightly higher RS ​​rating of 46.