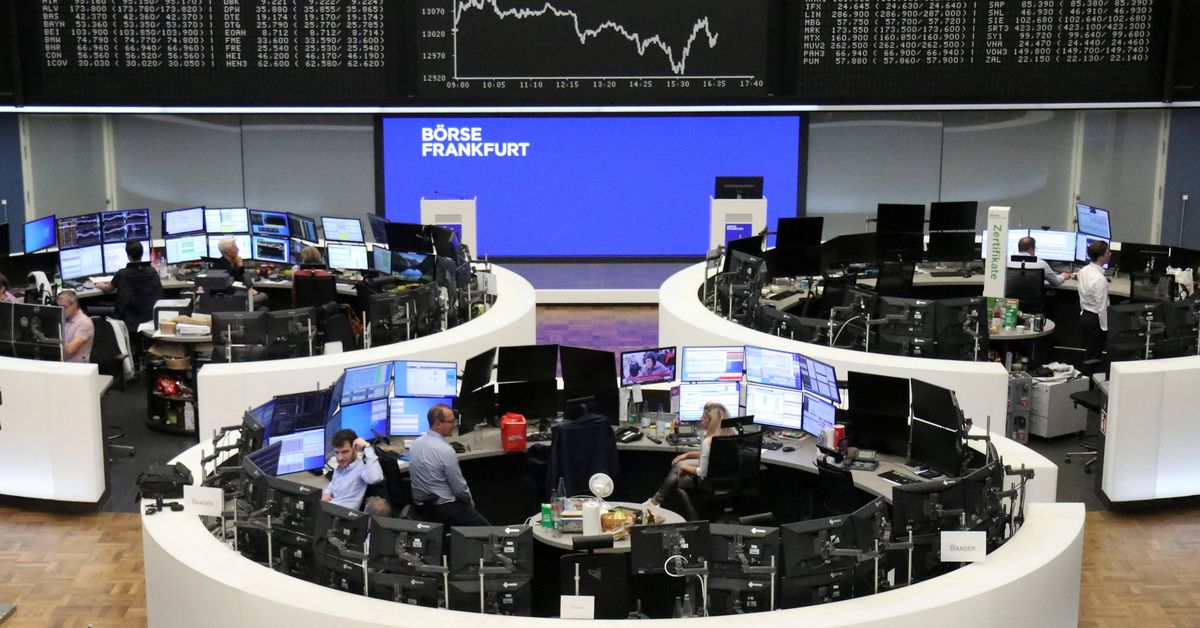 LONDON, Sept 16 (Reuters) – European shares fell on Friday and Europe’s benchmark yield on German 10-year bonds hit its highest since mid-June as investors braced for a U.S. interest rate hike while warnings from the World Bank and International Monetary Fund stoked fears of a decline.

The World Bank’s chief economist said on Thursday that he was concerned about a period of low growth and high inflation in the world economy. The International Monetary Fund said downside risks continue to dominate the global economic outlook, but it is too early to say whether there will be a full-scale global recession. read more

In Britain, retail sales fell more than expected, another sign the economy is slipping into recession as the cost-of-living crisis squeezes household disposable spending. read more

“We are now seeing data confirming that the economy is indeed slowing down,” said Axel Rudolph, market analyst at IG Group.

“I expect stocks to go back to below their March lows. If you’re in an environment where you have central banks aggressively raising interest rates, historically this has always led to bear markets.”

The pound weakened to a 37-year low against the US dollar. read more

The yen could race towards its lowest level in three decades before the turn of the year, according to market analysts and fund managers. read more

The euro was slightly lower at $0.9961. Germany’s two-year bond yields hit a new 11-year high after the European Central Bank’s vice president said an economic slowdown in the euro zone would not be enough to control inflation and the bank would have to keep raising interest rates. read more

Germany’s benchmark 10-year bond was up 3 basis points on the day at 1.765% – after hitting its highest since mid-June in early trade.

Oil prices rose but were headed for a weekly drop on fears of a reduction in demand. read more

Reports on the intersection of finance and technology, including cryptocurrencies, NFTs, virtual worlds and the money that powers ‘Web3’.