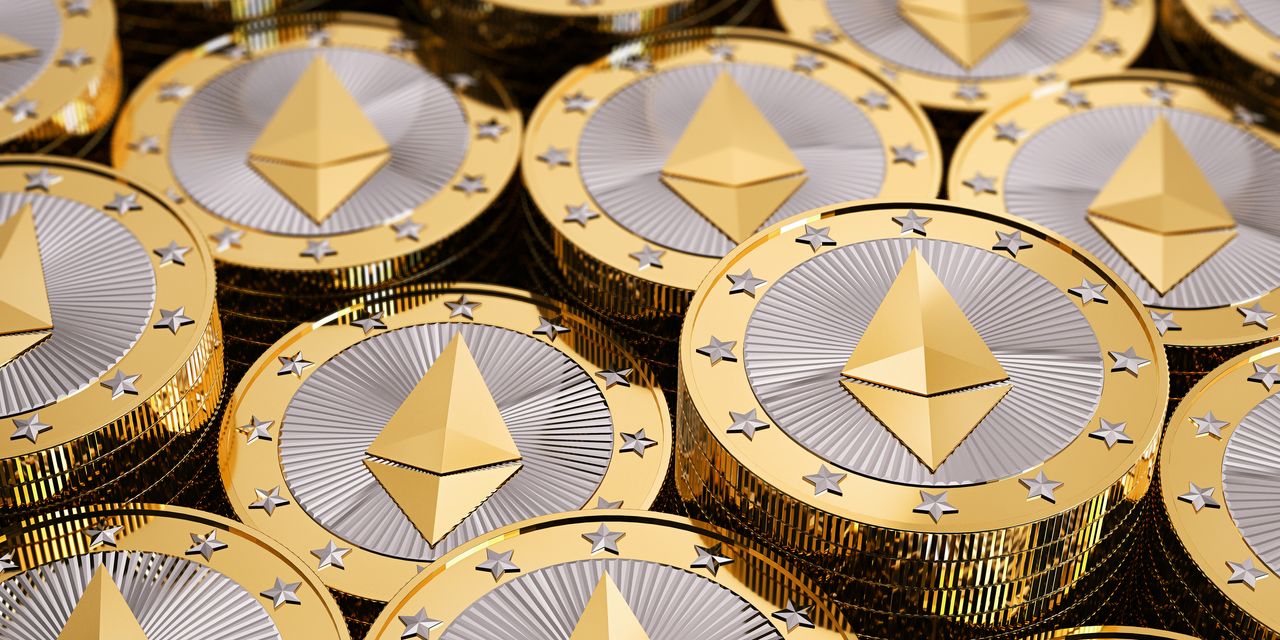 
Ether
faces disruption as the blockchain network behind the world’s second-largest cryptocurrency nears the end of a critical upgrade.

The final phase of Ethereum’s “Merge” is now about a week away. Expected to end around September 15, it will change the mechanics of processing transactions from the current “proof of work” system to a method based on “proof of stake”, designed to be far less energy intensive. Among other changes, it will eliminate the process of “mining” Ether tokens.

But the next week could be particularly difficult for Ethereum’s native token, Ether, and related cryptos. Some decentralized finance (DeFi) trading and lending platforms have imposed restrictions on Ether lending amid a flurry of activity.

(ticker: COIN) has warned users about delays. Coinbase told users on Wednesday that during the merger it would briefly pause deposits and withdrawals of Ether. Also affected will be ERC-20 tokens, which are used on the Ethereum network as a basis for trading and lending in “smart contracts”, and to create non-fungible tokens, or NFTS.

This break will also affect transfers on the Optimism and Polygon networks, according to Coinbase, and may take 24 hours to resolve after the merger.

A slight disruption is to be expected, given the magnitude of the merger’s impact on crypto. Ethereum is the largest crypto network after Bitcoin and it is widely used for trading, lending, NFTs and all kinds of DeFi apps. It also plays a foundational, or Layer 1, role in other blockchain projects and networks, including Polygon and Uniswap.

Interest in Ether and related products has increased in the months leading up to the merger. The token is up around 50% from its June lows, while its larger peers,

But traders looking to jump on the Ether train may find it difficult to do so as the network undergoes a sea change.

Indeed, Coinbase is not alone in warning of disruptions.

(HOOD) announced last week that it would stop withdrawals of Ether as well as six other tokens, including “memecoin”


Shiba Inu,
during the merger. Bitfinex, another crypto exchange, said it would similarly halt deposits and withdrawals of Ether and associated tokens.

“Concerns regarding trading instability are certainly reasonable given that the upcoming merger is a technical overhaul of a vibrant global network where hundreds of billions of dollars are deposited, traded, borrowed and lent monthly,” said Sadie Raney, CEO of Crypto. the hedge fund Strix Leviathan.

“Beyond the technical risks, there are also several discordant opportunities arising from the event,” Raney added. It includes aggressive trading strategies that can increase volatility in DeFi lending and borrowing apps.

Crypto miners will be left behind in the merger. But they are not going down quietly – they are planning rival Ethreum networks to compete with their own related tokens. Their networks will still use the old “proof of work” system where computers must solve complex puzzles to validate transactions.

That creates more uncertainty in Ether, and it has prompted several exchanges to say whether they will support the rival tokens. Coinbase, Binance, FTX and Bitfinex say they will use their common standards to decide whether to list rival Ether tokens, based on competing blockchains. The Uniswap trading platform and the backers of the USDC stablecoin have committed to exclusively support the Ethereum blockchain and its token.

However, some crypto traders see opportunities in the new “forked” Ether tokens. The rival tokens are set to trade at around $18 each, based on an analysis of futures contracts by crypto investment firm Paradigm. The rivals may turn out to be worthless, but there is a chance that Ether holders could receive an equivalent amount of the rival token once the merger is complete – an incredible payoff if it pans out.

That is partly why borrowing of Ether has increased on some DeFi platforms. If it all falls through, however, platforms could face a liquidity crisis, says Strix Leviathan’s Raney, who added that the risk applies to the larger ecosystem.

Some DeFi platforms are taking action now to try to maintain stability. Lending platform Aave temporarily suspended Ether loans on Wednesday. Another platform, Compound, has limited the amount of Ether traders can borrow and is adjusting the prices of the token.

Perhaps the only certainty: Volatility will continue to hit crypto until The Merge is complete.

Write to Jack Denton at jack.denton@dowjones.com